They're one of the best value brands, but not necessarily the best overall.

Boss pedals have consistently struck a good balance between price and quality. While they aren't necessarily the best in terms of pure quality and performance, the value you get from these pedals - because of their low price - has long been regarded as one of the best deals in the world of guitar pedal retail.

Boss pedals are extremely popular for their simplicity, consistency, and better than average tone quality. They're not shooting the moon with anything particularly fancy, but instead have released small stompboxes over several decades, mostly in the same form, and often with little more than color to distinguish them at a quick glance.

For many guitar players, this is enough. They don't need complexity to control their effects. They just want something simple.

Boss pedals are also popular with people who want a separate stompbox for each effect, as opposed to lumping them all together in a multi effects pedal.

And all this brings us to our question: Are Boss pedals the best?

That depends on what you mean by "best."

Table of Contents (click to jump)
They're one of the best value brands, but not necessarily the best overall.
Quality VS Value
Boss's Small Stompboxes
The Waza Craft Series
Boss Large-Form and Multi-Effects Pedals
Conclusion
Related Articles

When you're talking about the "best" we're usually dealing with one of two meanings:

The first "best" is simply a matter of quality. In other words: Is it just the nicest guitar pedal (or pedals) on the market? Does Boss make guitar pedals that are literally nicer than everyone else's?

If that's what you mean, then the answer is no. Boss makes great pedals, but there are plenty of other brands that are objectively better (sound better, offer more control, etc.) than Boss pedals.

The second way to look at whether something is "the best" is combining quality with price. For the consumer, that should be the highest possible degree of quality at the lowest possible price. For many, the best option is the product where those two factors intersect.

In a lot of cases, Boss is arguably giving you the best possible quality and the lowest possible price for said quality, without necessarily being the best overall.

This is mostly in regards to their small form stompboxes, the ones you're probably most familiar with. 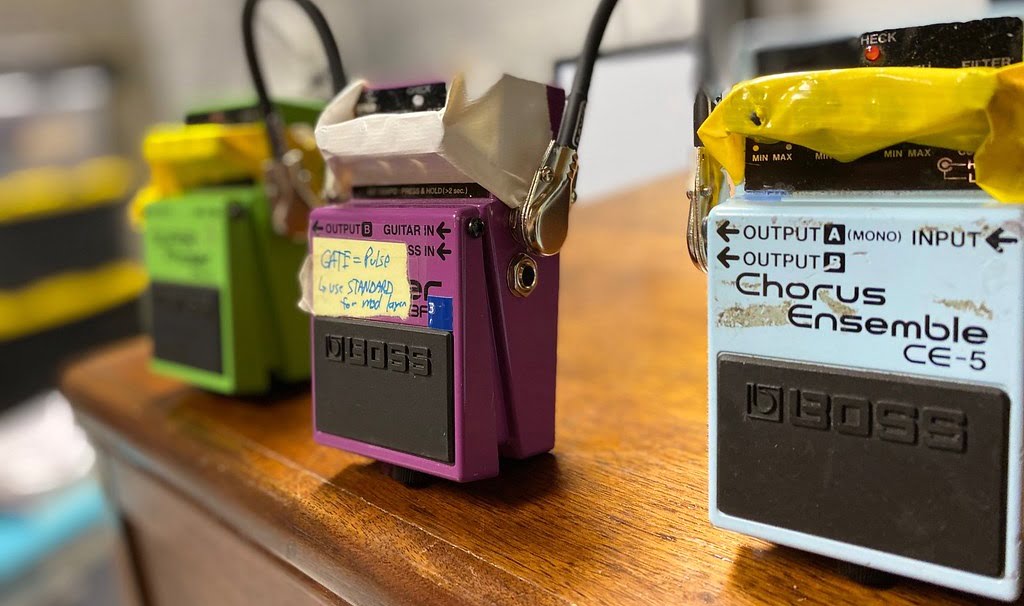 The familiar small form Boss pedals have been some of the most popular guitar pedals, now spanning multiple decades.

These are typically the pedals from Boss that give you a high value mark. Many are between $100 and $200, or even less in some cases.

The newer Waza Craft series has taken several older Boss pedals and revamped them with an analog circuit and a fresh coat of paint. These are more expensive, but they are legitimately some of the nicest single-effect pedals on the market, getting closer to that "best overall" status.

Boss also produces a lot of larger-form multi-effects pedals, which I'm not as familiar with and not generally a fan of. Multi-effects pedals are harder to gauge because there are so many of them with so many effects. Besides, the Line 6 Helix and Kemper Profiler series have basically shot the moon in the multi-effects market.

So are Boss pedals the absolute best pedals on the market?

But are they at least top three in terms of value? I would say, yes.

You could even make an argument for them being the best value of all the brands currently available. And they're certainly one of the most popular.

If it's a question of whether or not you should feel comfortable buying Boss pedals, I don't have any hesitation on that front. They're a great company that consistently puts out solid effects pedals at reasonable price tags.

The comments section is open below if you have questions about Boss pedals.

I'll help out as much as possible.