Per our conversation in the comments section, it's clear that the amount of modification required to put an active pickup in a Gibson (or Epiphone) ES-335 would be significant and not practical for most DIY jobs. We're re-working this article to focus on passive pickup options for the ES-335, and make note of this concern in the "active vs passive" section. Hat tip to Brian in the comments.

Best Pickups for An ES-335 Upgrade (our top picks)

Though we'd love the smoothness and balance of an active pickup here, like the Fishman Fluence, we'll go with the Pearly Gates set from Seymour Duncan for a far simpler installation process and a hotter, higher-output tone that balances out nicely with the warmth of the semi hollow-body design.  Think sweetness and warmth but with some added grit on more aggressive picking movements.

We're looking at some of the best pickups for an ES-335 upgrade, which you might want to consider for a couple of reasons: Either to improve tone quality or to adjust your tone to a specific style or sound.

Because there are two different versions of the ES-335, with very different pickups:

The Epiphone version costs between $550 and $600 and comes with stock Epiphone pickups, which are a great candidate to be replaced for something nicer. With the Epiphone ES-335, the issue is quality, unless you just want to live with the stock pickups from Epiphone.

On the Gibson ES-335, the issue isn't one of quality as much as style.

Hovering between $3000 and $3700, the T-Type humbuckers that ship with the Gibson ES-335 are decent pickups, though we'd prefer to see something like the Gibson-branded Burstbucker, like in the picture below:

Front shot of a Gibson ES-335. What are some of the best pickup options? Flickr Commons image via Mental Rudi

Even then, if you want to put in your own humbucker to be more accommodating of your own style, the ES-335 is a great candidate for a pickup swap, regardless of the Epiphone/Gibson distinction. You might just be swapping them for different reasons.

In this article, I'll make recommendations of humbucker sets for an ES-335 pickup swap, highlighted in the table below.

Note that we link to Sweetwater to help support Guitar Chalk, yet at no extra cost to you. Consider shopping through our orange buttons to help us out and keep the content flowing. Thank you.

Table of Contents (click to jump)
Best Pickups for an ES-335: Top Replacements
Pickups We've Used and/or Tested
Can active pickups work?
Distortion VS Clean
What pickups does the Gibson ES-335 come with?
Installation Guide
Should I still upgrade if I like the out-of-the-box tone?
More questions? 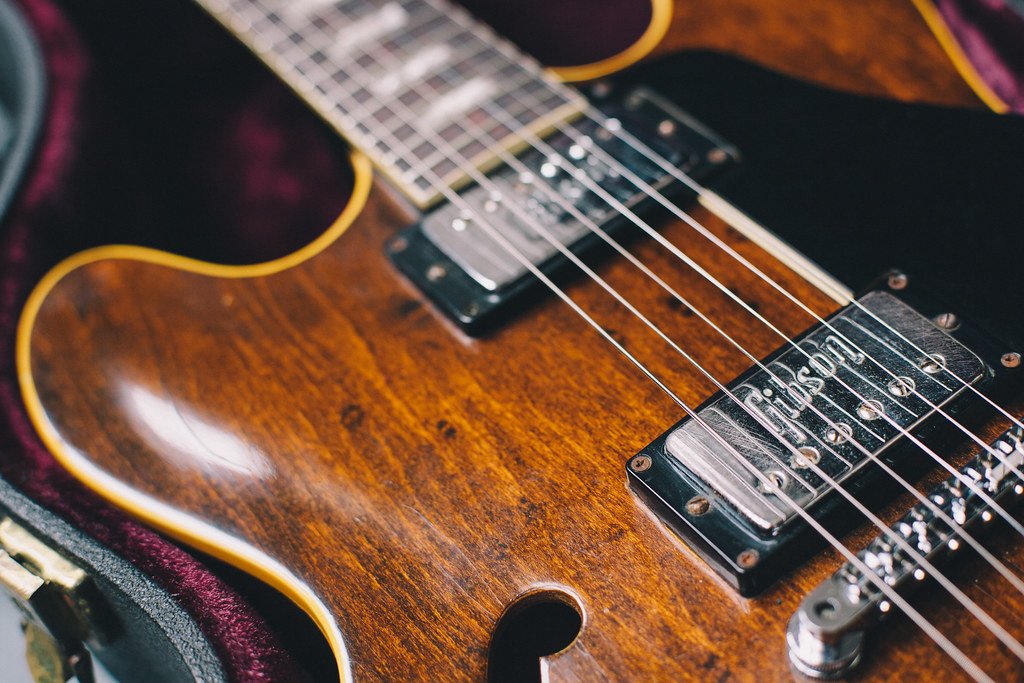 A closeup of the Gibson ES-335 with Gibson-branded humbuckers.

We've either used or tested all of the pickups recommended in the above table. And we like them for the ES-335 - either the Epiphone or Gibson version - because of their high overall quality, and because of how well they respond in hollowbody electric guitars with a warmer tone.

Clean tones will sound big and punchy, while distortion will sound smooth, full and saturating.

We just want to be clear that if we've left something out, it's because we just haven't been able to verify it first hand. Our picks are derived from gear that we've actually used and tested ourselves.

That's where you come in.

If you've tried a pickup or humbucker set with the ES-335 that we didn't mention here, share your story in the comments section below.

Though we'd love the combination of the ES-335's tone and active pickups, it seems that in most cases the DIY job would be an extremely heavy lift. Issues with running pots, an input jack, and a battery compartment would require significant mods to the body of the ES-335, which could potentially derail the tone quality of the guitar, which we're trying to preserve/improve in the first place.

So while there are examples of this working, they're few and far between.

We'd recommend sticking with passive pickups, whether you're dealing with ceramic or alnico magnets.

For more info on this, check my conversation with Brian in the comments section.

How will these pickups respond to distorted and clean tones?

When testing and analyzing pickups, we tend to focus on a base clean tone more so than distortion. Because if you get clean tones right, the distortion will usually sound good as well.

However, we have also used these pickups with modest amounts of gain from distortion pedals and dirty amplifier channels.

For testing, we used Fender Tube amps and a Mesa Boogie Rectoverb, giving us a vintage overdrive and modern distortion to work with. With the ES-335, we think it sounds best clean, or with just a slight amount of bluesy breakup. Thus, we'd recommend the following:

What pickups does the Gibson ES-335 come with?

If you buy direct from a company like Sweetwater - assuming you're buying brand new - the Gibson version of the ES-335 comes with the following pickups (both are humbuckers) at the bridge and neck positions: 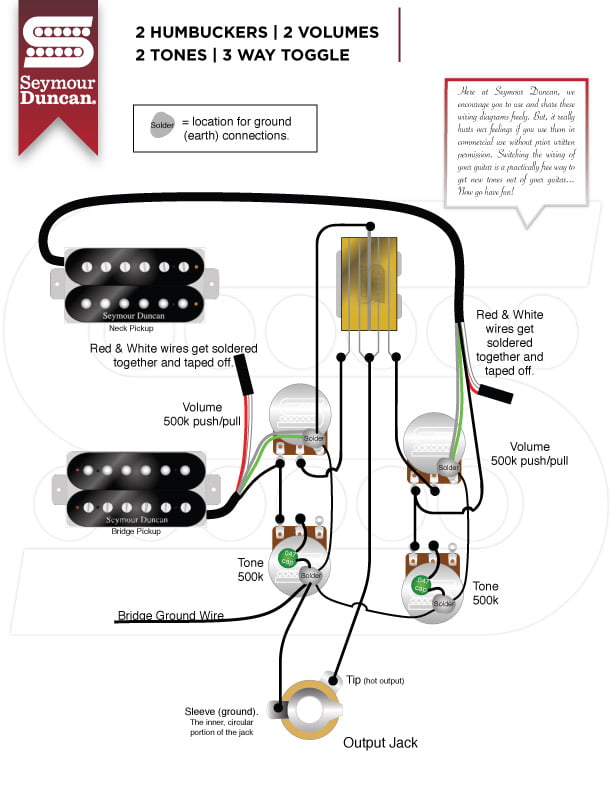 The wiring diagram we'd recommend for humbuckers on the ES-335, Gibson or Epiphone. Image via Seymour Duncan

Do I need a soldering gun for installing the pickups?

Unless the pickup manufacturer states otherwise (some pickups have unique connection systems), you will need to use a soldering gun to solder the wires into place. You can find these at hardware stores or online at most major retailers. They're also not terribly expensive.

Should I still upgrade if I like the out-of-the-box tone?

If you're happy with the tone - as it sounds with the included pickups either from Gibson or Epiphone - we probably wouldn't recommend upgrading unless you have a really specific style in mind.

For example, if you wanted it to sound a little more modern and edgy, go with the Fishman Fluence pickups.

Or if you want it to sound warmer and more vintage, go with the Seymour Duncan Saturday Night Special or Pearly Gates set.

Don't change pickups just for the sake of changing. If you like the ES-335 as-is (regardless of brand) there's nothing wrong with keeping it that way.

As a reminder, if you've used a different pickup with the ES-335 than what we've mentioned here, let us know how it went.

Maybe you just stuck with the stock pickups and you were happy with it?

Either way, we'll chat about it.

Written by Bobby on Guitars and Upgrades