Note that pricing, and the $500 threshold, has changed and that you might see a range of retail both above and below $500. We've decided to maintain the title of the article and just update with models and series we've recommended for years. We've added the Blackstar HT5R MKII, and the Hughes & Kettner TubeMeister Deluxe 20.

Versatile, affordable, and all the flavor of what we love about Marshall, the DSL series is simply one of the best-value guitar amp purchases on the market. Both the head and combo versions are excellent on nearly every measurable quality marker.

In a way, an amp purchase is a much tougher decision than an electric guitar.

An amplifier is that other thing you’ve got to buy, which can be frustrating, when all you really want is to get your guitar and play. You need to find a way to replace your amp without having to spend top dollar on the world's best tube amp and without exchanging one crappy amp for another. Moreover, it would be really nice if you could get that authentic, warm tube tone that the best guitar amps are known for.

It can happen if you know where to look.

In this article we're looking for the best tube amp under 500 dollars, and have narrowed our selection down to four favorites, listed in the following table: 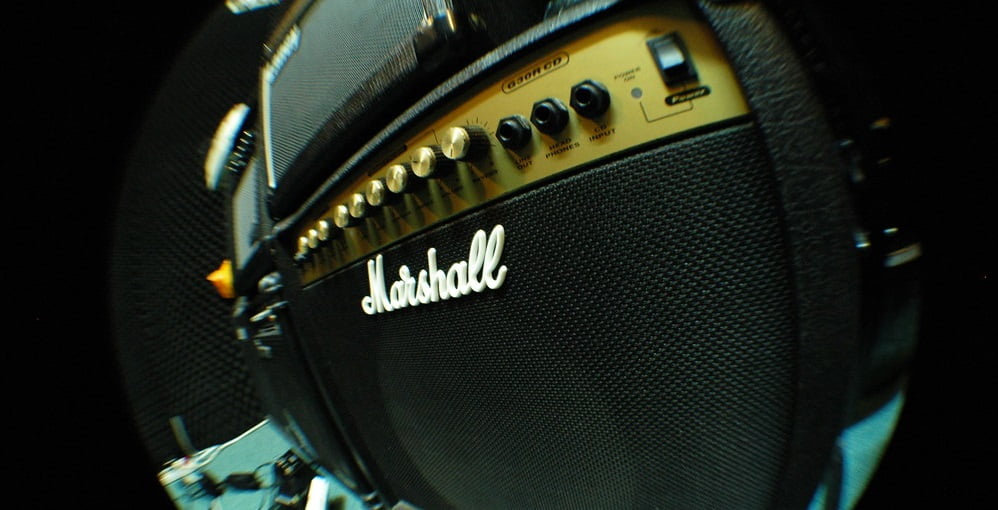 As expensive as their nicer amps may be, Marshall provides a lot of really nice and affordable tube amps. Flickr Commons image via Jimmy Sneer

The DSL 15H sounds and feels like genuine, powerful Marshall tone, and is exactly what you would expect from a brand that has produced some of the best guitar amps in existence.

For decades now, Marshall has been one of the best amp manufacturers, routinely living up to lofty expectations from professionals and amateurs alike.

While small, the 15H is no exception to the Marshall norm.

Since you have the two channels and tailored GAIN controls for each, the DSL 15H is completely accommodating for small rooms and practice environments.

It can be as loud or as quite as you want, able to handle mid-sized gigging venues or bedroom practice.

Either way, you get the full effect of Marshall’s tube-driven vibe. There’s little need to go with a smaller one. 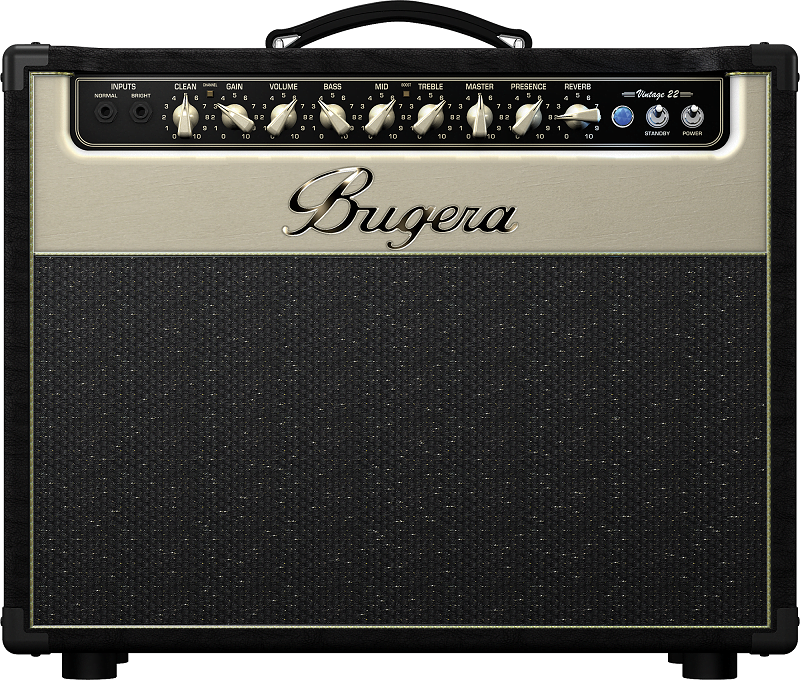 You might be wanting the tube amp or needing the lower price but want (or need) a larger-sized amp.

The V22 Infinium alleviates that issue because it’s just bigger.

There’s still only one 12″ speaker but, the entire amp weighs just short of 55 lbs, much larger than most of the other amps in this list.

Without a pedal, I don’t like the V22’s high-gain settings for metal or hard rock. It’s smooth and bluesy but not heavy.

If you like having the warmth and thickness of the clean sound, just add a distortion pedal and forgo the gain knob on the V22. 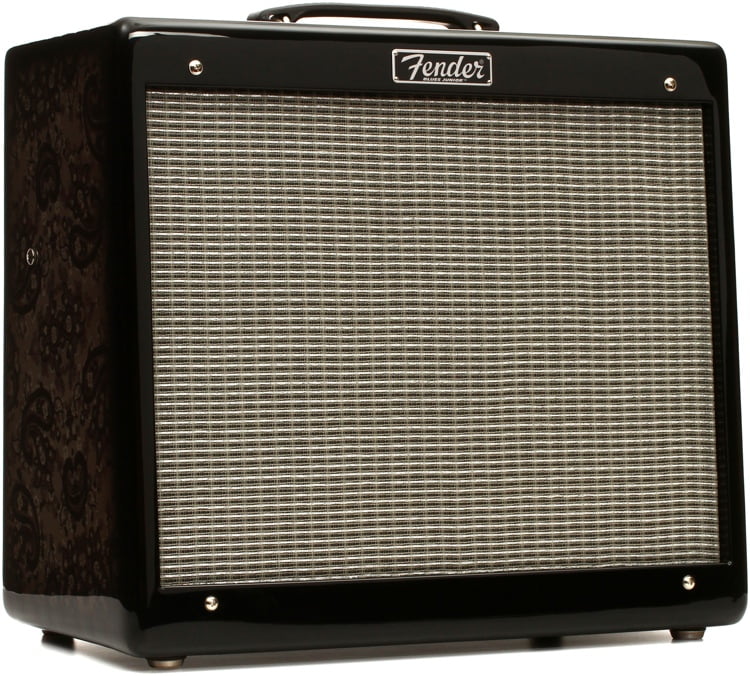 Many tone qualities of the more expensive Fender Deluxe (which I owned for a long time) and Deville are embodied in the Fender Blues Junior sound.

The tone is warm, bluesy and completely organic.

Some of the most popular tube amps in existence come from this series and the Fender brand.

The Junior series sounds like what you would expect from a high-end Fender tube amp.

Three preamp and two power tubes (12AX7s and EL84s) create a resonance and dynamic response that is sensitive to your pick (or fingers) making a remarkable distinction between rhythm and lead play.

While blues and jazz players will find it the most appealing, it lays down a beautiful clean tone that can serve as a baseline for any style.

We like it better for live performing then recording, just because there's no line out.

IDEAL FOR: Clean tones, church, pairing with a distortion pedal, and blues

While designed to be portable, the Hughes and Kettner Tubemeister Deluxe 20 offers a lot more than mobile convenience.

Its sound quality is particularly strong with high gain levels, especially since its clean tones tend to get a little gritty on even moderate gain and volume settings. The differences between the Deluxe 20 and other heads like the TubeMeister 40 and the Black Spirit 200 is primarily wattage and the number of channels.

Though it is worth noting that the Black Spirit is a solid state circuit while the TubeMeister series is all tube powered.

Like the Blackstar series, they're all going to be uniquely appealing to hard rockers who are looking for something that will often be played using a distorted signal.

What are the Power Soak and Red Box features?

On the back of the amp you’ll notice a Red Box DI Out and a Power Soak switch. The Red Box DI Out allows you to go straight into a mixer and PA system while still preserving a balanced or "line level" signal.

The Power Soak option allows you to select the power output of the amp, depending on what volume levels you need to maintain.

You can choose from the full 20 watts, five or one. Together, these features effectively allow you to use the Tubemeister amps as a tube-driven signal processor and forgo the need for an external speaker - or "speaker off" mode - if you so choose.

With a rich history behind its brand VOX does an exceptionally good job of creating low-cost amplifiers that maintain the richness and warmth of the VOX tone.

Cost-cutting is done by bringing down wattage and size, including only one speaker and simplifying the EQ.

The real meat of VOX tube amps is still intact, which means nothing about its tone sounds cheap, digital or manufactured.

It’s a completely organic resonance that sounds the part of a larger, professional rig.

Blackstar, as a brand, consistently does a good job producing cheap metal-friendly amps.

This particular model (currently the HT5R) gives you the two footswitchable channels and even includes the footswitch, along with a more thorough control scheme than its predecessor, the HT1.

Moreover, it includes the familiar three-band EQ along with a an ISF switch, which functions similar to the American / British control in the Defender V15.

The combo amps from the Blackstar HT series are ideal for metal, modern rock or any situation where you want to get high gain levels directly from you amplifier.

IDEAL FOR: Modern rock, heavy metal, and for those needing a reliable amp-based distortion source

The nicest 15 watt tube amp is going to be far better than an average 100 watt solid state amp.

Look for amps that are lowering cost by offering a low wattage version of a nice tube amp. A good strategy is to look at a reputable tube amp series and just target the smaller variations.

A few amps from the Marshall DSL series.

This means you get the sound quality and tone of a more expensive amp, but in a smaller box.

Avoid the Features that Don't Matter

An amp with built in effects, extra picks, “rock star settings” and all those other gimmicky add-ons don’t help your tone.

Steer clear of the amp kits and avoid the cheap beginner or practice amp Easter eggs. While you can’t always be certain where a company might be cutting costs, the tone of a small tube amp is not something that can be easily masked.

Amp manufacturers can’t bull crap their way to great tone. This means that if you shop simply based on tone-related features, you’ll always be better off.

The difficult thing about diagnosing an amp for a pedal, is that it’s a bit of a backwards errand. The ideal pedal-friendly tube amplifier will depend a lot on which pedal you’re using. I would advise to first find a tube amp you like, then choose your pedal from there.

Also note that the distortion of a good tube amp’s gain channel is often preferable to that of a pedal. In fact, if you don’t have a distortion pedal already and you buy the tube amp, wait and see if you’re satisfied with your amp’s distortion first, before you go out and buy a pedal.

You may find that the amp’s distortion sounds better to you than what you might be getting our of a pedal.

The technology in solid state amplifiers has improved over the years, though tube amps still retain their status as the more genuine and desirable of the two options. Tubes just produce a warmer and more full tone than what you’ll get with solid state circuitry. The difference between tube and solid state amplification is typically easy to recognize from a sound-quality standpoint.

Solid state amps are also becoming more digitized with built-in effects and other features that are harder to produce in a tube amp.

Thus, tubes are the more “organic” and purist-friendly approach, which means guitar players tend to prefer them. You’ll seldom see the pros with solid state rigs.

What do you think about the tube amplifiers list?

Have something in mind that should have been added?

If you know of another good tube amp option under 500 dollars that deserves a spot on this list, let me know in the comments section below.