How much does the Gibson Les Paul 1959 Cost?

There are a lot of versions of the Gibson Les Paul 1959 Standard, though differences are subtle. The Ultra Light Aged bodies are typically middle-of-the-road in cost, with the aged Maple top version currently retailing for $7,499.00

There are several versions of this guitar with a span of retail cost between them, which is usually a difference of about $2000-$3000. The tracker we've used in the above box targets the version that runs in the middle of each extreme. The difference in each version seems to be primarily based on the finish.

The more intricate the finish (heavy, light, etc.) the more expensive the guitar.

Note that all the pricing we have listed is updated live, so you know you're getting current numbers.

We link to products from retailers we partner with to help support our site, but this adds no extra cost if you make a purchase. Also note that this page is not a recommendation or review, but simply a pricing tool for those already interested in the Gibson Les Paul 1959.

Sweetwater carries a lot of the 1959s (we counted 16 total at the time of publishing this page), and they tend to be a fairly solid barometer of where a guitar's market value stands. They don't do a ton of discounts, but are usually pretty fair about the price. Our price alert and history tool below are based on Sweetwater's retail. 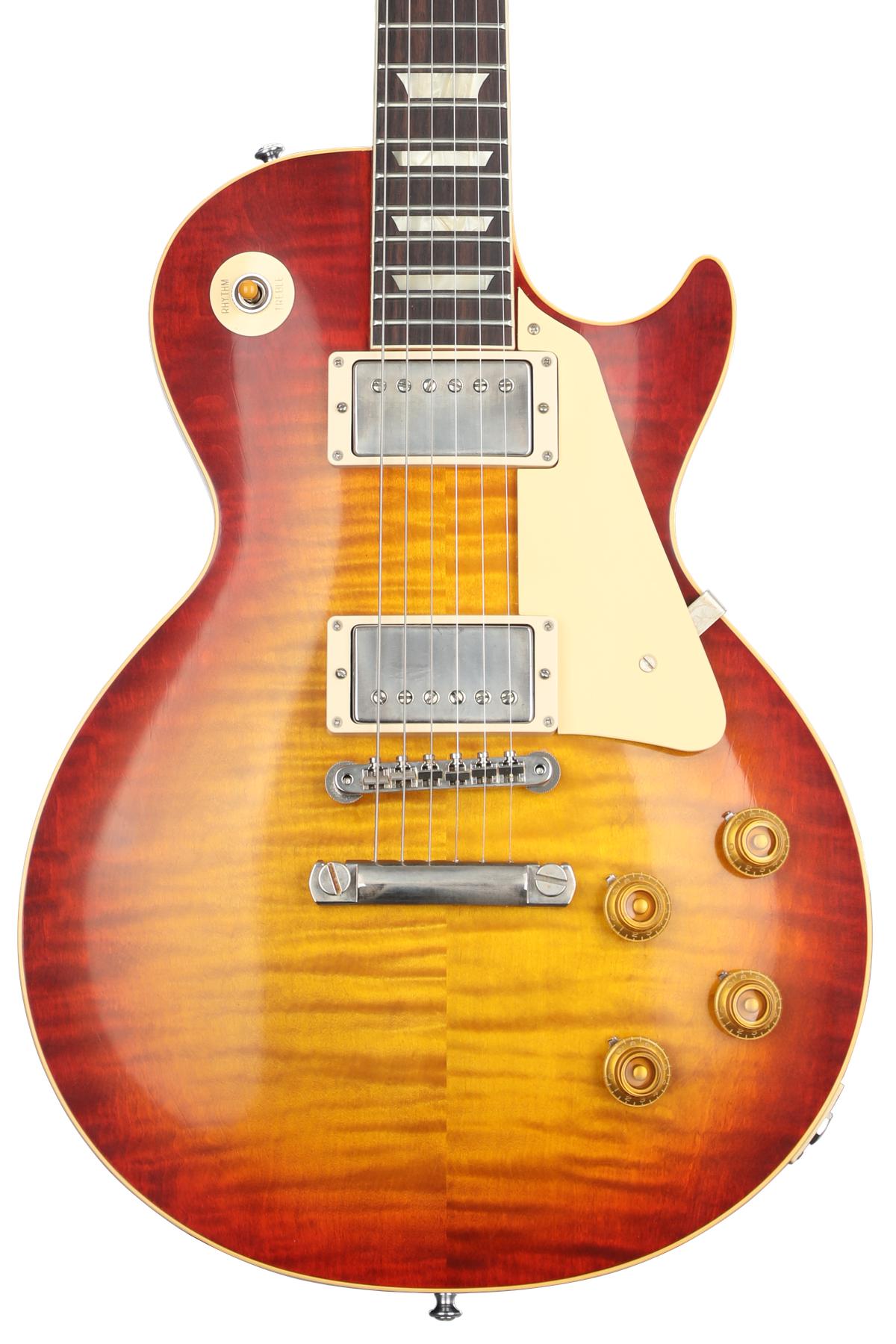 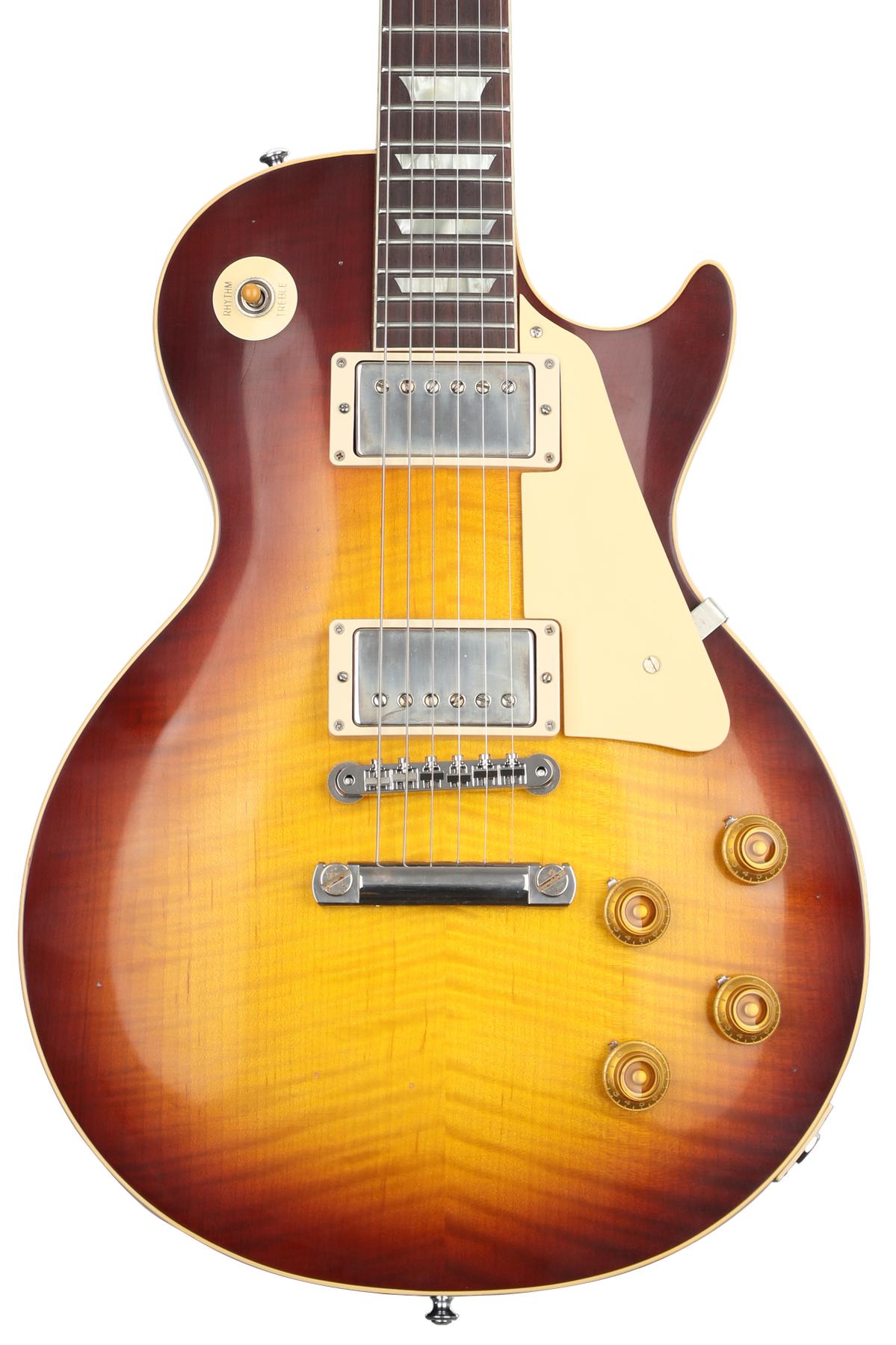 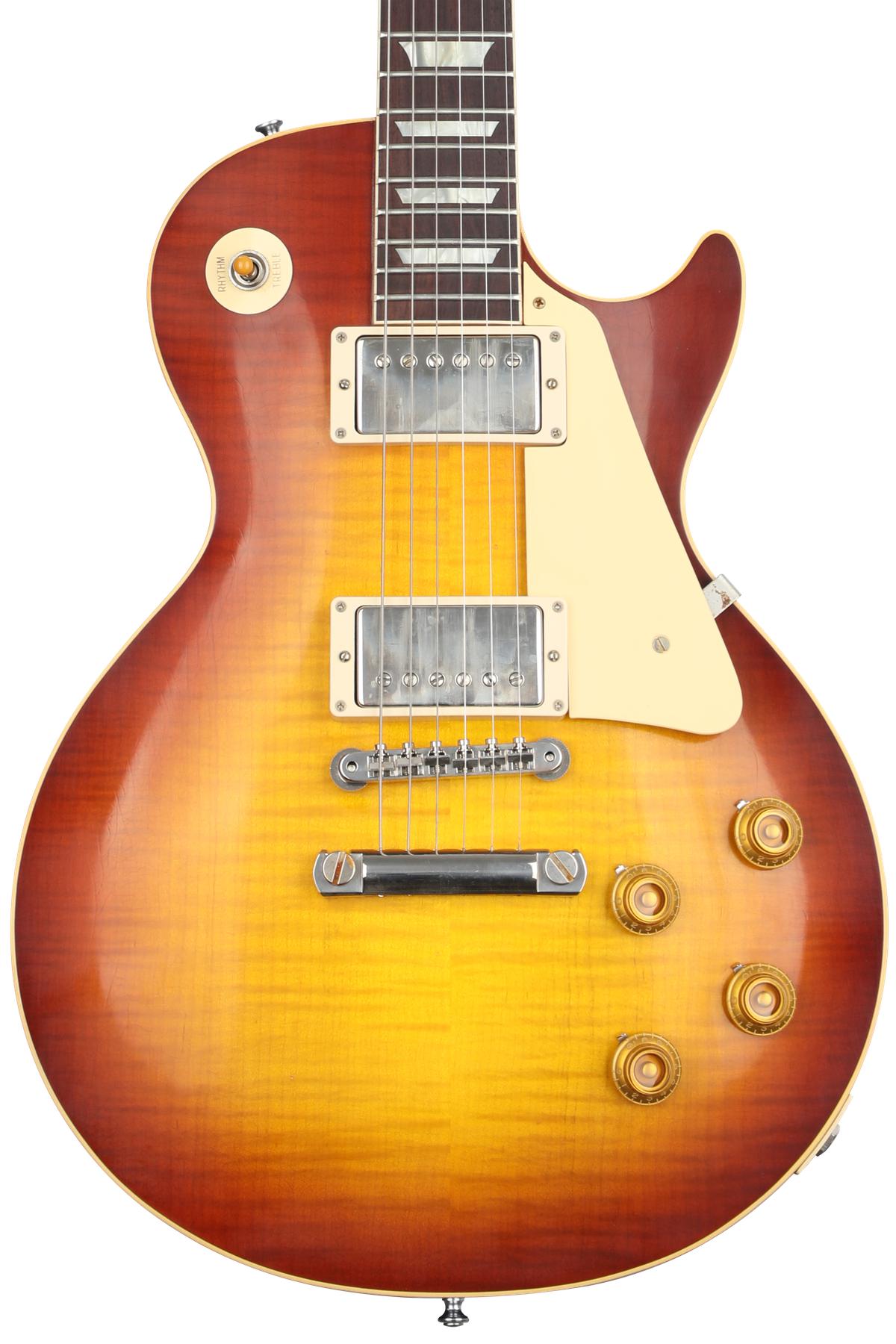 Gibson is fairly picky about their resellers especially when it comes to broad retailers like Amazon. We haven't seen a Gibson on Amazon ever, and other retailers are also more limited. For the 1959, we were only able to find one on eBay, so if you want one, Sweetwater is - by far - your best option.

There are other options on Reverb, which will cover down below the price history tool.

An instrument like the Gibson Les Paul 1959 is more likely to increase in value and isn't the type of guitar we'd expect to drop in price too often. Still, if you want to take a chance at catching a deal, this price drop tool will send you an email (you won't be put on a mailing list) if and when that happens.

The longer this chart stays up, the more data it will have. If you only see one bullet point that's because the chart has been posted more recently and there haven't been any changes to track. Again, pricing for the 1959 (and expensive guitars in general) doesn't change as often as cheaper instruments.

One place that will give you a fair amount of used options is Reverb, simply because - unlike eBay - their focus is only on musical instruments.

Because of the way they have their database setup, we can't include them in the pricing tools above, but you can use the button below which links to a search term that will pull up all the Gibson Les Paul 1959 entries on Reverb. Typically used discounts run in the 15 to 20 percent range, depending on the model year.

It's also important to note here that the Gibson Les Paul 1959 price will depend heavily on the year a given model was released. In most cases, especially with popular models like the Les Paul, new versions of each guitar are released on a yearly basis, just like cars.

Once a model like the Gibson Les Paul 1959 gets some significant age, it will tend to go up in price.

New models are also going to be more expensive than models that are a few years old (three to six years is usually where you see the price drop).

So pay attention to the year if you're trying to buy used.

But in most cases, we'd recommend buying new, if for nothing else to have some support and protection with such a significant investment.

If you have questions about the Gibson Les Paul 1959 price, drop them in the comments section below and we'll help out.