We recommend Guitar Tricks in general for getting a solid topical order of guitar concepts. Learning chords in order is baked into their Fundamentals 1 and 2 courses, including power chords and basic open chords. They are a great option for structured, linear guitar lessons.

This is an article addressing how to learn guitar chords in the proper order, providing both instructional content and some tools/resources that you can utilize to optimize this process. Most people start with the basic open chords.

But is that the best way to go?

I would argue that it's not. Instead, you should learn guitar chords in an order that challenges you in increments and builds skill in a path.

I'll get right down to it and outline that process.

We sometimes recommend products from companies we trust and have used ourselves. Guitar Tricks is one of those companies and they're fantastic. If you click through and buy a membership, or even just a free trial, we might receive a commission at no extra cost to you. It's a great way to support us and get some solid guitar chord help.

Here's the simple list of how to learn guitar chords in order. We'll then do a list with more detail below.

In the expanded quick step list below, I'll outline the order by which you should learn chords with some more explanation.

Getting started with dyads

Here are a couple examples of dyadic chords you can use to get started. They're also what you would call power chords, assuming the root is positioned on the fifth or sixth string. 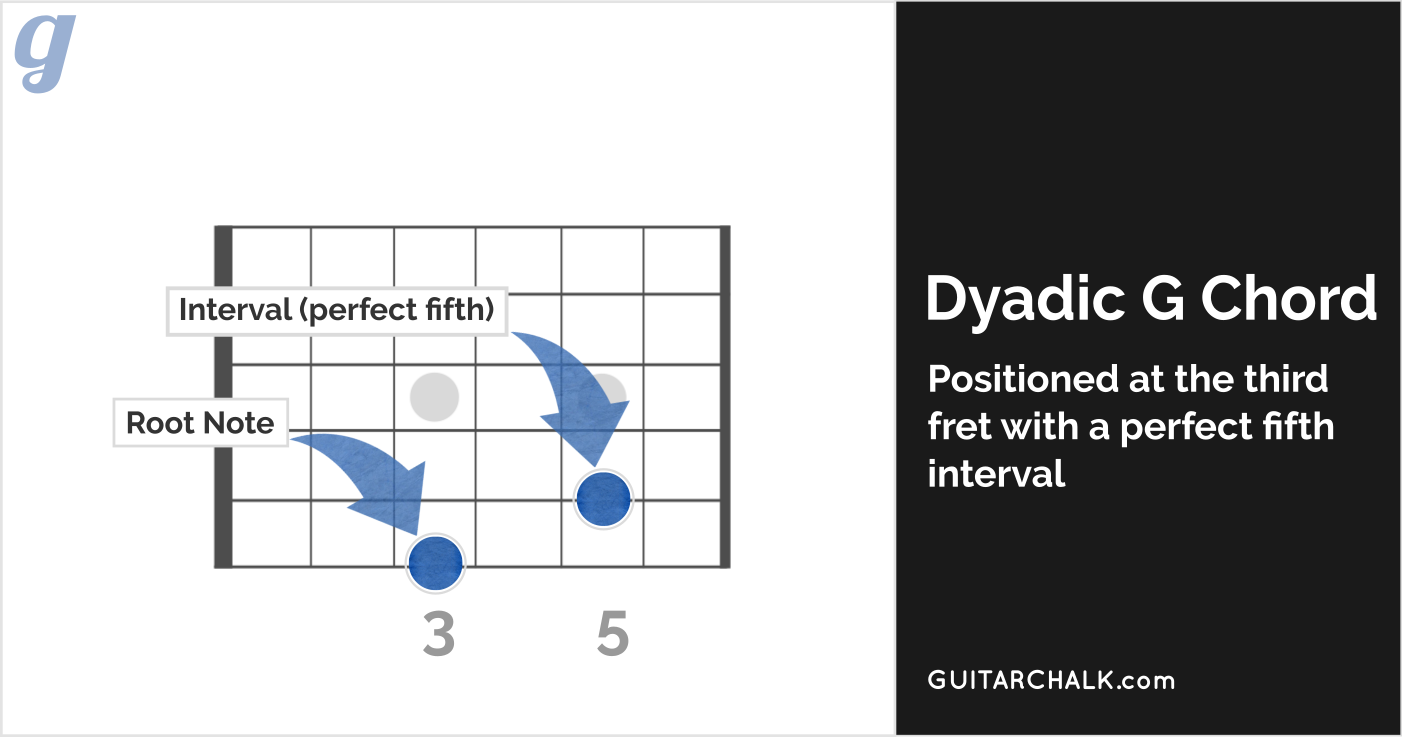 A dyad positioned at the third fret. This same shape can be positioned at any fret on any of the sixth, fifth, or fourth strings (thickest). 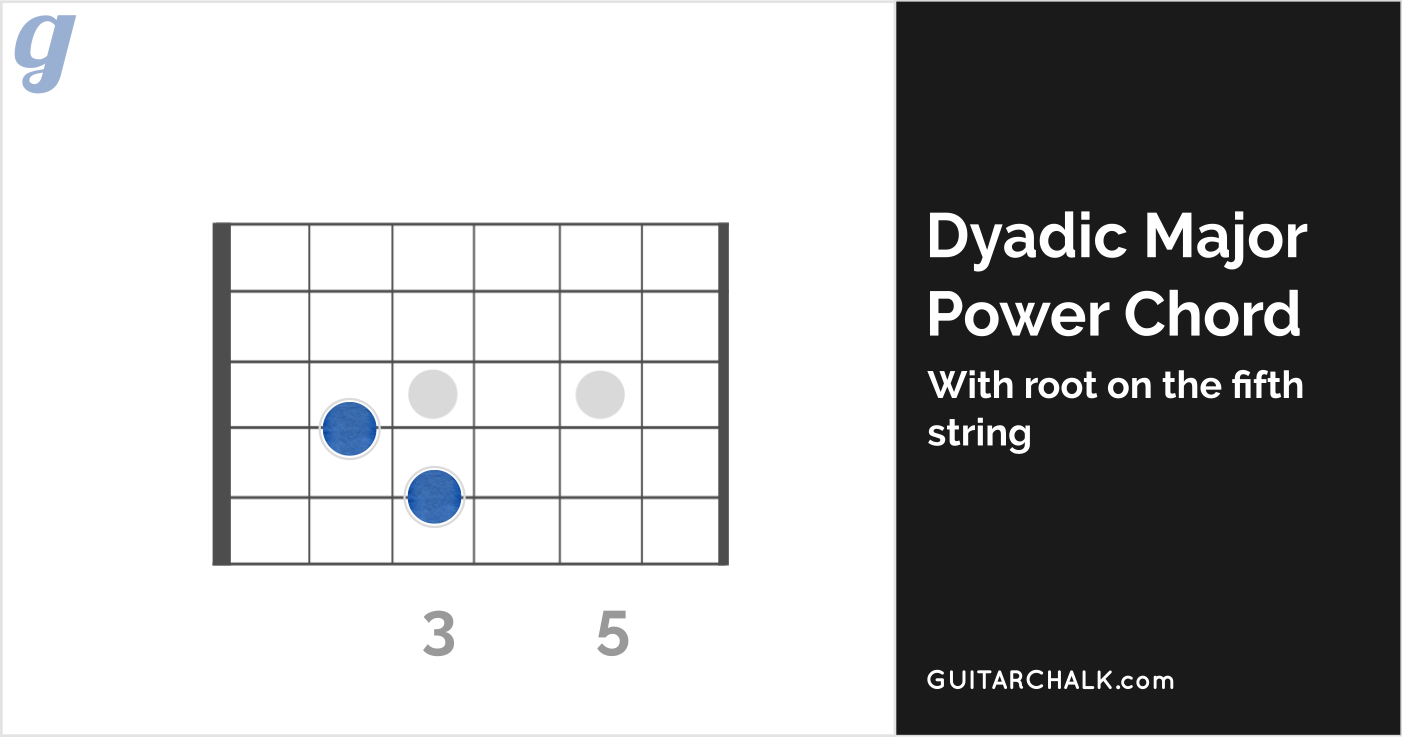 A major voiced C chord dyad that can also be moved to any fret on any of the top three strings.

Don't worry about the theory involved here. If you're not sure about the terms used, just gloss over that and focus on the chord diagrams. These are just a couple of examples, but they'll be extremely helpful if you can master them before moving onto more complex shapes.

Getting started with triads

There's a formal definition of triads in music theory land, but that's not necessary at this point. The idea is to simply learn how to play chords with three notes. Here are a few you can start with: 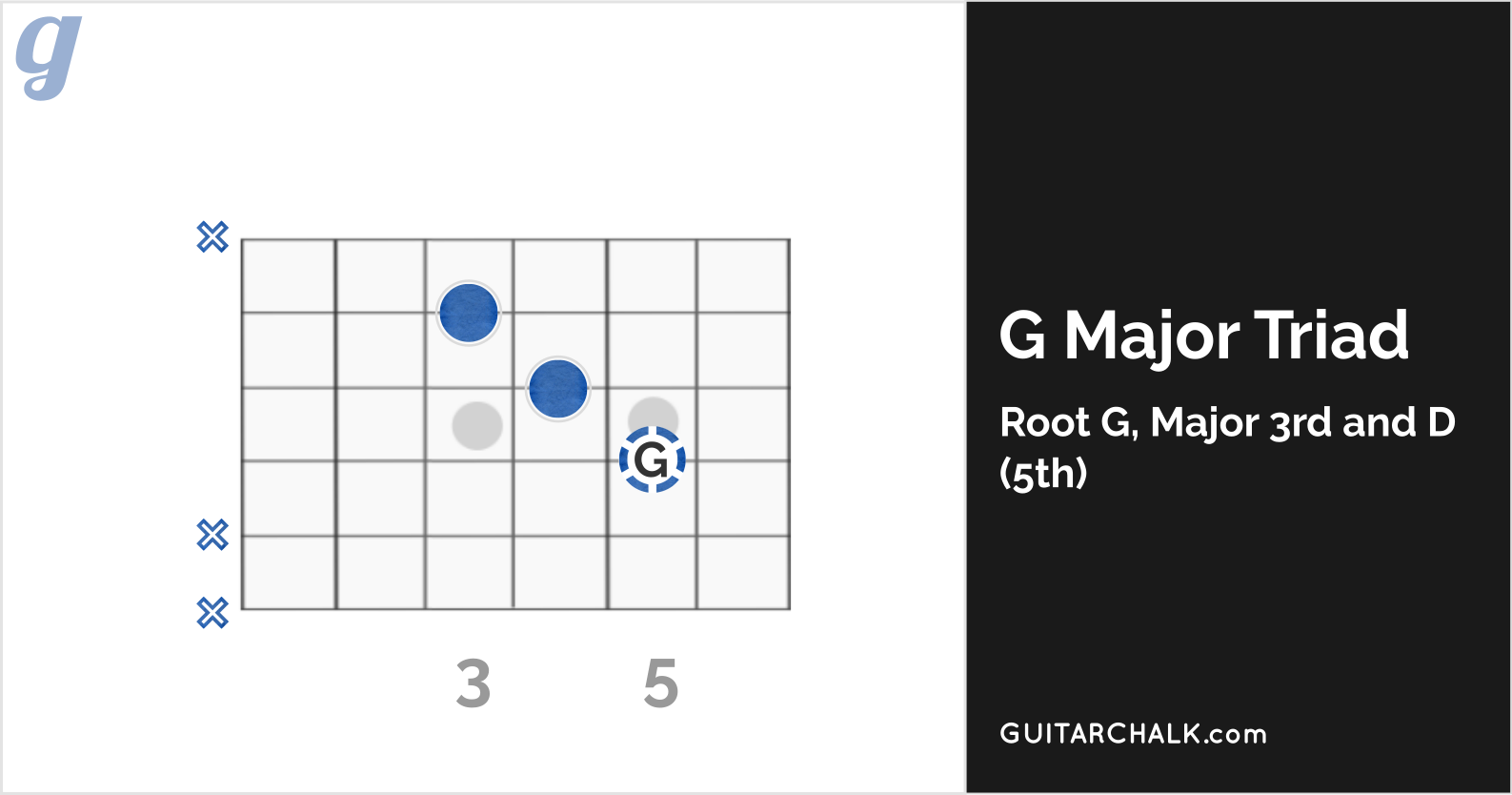 This shape has its root on the fourth string and the fifth fret. However, it can be moved to any fret if you maintain the shape. 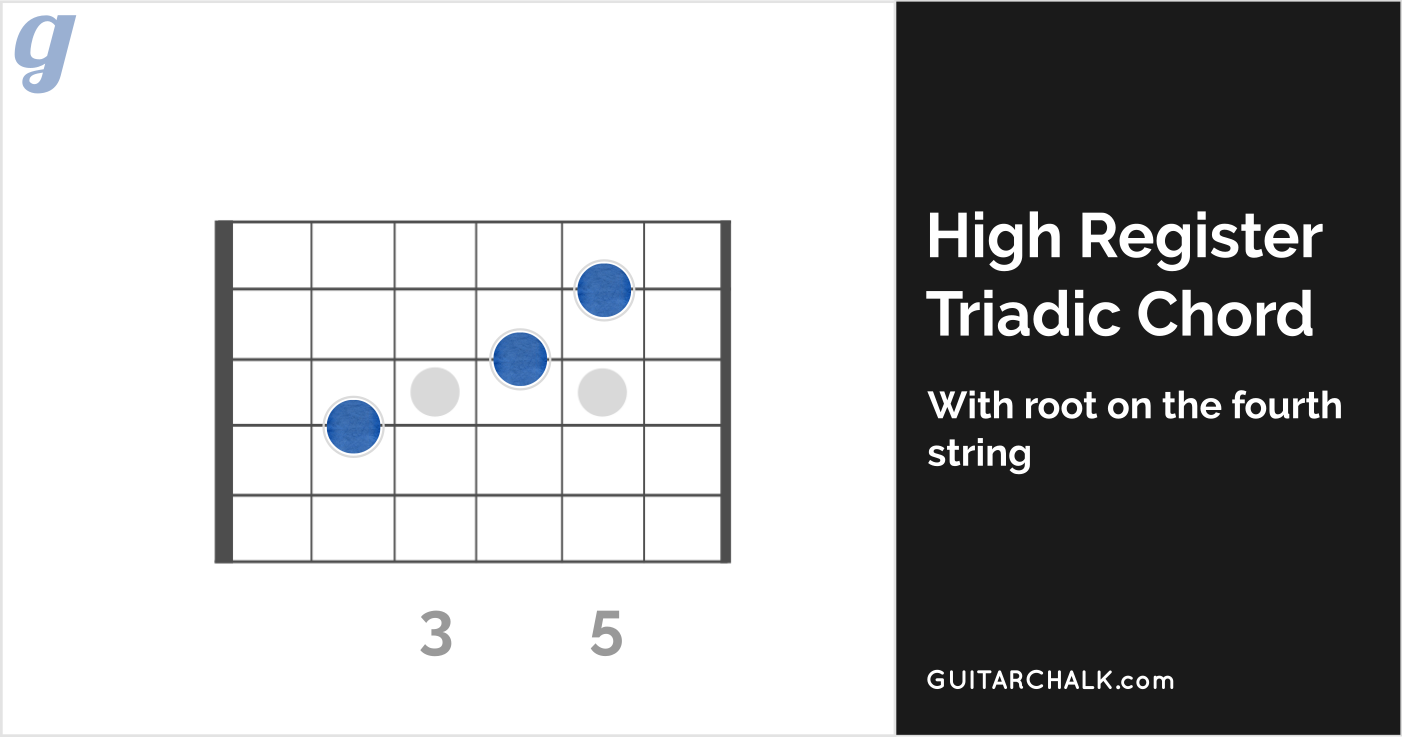 Just as we see in the above chord, this shape has a root on the fourth string and can be moved up or down the fretboard. 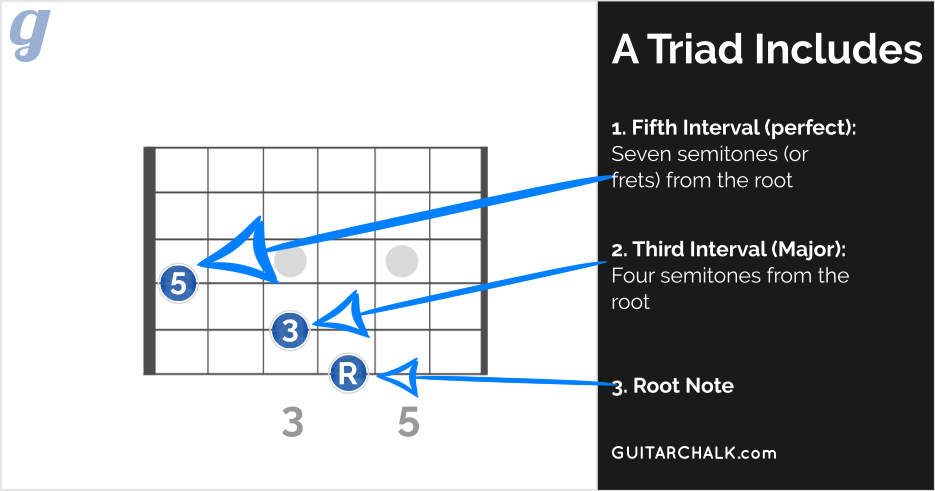 This last diagram shows you another triad, thought it's also covering the formal definition of a triad, which is the root, third, and fifth.

Having covered single notes, dyads, and triad shapes, you are now ready to jump into basic open chords, and proceed from there. There are plenty of resources that cover these chords, both paid and free. Again, if you need additional help, I'd recommend checking out Guitar Tricks for free.

Learning guitar chords in order is important because it helps to optimize the learning process. When my two boys wanted to start playing guitar, they wanted to play songs right away. But I had to help them slow down and start with single notes, then two, three, and so on.

There needs to be a progression of complexity, which is why I'm not a fan of a lot of guitar programs that start with open chords and then throw you into songs.

How a lot of guitar lesson programs get this wrong

Many guitar lesson programs will attempt appease this desire in us to quickly play songs while avoiding the learning process and the hard work involved.

They advertise getting you to play songs quickly, and follow through by teaching you open chords first.

Theoretically, this allows you to start playing songs very early in the process.

The problem with this approach is that it quickly throws you into something that's actually quite difficult. Open chords are hard to play, especially if you're getting started on an acoustic guitar.

A lot of guitar programs are more interested in hooking you with the song proposition than going into the actual steps required to get there.

It's not as enticing to say you'll play songs in about a month (or longer).

I understand that it's more exciting to think about playing songs, but you have to get the basics under your belt first.

Don't fall for the idea that you can learn a few chords and then play a bunch of songs. You might be able to cobble together some stuff, but you won't know what you're doing and it probably won't sound great.

Learning guitar chords in order, the right way, will be well worth your time. And when you do get to songs, it'll be much easier and smoother.

Again, if you need more info or you want to get into a properly ordered course that covers this stuff, checkout the Guitar Tricks Fundamentals courses.

Drop questions in the comments section below.

How to Learn Guitar (simple process)

How to Learn Guitar (simple process)