What is the best place to buy a PRS Se Custom 24? (our top pick)

If you're going to buy a new PRS SE Custom 24, Sweetwater is the best place to start and to get a feel for the market. They do a great job when it comes to new guitar gear, while Reverb is our go-to for used guitars.

In this article we're highlighting five places we recommend looking if you're in the market for a PRS SE Custom 24 electric guitar. It's a solid choice and one of the more popular electric guitars in production.

We'll cover new and used retailers, though there are some perks we should mention to buying new.

A new purchase will get you the most recent year model and also gives you a better chance of getting a decent warranty, depending on where you purchase it from. Places like Sweetwater also have sales reps and company technicians that can help you if anything goes wrong.

Let's look at five places that are great options if you want to get a PRS SE Custom 24 electric guitar.

Table of Contents (click to jump)
1. Sweetwater
2. Reverb Marketplace
3. Guitar Center
4. eBay
5. Amazon
Can you buy direct from PRS?
Are there other versions of the SE Custom 24?
Is it safe to buy used?
Conclusion

You won't see much used gear on Sweetwater. Sometimes you get a re-stock products at a discount, but used gear isn't really their thing. Sweetwater always sells up-to-date models and only contracts with certain manufacturers, including PRS. You can get a ton of PRS guitars from the SE series, though the SE Custom 24 is one of the most popular. While Sweetwater doesn't lower prices very often, they don't run them up either and usually charge what the market dictates.

Browse the SE Custom 24 on Sweetwater 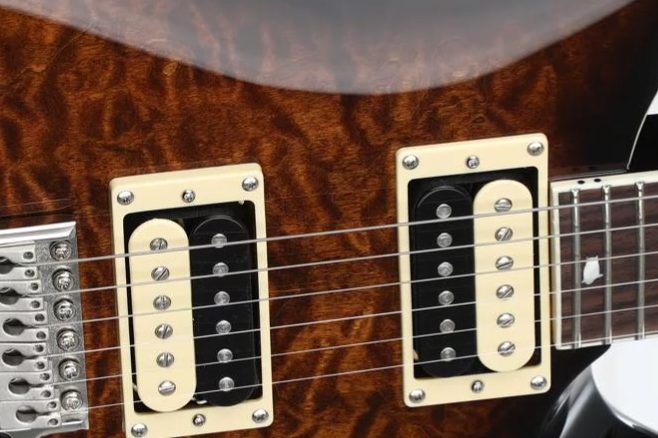 The PRS SE Custom 24 is one of the most popular guitars on the market.

Reverb is our go-to for used guitar gear and they always have a pretty generous inventory of the SE Custom 24. Guitars that are popular like that tend to accumulate quickly in used markets, giving you plenty of variety to choose from. If you want to buy used, Reverb should definitely be your main hang out spot.

Check Availability of the SE Custom 24 on Reverb

Though Guitar Center's financial situation has been an absolute roller coaster over the past few years, they're still a good place to buy a PRS SE Custom 24, primarily from their online marketplace. The days of their physical stores have probably been numbered, but they have the online framework to compete with the likes of Sweetwater and Musician's Friend. They also have an active used market, striking a balance between Reverb and Sweetwater.

As much as other sites may try, there's just no surpassing the dominance of eBay in the reselling and auction spaces. In our experience, their prices aren't quite as good as Reverb's, but it's still fairly easy to snag a deal if you lurk long enough. There are always plenty of PRS SE Custom 24 listings.

We'd like to have some sort of boutique guitar shop or under-the-radar retailer for our last spot, but instead we just have to shill for Amazon. Say what you will about their dominance, but there's no denying they're an easy place to shop that carries a ton of guitars and guitar gear, including the PRS SE Custom 24. Besides, if you have a Prime account, it gets you out of shipping costs.

Can you buy direct from PRS?

Is it possible to buy direct from PRS?

No. Instead of selling their guitars directly, PRS always partners with dealers, primarily in the US and Canada.

You can see a full list of PRS dealers here.

Are there other versions of the SE Custom 24?

You might see a couple different versions of the SE Custom 24.

The 24-08 has an advanced switching system that gives you a total of eight distinct tones. Predictably, the 24 Floyd is fitted with a Floyd Rose system with locking tuners.

Is it safe to buy used?

Purchases from places like eBay and Reverb are protected and insured.

When you have an issue or scam, they'll take care of it and resolve the problem. On other used platforms, you'll typically bear the weight of risk. Places like Craigslist, Facebook Marketplace, and Shop Goodwill are usually an "all sales are final" arrangement.

So if you stray from the eBays and Reverbs of the world, just be careful who you're dealing with and keep an eye out for scams.

If it seems too good to be true, it probably is.

If you want to buy your PRS SE Custom 24 new, we'd recommend going with Sweetwater. Their staff is super helpful and they have a 24-month parts and labor warranty for most of the products they sell.

They should be your first stop.

If you want to browse the used market, Reverb is the best place to start as they're likely to have the lowest price.

For those with other questions about where to buy a PRS SE Custom 24, hit the comments section below and we'll chat about it.

Written by GC Editorial on Electrics and Price Guides