Do guitar amps have headphone jacks?

They're more common in solid state amps, but rare in tube amplifiers.

Do guitar amps have headphone jacks? Many people are wanting to figure this out, especially those who might want to play indoors, and/or avoid disturbing those they live with.

But perhaps more importantly, which amps have headphone jacks, and how common are they?

With the advancements in digital amp modeling and solid state amplifiers, there are more opportunities than ever to setup a rig that allows for headphone use.

Here's how I'd break it down:

I'll cover a few questions related to this topic

Table of Contents (click to jump)
They're more common in solid state amps, but rare in tube amplifiers.
Sound coming just through the headphones or headphones and speaker
How do I know if an amp has a headphone jack?
Are amps with headphone jacks more expensive?
What about plugging headphones into guitar pedals?
Do guitar amps need a special kind of headphone?
Conclusion
Related Articles

Most people who want to use headphones with their amp are wanting to cut off the speaker cab. With digital and solid state amps, this usually isn't a problem. But with tube amps, you must supply a speaker load, otherwise it will break your amp.

This means in order to use headphones with a tube amp while cutting off the speaker, you need something called an attenuator, which both silences the amp and bears the weight of the speaker load.

Rarely, amps will have a built-in attenuator, like the Mesa Boogie Mark V 25.

How do I know if an amp has a headphone jack?

Usually headphone jacks will be on the back or front of the amp, with a small 1/4" or 1/8" jack, that might look something like this:

A 1/4" jack for headphones. If you have the smaller 1/8" headphones, you can get an adapter pretty easily.

An equally simple method would be to check if there's a headphone jack listed in the specs section of the product page. Take this example from Sweetwater: 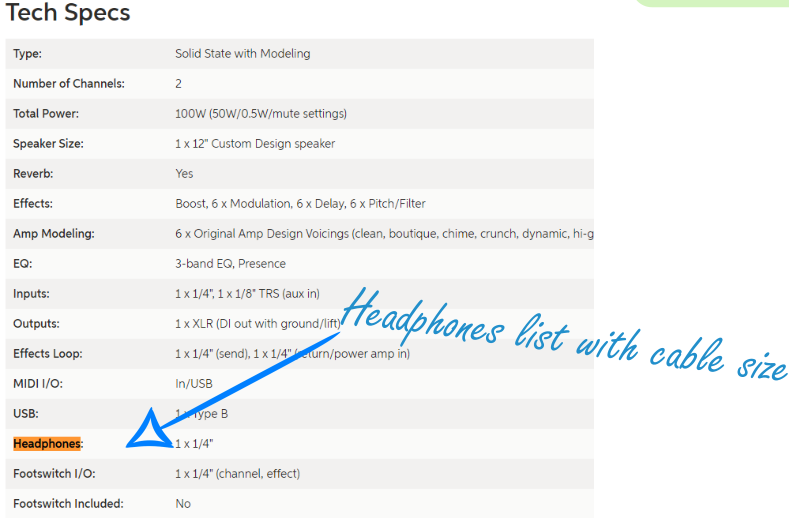 If an amp has a headphone jack, it'll almost always be listed in the tech specs section, along with the corresponding cable size, 1/4" in this instance.

In fact, guitar amps with a headphone jack are typically much cheaper, since tube amps are almost always more expensive and rarely provide headphone jacks, the small solid state and digital modeling amps - especially those built for beginners - are much likelier to have headphone jacks.

So if you were worried about spending more money for this feature, that is absolutely not the case.

If anything, you're primed to spend way less, especially if you go with a smaller solid state amps.

What about plugging headphones into guitar pedals?

A lot of guitar preamp pedals, like the Walrus Audio ACS1 - have headphone outputs because those pedals are essentially just a preamp, with a line level output. This means you have no power amp or speaker load to deal with, making these pedals an ideal place to put a headphone jack. 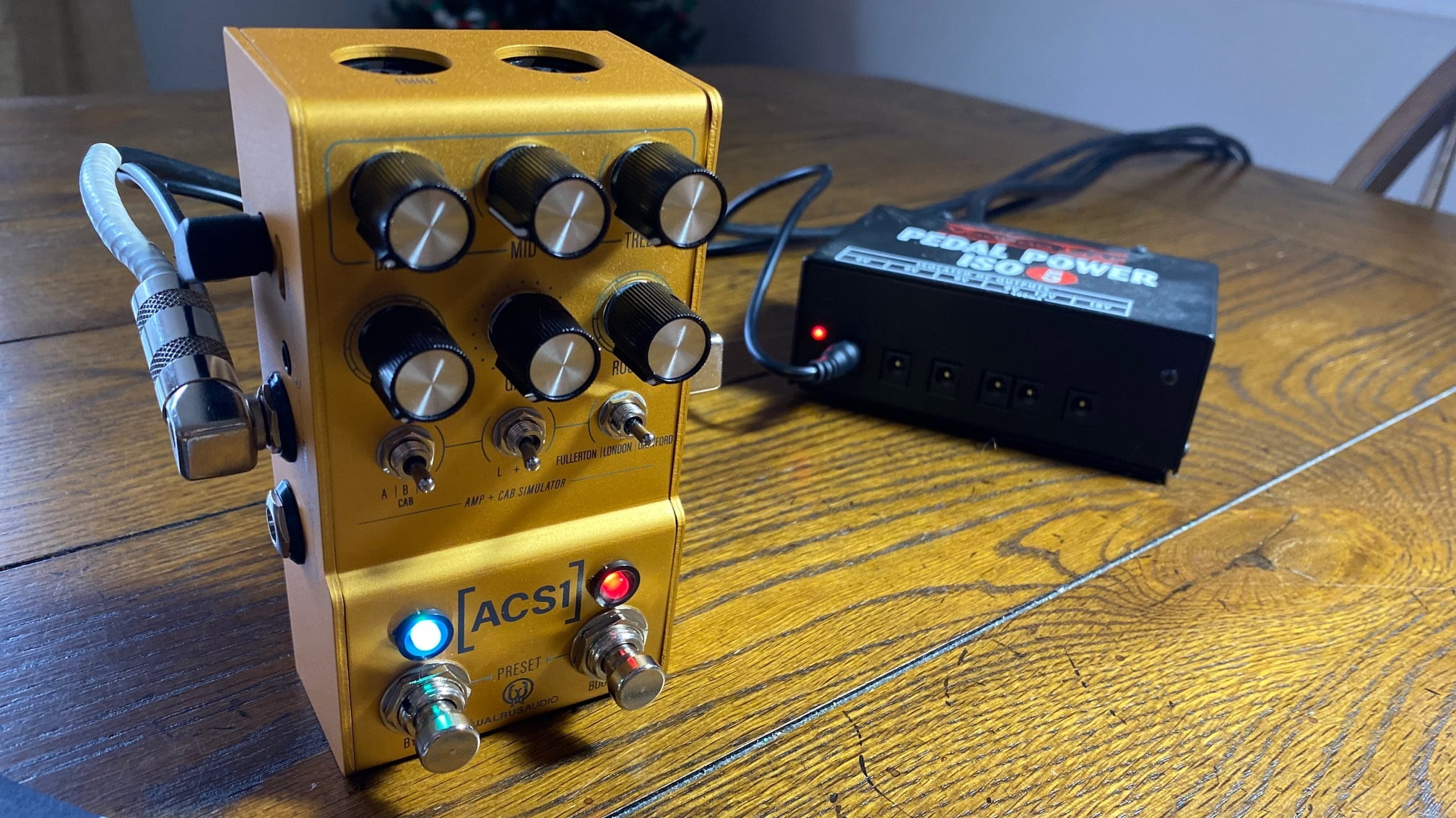 A lot of pedals like the ACS1 have a headphone out, since it's an easy inclusion. In the above photo, it's an 1/8" jack on the left side of the pedal (you can faintly see it).

Outside of preamp pedals, most guitar pedals will not have headphone outputs. Again, if this is something you're looking for, you'll just have to keep a close eye on the spec sheet and limit your search to preamp pedals.

Do guitar amps need a special kind of headphone?

No, but some options are better than others.

For example, the white iPhone ear buds probably won't sound great. Instead, go with a large-form over-ear style studio headphone. They sound expensive, but you can get them at a wide range of prices.

We've made a bunch of recommendations here:

These days guitar amps and headphones have a thriving relationship, more so than ever before.

What's even better, is that it's cheap to set this up.

Get a decent pair of large- form headphones and pair them with a solid state or digital amp. Make sure you check the specs sheet for the headphone jack, but once you have all that ironed out, you should be good to go.

If you have questions about headphones and guitar amps, leave them in the comments section below.

Written by Bobby on Headphones and Roundups