What is the best Morley Wah Pedal overall? (our top Pick)

Steve Vai made Morley one of the more popular wah pedal brands via his signature Bad Horsie wah, with the switchless operating system. If you don't get one of the original Bad Horsie pedals on the used markets, the 20/20 and Electro-Optical are the newest (currently in production) renditions we'd recommend.

My position is probably somewhat biased, but at least I can speak from experience. I bought my first Bad Horsie wah at 15, and it lasted me until 2021, right around my 35th birthday - roughly 20 years.

Needless to say I've spent a lot of time with the Morley brand and the Bad Horsie in particular.

To date, it's my absolute favorite wah pedal and certainly my top choice among the Morley lineup.

While there have been several Bad Horsie renditions over the years, there are currently two versions in production:

If you want to go with an older version, I'd recommend the following:

All four of these are listed in the comparison table below.

The recommendations we make are opinion and inherently subjective. However, we make every effort to base our top picks on thorough research, first-hand experience, community consensus, and market analysis. Still, keep in mind we are all goof balls and probably wrong. Read at your own risk. Also note that we use partner links from vendors we trust to support our site and keep it ad-free. If you want to buy gear, consider doing so through our orange buttons which cost you nothing extra.

This table lists the four Morley wah pedals above and allows you to compare them directly. Wah pedals are pretty simple, so there aren't a lot of features to consider. However, you can see pricing which is updated live through an API connection (nerd stuff). 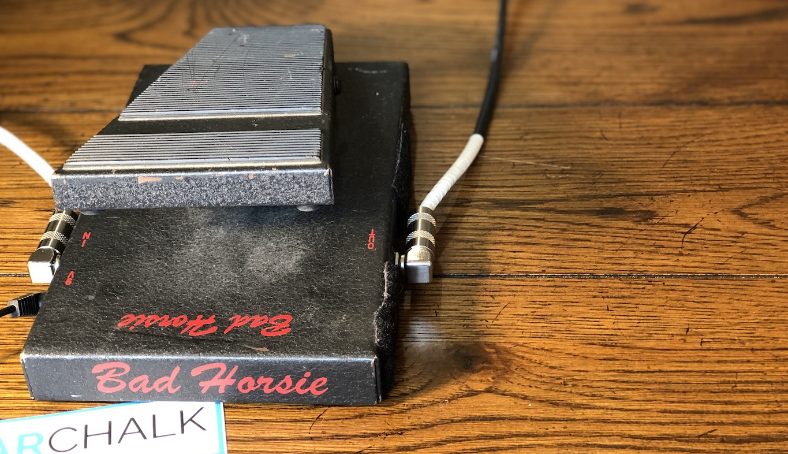 My original Morley Bad Horsie VAI-1 wah pedal. Needless to say, it has been through the ringer.

Table of Contents (click to jump)
Compare Morley Wah Pedals
Pricing Tools
Honorable Mentions
Original Bad Horsie 1 and 2
Why did they discontinue the original?
Is the switchless design better?
Conclusion 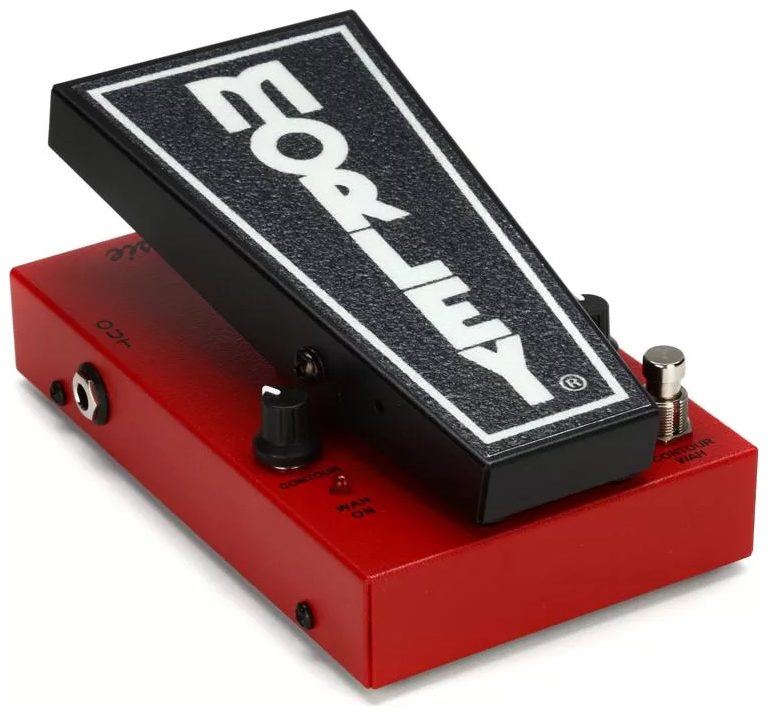 All of these tables update in real time with the price of the Morley 20/20 Bad Horsie wah from multiple vendors. You can also see price history and sign up for price drop alerts which track with the lowest price among the listed vendors.

We've already covered some of the honorable mentions, but I'll list a few more here. There used to be some other signature wah pedals in the Morley lineup, which we still really like and can be picked up on Amazon or Reverb.

So keep in mind some of these are in production and some aren't:

All of these are good options behind the 20/20 Bad Horsie. In my view, you can't really go wrong with any of them.

You'll have to dig around for the original Bad Horsie 1 and 2. I owned the Bad Horsie 1, but the 2 is just a slightly more functional/versatile form of that pedal. Since they aren't in production, we've listed current pricing from Reverb below and links to use inventory:

Note that these prices are updated daily, so they should be fairly accurate.

Why did they discontinue the original?

A lot of guitar gear - pedals and otherwise - get discontinued for a variety of reasons. In most cases, it's simply because they don't sell very well, and it's no longer profitable for a manufacturer to produce them.

But with the Bad Horsie 1 and 2, that wasn't really the case.

Morley handled the series by releasing newer versions of those pedals, namely the 20/20 and Electro-Optical versions.

So it's essentially an update, like going from Windows 10 to Windows 11.

Why would they stop making the original Bad Horsie wah pedals?

In my experience, pedal builders are more likely to keep the older pedals on the market while simply adding new ones to their lineup and giving them a different series name or category.

Why did Morley not do it that way?

I have no idea.

Because the original Bad Horsie models were definitely selling, otherwise Morley wouldn't have made the newer versions. If anybody has insight into this, feel free to let me know in the comments section below.

Is the switchless design better?

Beauty is in the eye of the beholder and plenty of people prefer the Dunlop Cry Baby design.

In fact, Dunlop's Cry Baby wah series has long been the most popular, and used by more pros than anything else.

But with the switch wah pedal design, you have to click the bypass button before engaging the wah pedal which adds an extra step to get the effect going. The other thing I don't like about switch wah pedals is that most of them don't spring back on their own.

The Morley pedals are designed with a spring that comes back up after it has been pushed down.

Switch wah pedals have to be rocked forward and backward.

Maybe it comes down to preference, but I'd argue the switchless setup is far better.

If you're settled on a Morley pedal, I'd recommend going with one of the Bad Horsie pedals - any of 'em.

The 20/20 is the current top dog, but you really can't go wrong with this brand. If you've settled on Morley, I support you 100 percent and would recommend buying with confidence.

For what it's worth, I can answer questions in the comments section below.

Morley wah pedal owners can share their stores there as well.