At only $450, the Epiphone Les Paul Studio settles at a great price point for upgrades and pickup swapping. You can spend just a little more, and get a dramatically improved electric guitar that can last far beyond the beginner years.

With new pickups alone, the Epiphone Les Paul Studio can sound a lot better than it does out of the box.

So in this build guide we'll suggest a pickup upgrade as the main piece of our build, and a couple other simple improvements.

Here's a full table of everything we'll cover:

Pickup Upgrade and Other Parts

The Studio version of the Les Paul in the Epiphone flavor has most of the aesthetics of the Gibson version, though you'll probably notice a less appealing finish and less carving on the body.

Tonewood is the expected Mahogany, with the familiar fretboard diamonds and Gibson-style headstock.

The pickups are listed as "Epiphone Alnico" which is code for some kind of cheap stock fill-in.

These pickups give us some room for improvement in an otherwise decent guitar build.

Less carving and a less impressive finish aside, the Epiphone Les Paul Studio is a decent guitar for the price.

The core of our improvement will be the pickup upgrade, so let's start there.

Fishman's pickup technology is quickly becoming a standard bearer among humbucker and single coil builders. It uses a stacked coil system that gives you a lot of the benefits of both passive and active humbuckers.

The result is clear, bright cleans - like you'd get out of a singe coil pickup - and then warm, deep resonance like you'd expect from a heavy humbucker. You can almost bright the gap between a clean Strat and a heavily distorted PRS.

The Fluence Modern set will also bring some percussive chunk to your Epiphone, which is harder to get with stock pickups.

It's a massive improvement in tone quality for the Epiphone Les Paul Studio.

For some additional improvements, we'd recommend pulling off the existing knobs and replacing with the Gibson-brand top hat knobs. They look better and give you Les Paul a more genuine aesthetic. 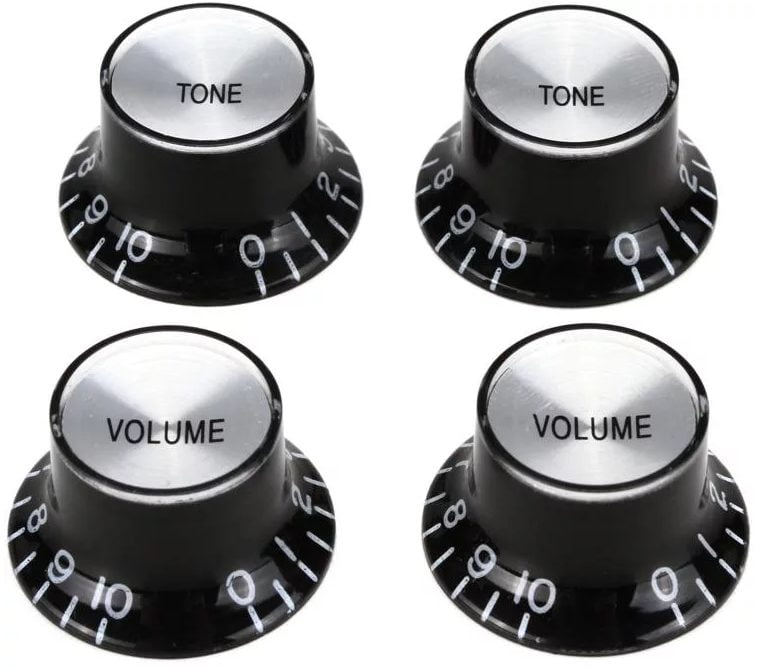 Add the Gibson "Top Hat" knobs to increase the aesthetic resemblance to the Gibson version.

If you want to go the extra mile here, you can replace the tone and volume pots as well, which can be pretty cheap in the Epiphone electrics.

As a cherry on top, we'd recommend immediately switching out the strings with a set of Elixir electrics, which we've linked to in the table above.

That alone will give you another level of tone improvement. 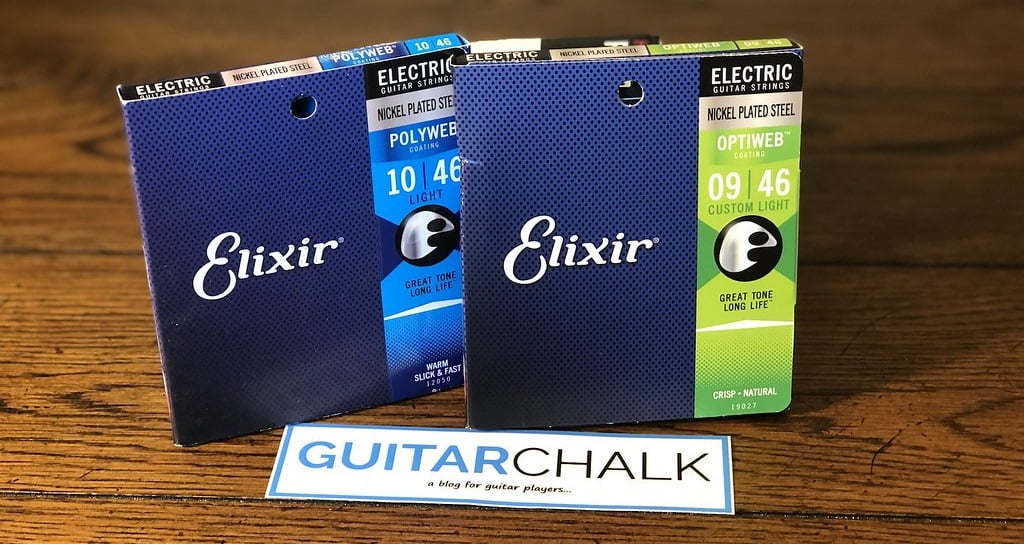 On their own, Elixir electric guitar strings will improve your tone situation.

What NOT to replace

There are a couple of components on this guitar that we'd recommend leaving as-is, since they're good quality parts.

First, the bridge is a LockTone ABR Tune-o-matic, which we commonly see in more expensive instruments.

Second, we'd keep the tuning machines, which are a Grover 18:1 set.

If the name Grover doesn't mean anything to you, they're the big guns in the guitar tuning machine department. There's no need to replace them, or the bridge that comes with the Epiphone Les Paul Studio.

This is a simple upgrade, where most of your money is going to the pickups.

But that's a good thing and speaks to the quality that Epiphone gives you out of the box. With a pickup improvement, the value of this guitar goes up tremendously.

If you already have the Epiphone Les Paul Studio and you want to keep it, and make it better, consider adding the Fishman Fluence Modern pickup set for an immediate - and significant - tone upgrade.

Do you have questions about our Epiphone Les Paul Studio pickup upgrade? If so, feel free to leave a note in the comments section below and we'll do our best to help out.