This how to article will cover everything you need to learn about how to use a wah pedal and set it up the right way.

Though one of the most popular guitar effects (particularly for lead guitar players), using a wah pedal can be a bit vague and hard to understand for beginners. For those thinking about getting into the world of wah pedals, this will give you a concrete picture of the process you'll go through to use one.

It's also a helpful guide if you've just bought a wah pedal and are looking for some help getting started.

For this guide, we're assuming you have all of the following:

We'll go through the process of getting setup with a wah pedal, all the way to actually playing guitar while using one. In so doing, we'll cover the following steps:

As with most guitar pedals, these are the four "parent tasks" or the primary steps to go through. Since a wah pedal is engaged and used a bit differently than a typical on/off pedal switch, the engage step will look slightly different.

Let's start with the basics of how to connect your wah pedal and go from there.

You need two instrument cables to connect your wah pedal to your guitar and amplifier.

Run an instrument cable from your guitar to the input of your wah pedal (likely on the right side of the pedal), then a second cable from the output of the wah to your amplifier. This completes what's called the "signal chain" so that the wah pedal is now processing your signal before it reaches the amplifier. 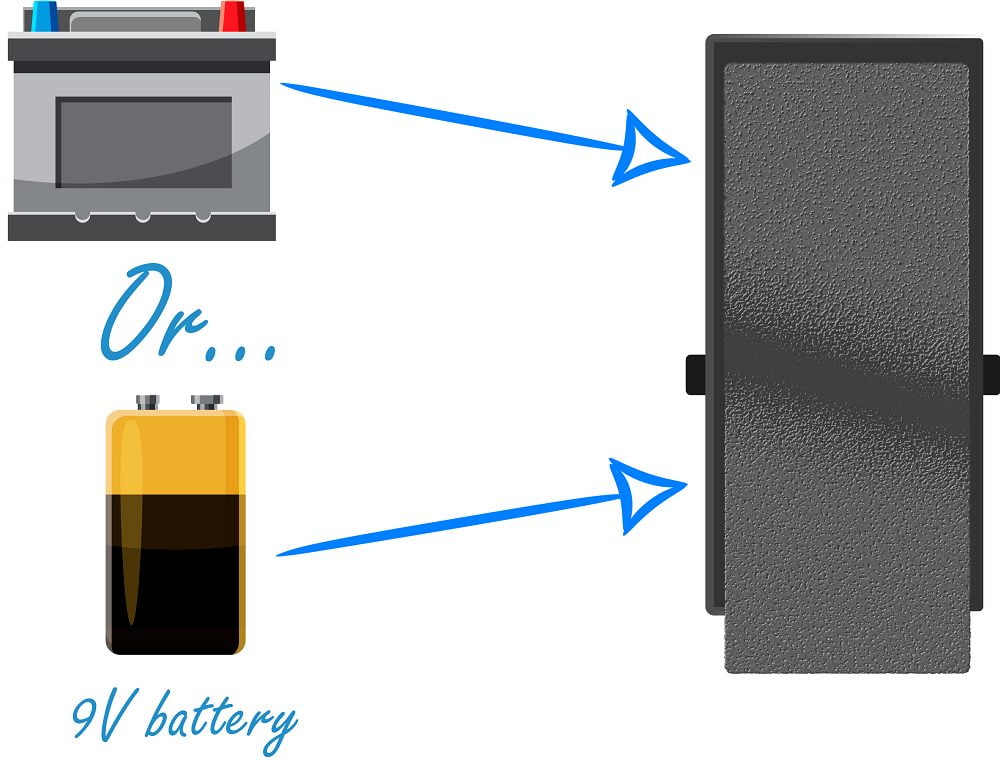 Most wah pedals require either a 9V battery or external power supply connection in order to operate.

Like most guitar pedals, wah pedals cannot operate without an external source of power. This can be a 9V battery or - more commonly - an external source of pedal power like the Voodoo Lab Pedal Power 2 Plus or another kind of power supply. In that case, you would run a small 9V cable (included with most power supplies) from the power box to the power input port on your wah pedal. 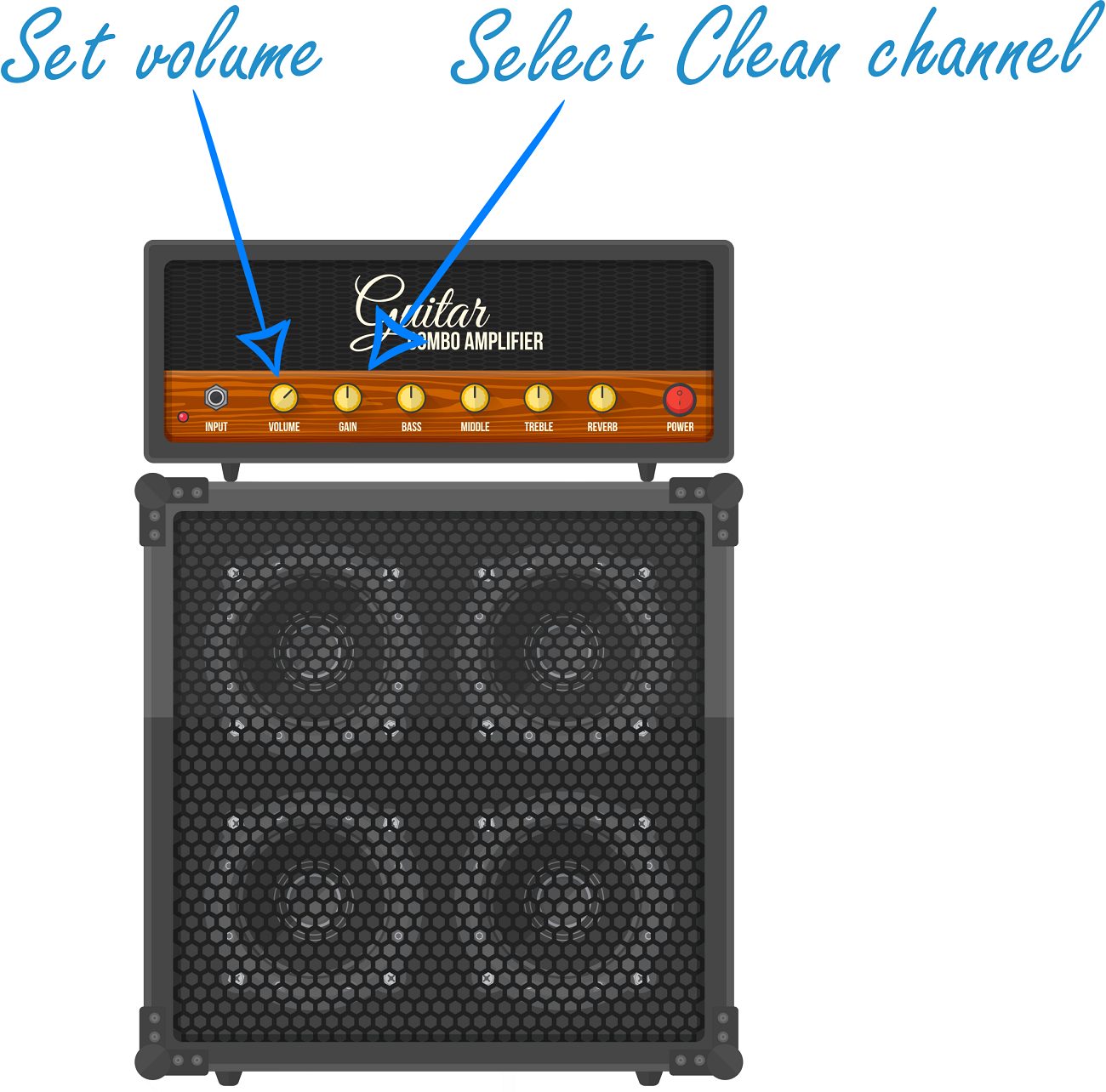 Before you use your wah pedal, test your clean tone coming from the amp.

Before you use your wah pedal, make sure you have a reasonably clean tone set on your amp and that the volume isn't too high. Make sure you get a signal coming through when you play without the wah pedal engaged.

Step 4: Turn the wah pedal on 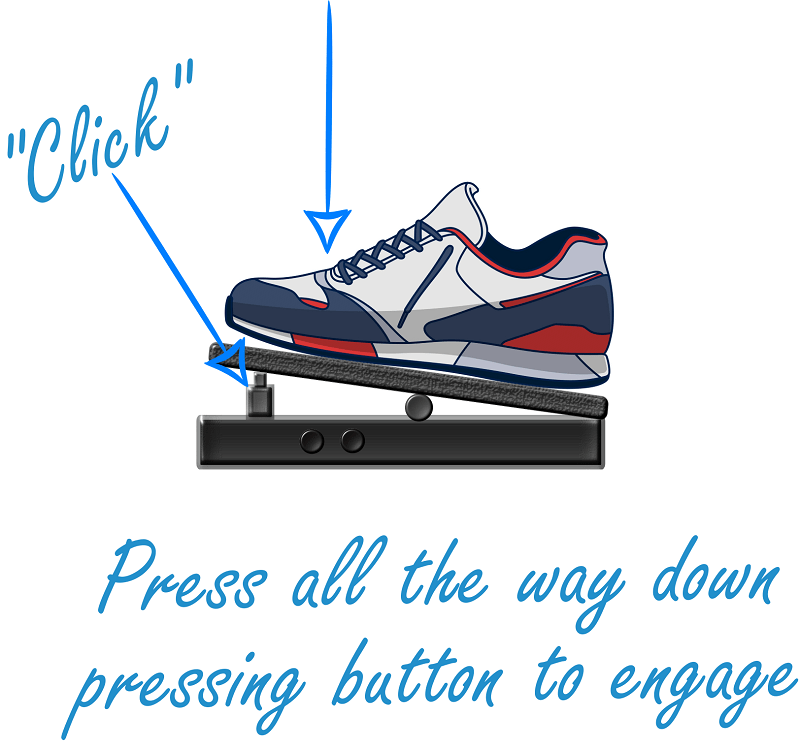 Move the foot pedal all the way down to click the engage button or switch.

While some wah pedals work without a switch (step on to use and step off to stop), most have a switch like your typical guitar pedal. To engage this switch, push the wah pedal all the way forward until you hear a "click." This means the pedal is now engaged and on.

Step 5: Rock the wah pedal back and forth 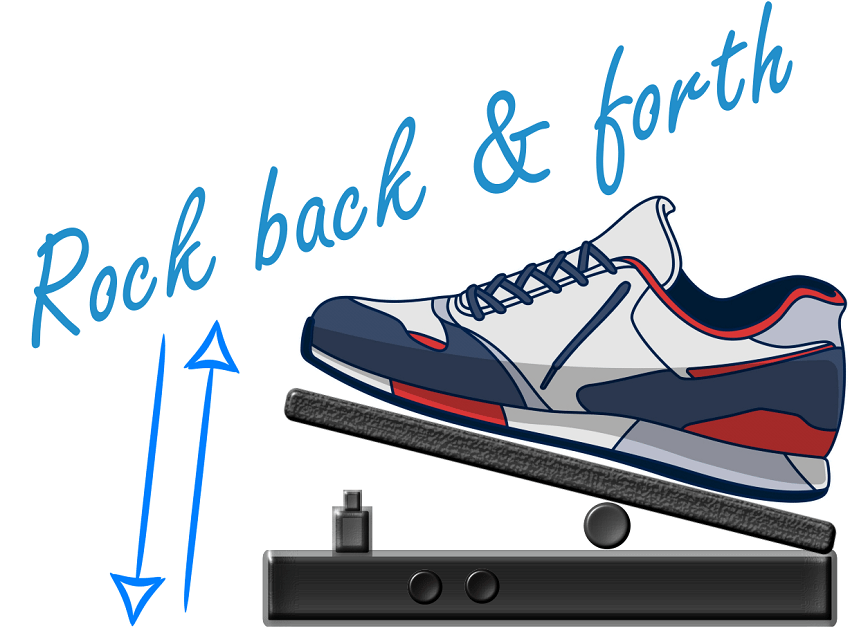 Once the pedal is engaged, use your foot to rock the pedal back and forth.

Now that the pedal is engaged you can free "rock" the foot control back and forth, which will dramatically sweep the tone of your signal, thus creating the "wah wah" vocal sound. 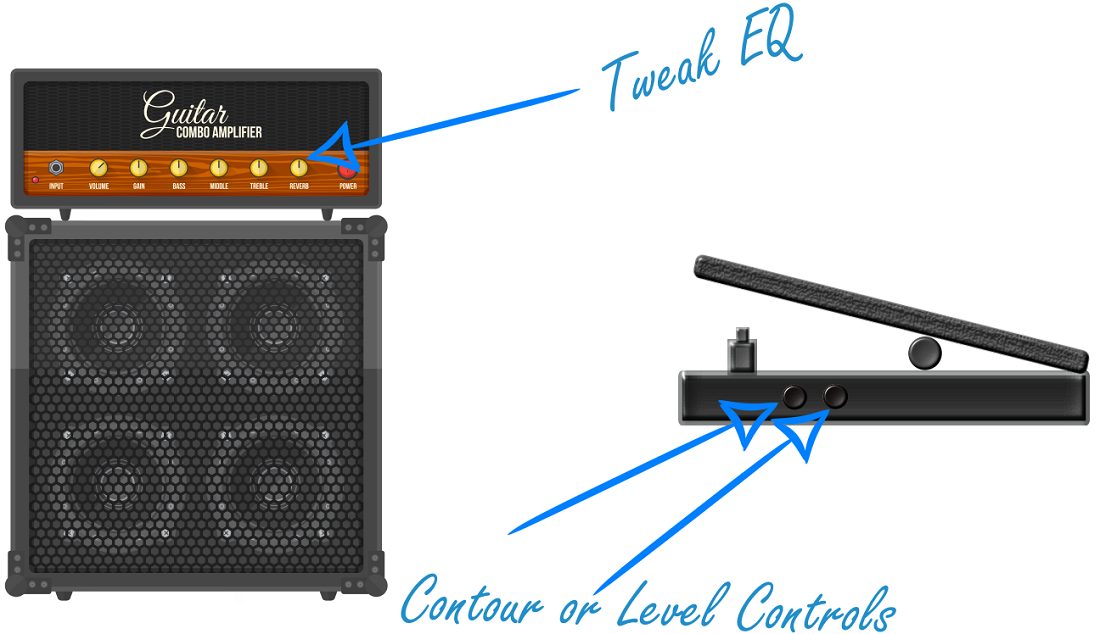 Some wah pedals will have a contour or level control, though most do not have any kind of external control aside from the footswitch. Yet, as you've started using your wah pedal, you can still experiment with different sounds and tones by making changes to the EQ in your amplifier. You can even try your wah pedal with other effects or switch between a distorted and clean sound on your amp.

Wah pedals seem complex on the surface, but they're simple to operate.

The only thing you might find tricky would be the engage switch beneath the foot pedal control, but once you get used to the pedal you can switch it on and off easily. As you learn to use your wah pedal, you'll get familiar with the sounds it creates in the up and down position and you'll be able to take advantage of the more nuanced aspects of those sounds.

All wah pedals have a unique relationship with the guitar rig they're a part of, so it's important to figure out how your wah pedal is going to "gel" with the rest of your gear (amp, guitar, and other pedals).

If you don't have a wah yet, checkout our roundup of cheap wah pedals for some helpful suggestions.

How to Use a Guitar Tuner in Pictures (pedal version)

How to Use a Guitar Tuner in Pictures (pedal version)