While both pedals are occasionally accused of being over-hyped. But subjectively, we think the sound quality is a bit better in the TS808, and that it does a better job of naturally pushing your amp, while the TS9 is a slightly less defined/workable gain layer.

In this comparison we're looking at the Ibanez TS9 VS TS808, where the TS9 is a sort of modernized reissue of the original TS808. One subtle difference between the two pedals is resistance variability in the analog circuit in the 808 compared to the circuit in the TS9.

While each pedal has been extremely popular, the TS9 has gotten a lot more "airplay" and has been more widely used because it's cheaper and has even been picked up by a lot of professionals, including John Mayer, Stevie Ray Vaughan, and Greenday's Billie Joe Armstrong.

Though both pedals have been around for a really long time.

Moreover, they have a distinctly vintage voice and shouldn't be considered for modern distortion sounds or situations where higher levels of gain are needed.

But we're not necessarily here to disprove the hype.

We're just going to put the TS9 and TS808 side-by-side to see how they compare to one another.

Our disclaimer: Everything on this site is opinion. It's written by complete lunatics, and is probably wrong. Read at your own risk. If you have corrections, drop them in the comments section.

First, we'll list the pedals with a couple other similar options. Note that Guitar Chalk is reader supported and that these orange buttons link to Sweetwater where it's possible for us to earn commission off their sales. This changes nothing about what you pay on Sweetwater or your browsing experience. We appreciate your time and support.

To start our comparison we've embedded two audio clips, the first one for the TS9 and the second for the TS808. Notice the subtle but clear difference in tone, where the TS808 comes off as a bit more crisp and natural-sounding.

Let's start our comparison tables with the basics. The TS808 is more expensive than the TS9, likely because there are simply fewer of them in the market (much older issue of the pedal). This also keeps the used price of the 808 similarly high.

Though both pedals have been around for a long time, Ibanez actively manufactures both versions, which means you can still get them new. In either case - buying new or used - the TS808 is going to be more expensive. 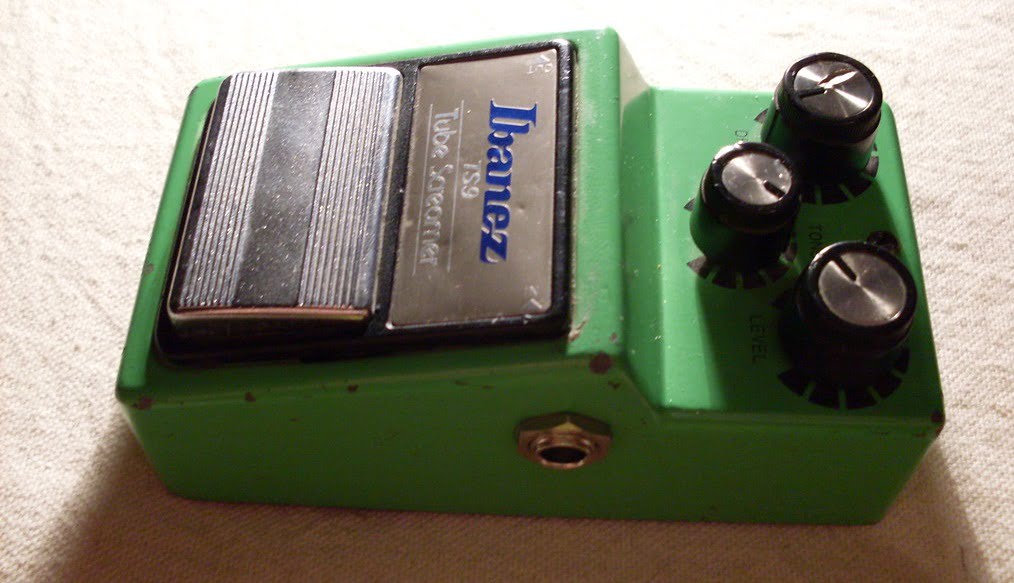 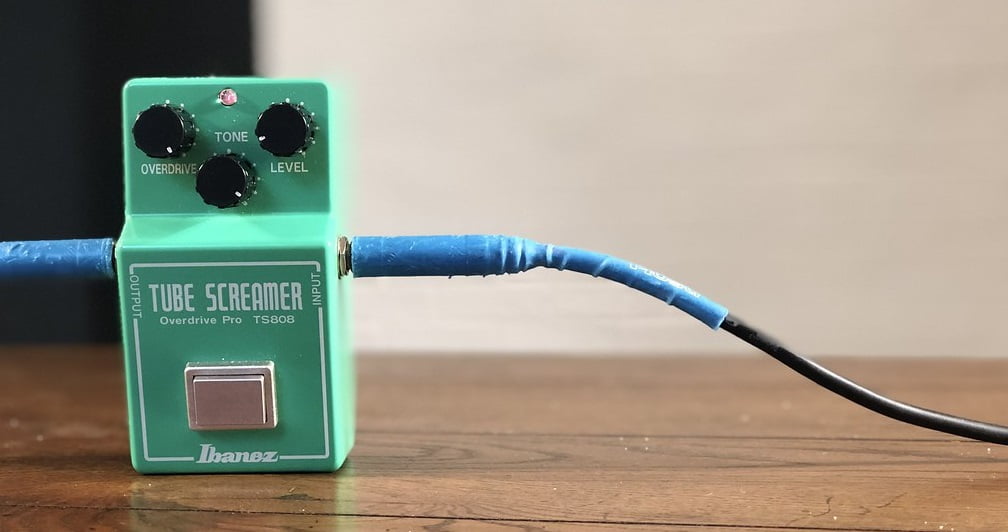 We've listed a few numbers in regards to impedance for the TS9, though the same data is not applicable to the TS808. Outside of the subtle technical differences between the circuits there isn't much to separate the two spec sheets.

The power connectors are the same with a 9V DC for the TS9 and the DC negative center for the TS808. If you buy the 808 you've got to make sure you have a negative center DC power supply that can run it. Putting a battery in that metal chassis is a pain. 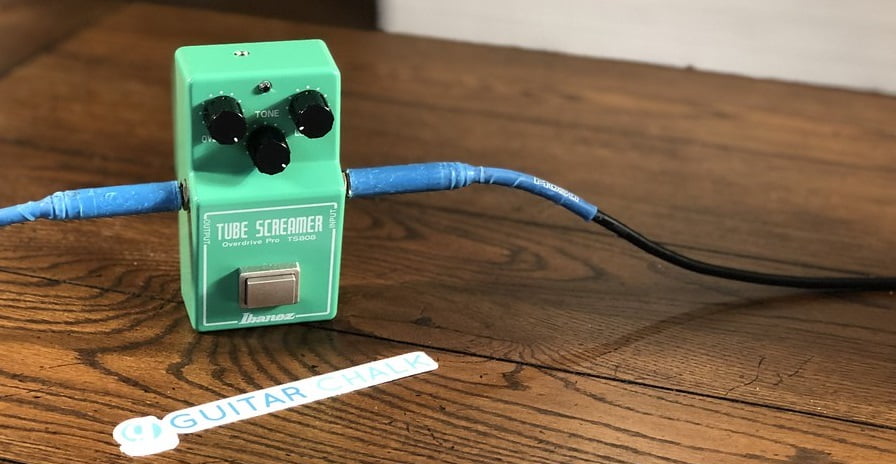 The TS808 is older and not as widely produced, perhaps contributing to its additional cost. 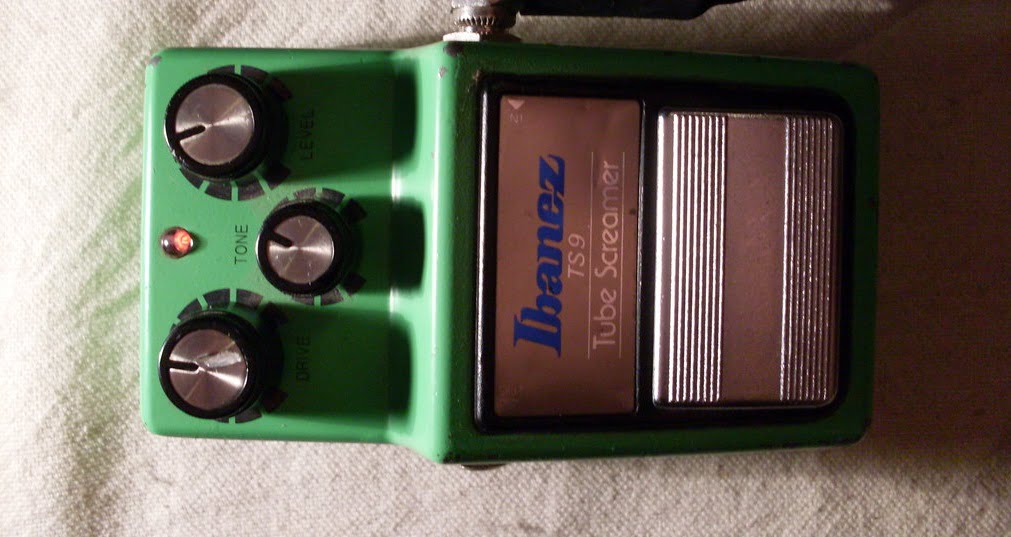 Though also quite old, the TS9 is the more "modern" of the two options.

The resulting tone differences - while noticeable - are still subtle. With a similar feature set, both pedals create a warm, amp-driven overdrive that fits well in a blues or classic rock context, or even just for boosting a simple clean tone to break it up a little.

Both pedals have predictable distortion control schemes with drive, tone, and level knobs that provide a similar range of tone manipulation.

You can get a little more "grit" out of the TS808, while the TS9 is smoother with less of a grunge feel. Both drive controls give you a modestly wide gain range to work with, allowing you to have almost no breakup or go all the way to a vintage fuzz type of sound (more of a fuzz sound in the TS9).

While the controls are functional and useful, they are complete mirrors of one another and don't make a lot of room for tweaking in either pedal.

We'd call the control scheme for both "static" and not at all versatile.

Controls on the Ibanez TS9 are a simple Drive, Level, and Tone combination.

With such a high level of popularity, particularly in the case of the TS9, these two pedals have been reviewed a lot and it has been largely positive. Some of the criticisms I see included the "too much hype" argument I mentioned earlier, and then the lack of versatility, which we've also made a note of.

Between the two, the TS9 has been reviewed more and has received a lower total of negative write-ups.

In this comparison I like the 808's tone and vintage aesthetics a bit more. The TS9, at least in my experience, sounded a little too thick and fuzz-like. It didn't sound bad, but I definitely did like it as much as the 808.

Plus, the 808 is the original - more expensive, but worth it, in my opinion.

It does the job of providing a smooth, vintage-voiced overdrive and has a long-standing positive reputation and has been really popular with pro guitar players in a wide range of styles and musical landscapes.

I think both pedals are overhyped, but if I had to pick, I'd go with the 808.

Questions about the Two Overdrive Pedals

Do you have questions about the Ibanez TS9 VS the TS808? If so, we can do our best to help you out in the comments section below. Leave your notes there and we'll chat.