Is the BD-2 Blues Driver analog?

There have been several comments on this page and some forum posts online suggesting that the Boss BD-2 Blues Driver is analog and not digital. From what I can tell, the BD-2 is analog but is built with two discreet op-amps, which are extremely cheap to manufacture.

Our pick: The JHS Morning Glory

JHS is usually worth the upgrade in cost. In this comparison, it's better-built and has a more organic overdrive tone than the Boss Blues Driver. If it's a budget issue, go with the BD-2. But if you can swing it, an upgrade to the Morning Glory is worth the pain.

This is quick and simple comparison of two overdrive pedals: The JHS Morning Glory (the fourth version) and the popular Boss BD-2 Blues Driver. In a sense you have a classic battle between a boutique guitar pedal with an analog circuit and a popular mainline pedal that's also analog, but on a far more "mass produced" scale with cheaper op-amps.

Both pedals are good, but how do they compare to each other? What kinds of sounds and tones can you get out of each one?

We'd argue the pedals actually sound similar (we like the Morning Glory a little better), while offering an equally similar control scheme.

Use the table and compare tool below to see details about each pedal side by side:

If we were to paint in broad strokes, we'd say the Morning Glory is a bit more versatile and provides a better tone (which we'd expect given the nicer analog circuit). Yet, it's nearly twice as expensive as the BD-2, which makes the main question whether or not you want to pay a higher price for the higher-quality analog tone.

This is the fourth version of the Morning Glory that still runs off an analog circuit, but has added a gain knob that can be remotely controlled. Switching on the gain knob gives you some additional saturation and is certainly helpful for live performances where you need to kick in some more gain.

We think it sounds a bit more rhythmic and percussive than the BD-2. You get more "smack" and "pop" out of your chords and muted strumming.

But we also can't call it a dramatic difference from what you get with the BD-2.

It's analog so, yes, it sounds better. But the distinction is certainly nuanced and hard to pickup if you're not listening closely. 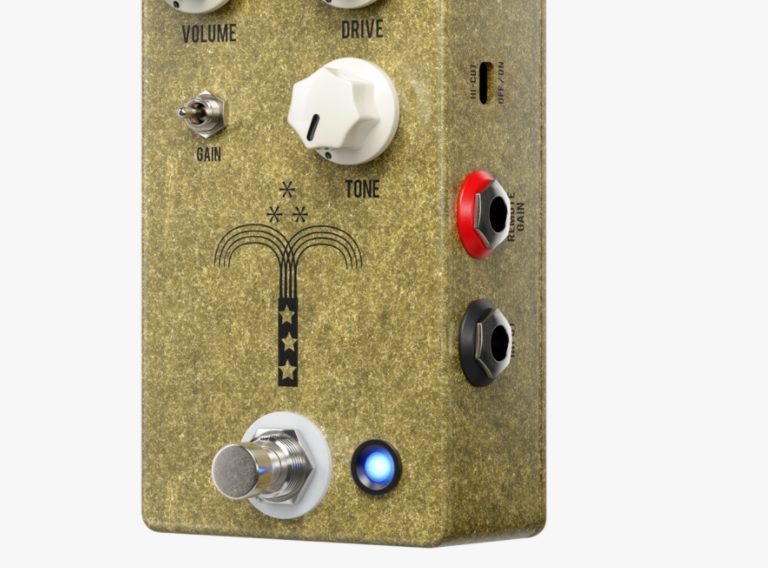 The Boss BD-2 Blues Driver runs off an op-amp like the Boss DS-1, which still does a good job of replicating a bluesy overdrive tone. It sounds a little scratchier than the Morning Glory, and seems better suited for lead blues with a little extra grit and sustain.

However, these settings can be tweaked depending on how much gain you want to dial in.

Between the two of them, we thought the BD-2 had a little more sustain that helped us get through those higher notes. It also just sounded heavier with more fatness in the lower EQ.

Controls on the BD-2 are similar to the Morning Glory, though the BD-2 does not have any kind of gain switch or external control.

Both of these overdrive pedals are popular and well-liked by those who purchase them. But the difference between the two is fairly subtle. We like the JHS Morning Glory better because we think the tone quality is a little better. But, it's important to reiterate that the difference is subtle and not super obvious unless you know what you're listening to.

Do you want to pay the extra cost for the nicer analog circuit and the gain switch?

If money were no object, we'd be fine with that.

Drop questions about both pedals in the comments section below.