Unless you have several guitars for different tunings, the DigiTech DROP saves you from having to constantly tune down, which is invaluable when you need to jump around to lower tunings.

A musical genre can have a lot to say about what type of guitar pedals might be most useful. In this example, we're looking at the best guitar pedals for metal fans, those who use a lot of heavy distortion, and play in lower drop tunings.

Even with that short description, we can start to putting some skin on what pedals would be the most useful to this playing style.

For those wanting a quick answer, here are the pedals I'll recommend: 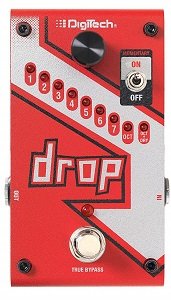 One of the simplest and best guitar pedals for metal guitar playing is the DigiTech Drop.

It saves you from having to tune down all the time, before you want to play a particular song. Whether you're in standard or drop D, you can tune down up to an entire octave, either in a momentary holding mode or by just leave the pedal engaged.

It saves you from having to tune down all the time, before you want to play a particular song.

For metal guitar players that often dabble in lower tunings, this type of pitch shifting pedal will save you a ton of time.

IDEAL FOR: Metal fans with only ONE guitar 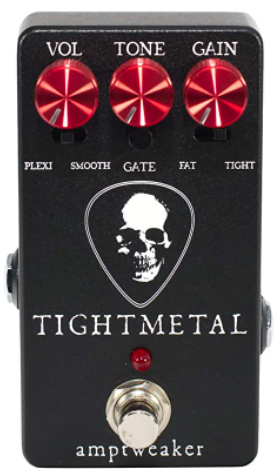 I've reviewed the Amptweaker TightMetal JR in depth, and recommend it as one of the best distortion pedals for metal (and overall) on the market. It's one of the few high-gain distortions that achieves a warm and smooth tone, even with a lot of saturation.

For metal guitarists, you get that thick, percussive low-end that the style is known for, along with a lot of aggression on the treble side without being too harsh.

It's a good fit for both lead and rhythm guitar, with a dynamic EQ.

I recommend the JR version of the other two (larger and more expensive) in the TightMetal series, just because it's everything you need from a functionality standpoint.

It's as close as you can get to a real, modernized tube amp distortion in pedal form.

IDEAL FOR: All things rock and metal 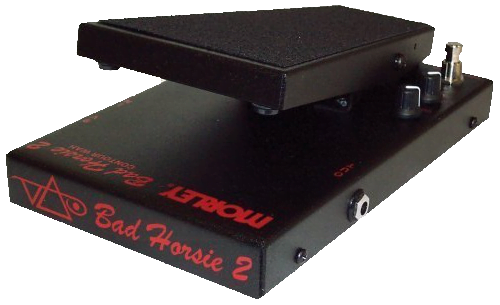 The reason I've always liked, used, and recommended the Morley Bad Horsie wah pedal is the switchless mechanism. All you have to do is step on to engage it and step off to let it disengage.

There's a small spring underneath the foot platform which pushes it back to the off position, so there's no need to ever purposefully move it all the way back.

I've used a lot of wah pedals that need to be switched on/off and the Morley configuration is significantly easier, especially for fast or brief moments of use.

For metal lead players, it's the only wah pedal I'd recommend. 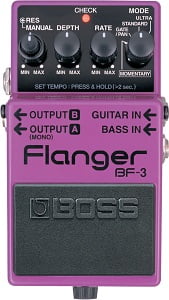 The Boss BF-3 flanger has been around for a long time and can fit in a wide range of musical styles. I've listed it as one of the best guitar pedals for metal because it's a great all-around modulation box, with plenty of versatility in the settings and EQ.

This lets you layer your clean tones and even your heavy riffs with warbling rotations or a smooth shimmering layer of modulation.

Think the intro riff for "Freak On a Leash" by Korn.

Brian Welch used modulation pedals for these kinds of sounds often, and even in a heavier metal style, a guitar player should have access to those sounds.

The BF-3 gives you a lot of them at a decent price tag. 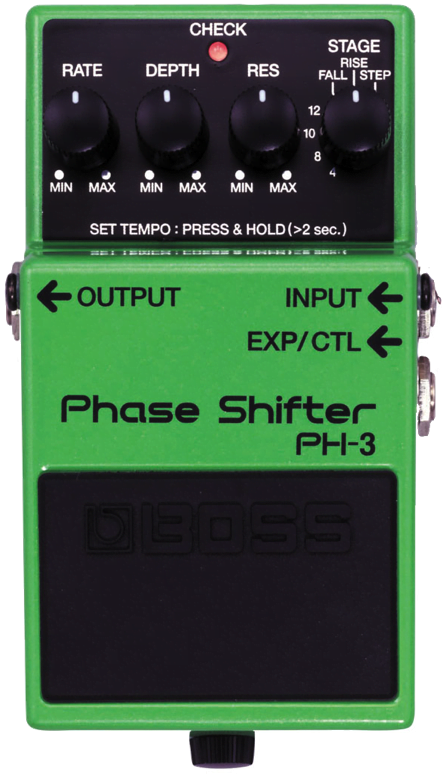 A lot of the reasons I like the BF-3 are also true of the PH-3 Phase Shifter. Since the phaser pedal creates a swirling sound with peaks and troughs, the PH-3 can be used in essentially the exact same context as the flanger. Personally, I've found digital phaser effects like the Phase Shifter to be more useful in a modern context, especially for fills and clean chord progressions.

Here are a few modern guitar players that have used this type of sound really well:

These are just a few of the names that come to mind, based on what I like to listen to.

Phaser pedals in general, and especially the Phase Shifter, are helpful in a metal context because it gives you an easy way to add variety and a certain aspect of mystique to your clean tones.

Moreover, when distortion used in metal is so heavy, it helps to have a tool to thicken up clean sounds so that the contrast when you switch between the two isn't so pronounced. 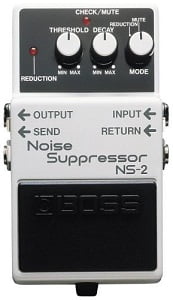 I always recommend metal or heavy rock guitar players use some kind of a noise gate or noise suppressor. The Boss NS-2 is one of the more popular options and is helpful, even if your amp or distortion pedal already has some noise suppression built in.

This becomes even more of an issue for tube amps, since they tend to create more unwanted noise on higher gain settings.

I'd recommend putting this at the end of your pedal signal chain and setting it on the Reduction mode, which will prevent a hard mute and create a more natural decay.

In my experience, the only thing it couldn't handle was a noisy Telecaster, which was a pickup issue.

If you don't use an amp-based distortion, the distortion pedal you choose should have a modern flavor and tone quality. This will be a percussive, heavily-saturated distortion with a lot of gain and sustain. From an EQ perspective it should be a little thicker and sound really full with power chords and progressions.

Something like the Amptweaker TightMetal JR, which we've already recommended, fits this description perfectly: 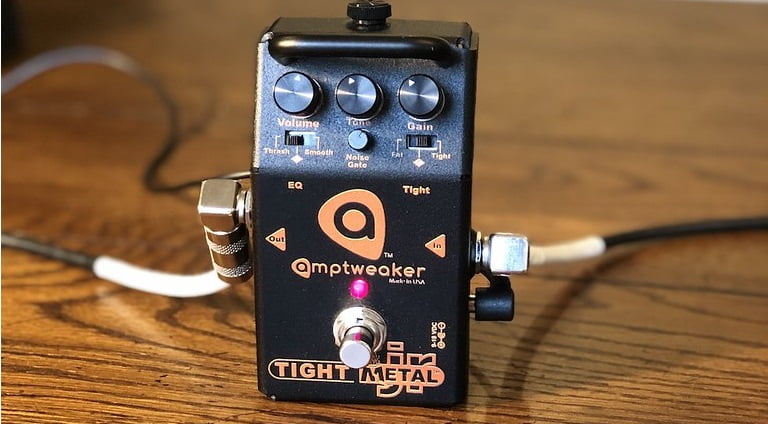 The TightMetal JR from Amptweaker fits the bill for the metal guitarist.

Another good option could be a really aggressive fuzz pedal, like the Twin Bender from Ramble FX: 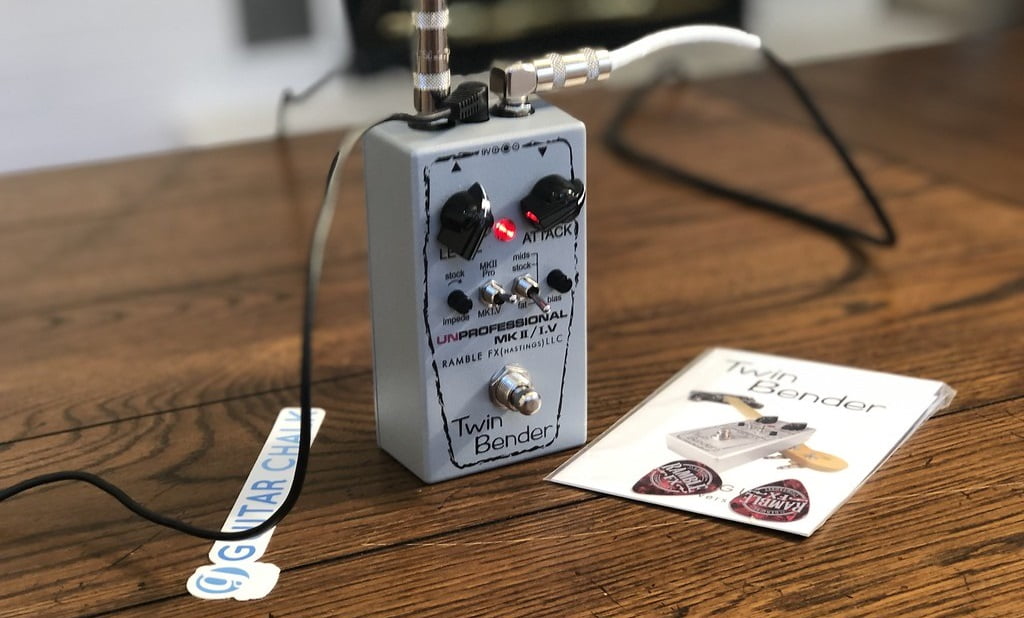 Another good option would be an aggressively-voiced fuzz pedal like the Twin Bender from Ramble FX.

Again, it's better and more common for metal players (pro and amateur alike) to get distortion from their amps. But, if you don't have an amp with a good onboard distortion, you can supplement with a pedal just as easily.

Just make sure it fits the above characteristics of the modern metal genre.

While modulation might feel a little too subtle for metal players, it's important for all guitar players to have access to at least basic modulation effects. For metal guitarists, I'd recommend each of the following:

This allows you to put a thin modulation layer over your clean tones, which will add presence and thickness and help prevent your clean signal from getting drowned out in contrast to the heavy distortion.

I like the TC Electronic Corona chorus pedal (pictured above) because it produces a thick and warm sound, great for decorating a metal guitar player's cleaner lines. Though there are plenty of modulation pedals that could work for this particular task, per the Boss PH-3 and BF-3 phaser and flanger I've already recommended

While modulation definitely isn't the most common or most highly used effect in the metal genre, it's essentially a must-have for all guitar players, without regard to style.

Those that rarely use clean tones could probably get away without it.

While there isn't a de facto "metal" pedal order, there are a few best practices I can recommend, mainly related to where you place distortion in your effects chain.

In most situations, your wah pedal should come before your distortion, like this:

Place any wah or filter effects before your distortion pedal.

This would apply to other pitch shifting and filter effects as well, like the Digitech DROP.

Switching them up can actually pull gain out of your signal and weaken your overall output.

Make sure gain-based effects are placed after your wah pedal.

Similarly, I would also make sure you don't front-load modulation effects, like phasers and flangers before wah and/or distortion in your signal path.

Modulation pedals should go after gain and filter effects.

What about the tuner pedal?

Technically, it doesn't really matter where your tuner is in your signal chain.

My personal preference is to always have it at the beginning of my signal, as the first stop after my guitar. Others will keep it outside their main effects line, or put it at the end.

It's largely an issue of preference.

When I looked around at what other people were publishing in their best guitar pedals for metal roundups, I noticed that most people just piled on the distortion pedals, which is really frustrating to me for a couple of reasons.

First, metal or heavy rock guitarists don't need a bunch of distortion pedals to pick from. They just need one that can handle gain really well.

In my opinion, that's the Amptweaker TightMetal JR, which I've listed.

The Empress Effects Heavy is another excellent option in this category, if you want a little variety to pick from: 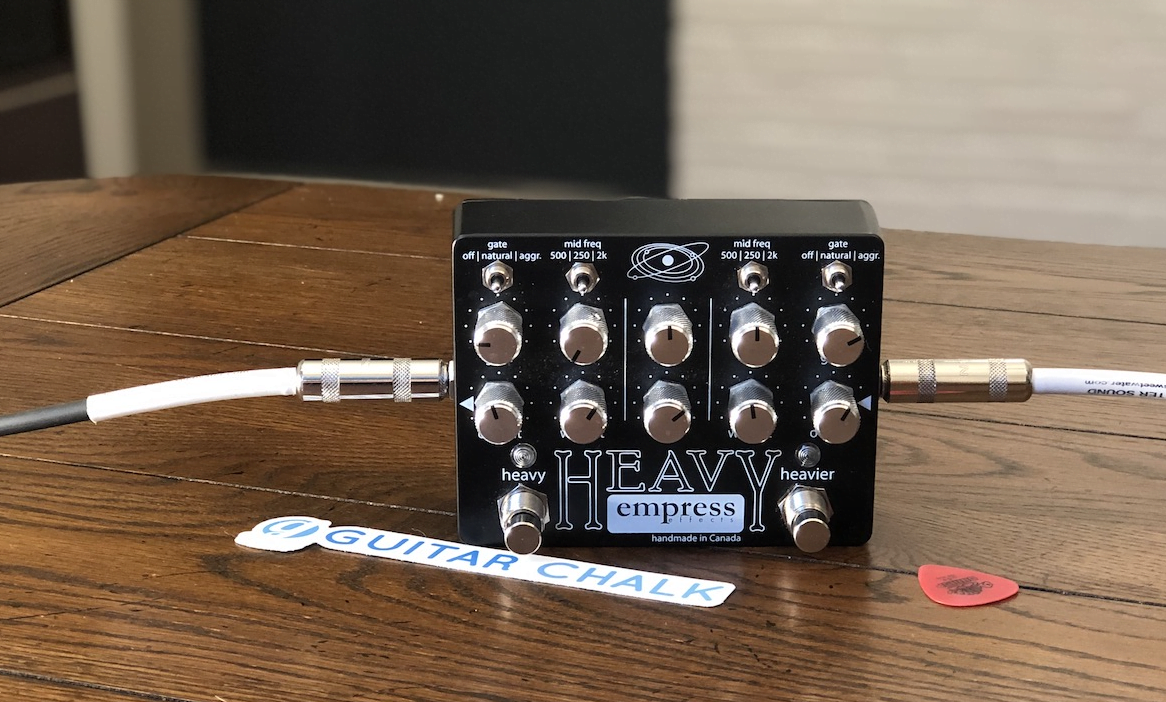 Even though there are some really nice distortion pedals out there, a nice amp is usually a better option for metal guitarists.

It's just another distortion pedal. And even if you're really into heavy riffing, you don't need more distortion.

Here's what I mean:

A good, modern-voiced tube amp, if you can afford it, is a far better source of distortion then any kind of pedal you might be able to procure. Take my Mesa Recto-Verb 50 in the picture below: 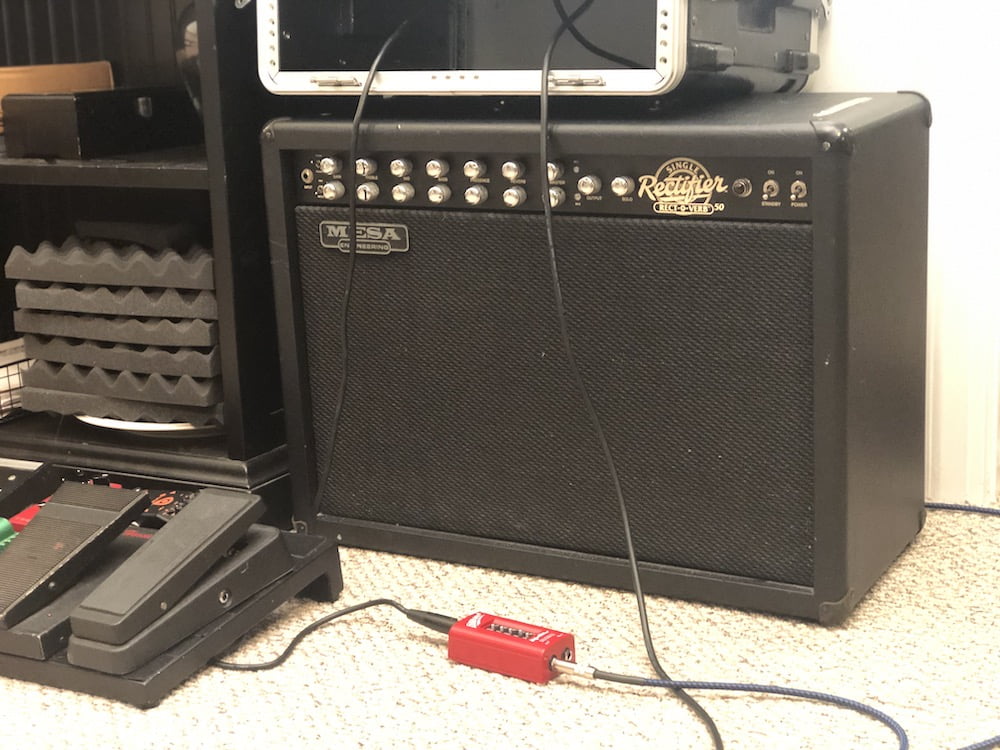 High-end tube amps like the Mesa Rectifier series are going to be far better sources of distortion than most pedals.

If you have a decent tube amp or even a high-end solid state amp, the onboard distortion or "dirty" channel is almost always going to be a better distortion source than whatever pedal you can buy.

Now, for those of you that don't have a great amp to fall back on, pedal-based distortion is totally fine.

But I think it's important to say that being into rock and metal, doesn't mean you need to be bombarded with distortion pedals.

The best guitar pedals for metal should be functional for that style. They should help you play more of what you want to play and improve your sound comprehensively. Again, this isn't necessarily distortion.

It might be pitch shifting, modulation, or even ambience (in less common cases).

For metal, you need to address the follow tone-related needs:

If you get these issues taken care of, perhaps even at the amplifier level, your rig should be able to handle most of what the metal style can throw at it.

Have questions about the pedals recommended hear?

Or maybe you're wondering about something I didn't mention or a different aspect of setting up a rig for a great metal tone.

If so, feel free to leave it in the comments section below and I'll be happy to help out as best I can.

Written by GC Editorial on Pedals and FAQs