With a wide range of intense, ethereal ambience that's unique to Walrus Audio algorithms, the Fathom is one of the best reverb pedals in existence, and one of the highest rated guitar pedals to ever come through our system.

The Walrus Audio Fathom reverb is one of our favorite reverb pedals and one of the highest-rated pedals to ever go through our rating system.

The Fathom sounds like you're shouting down into a dark cavern, making its name an apt description of the sound it creates. Ambience coming out of the Fathom is often thick and intense, perfect for dressing up clean signals or making single notes sound a lot more interesting.

We got a hold of the Fathom awhile back and spent enough time with it to record our own demos, take some photos, and write a few different reviews, including this one.

We've already mentioned the Fathom's stellar rating, but in this table we've compared it to a few other reverb pedals, and added a COMPARE button that allows you to look at pricing and basic features.

You can use the orange Sweetwater buttons to browse products and help support Guitar Chalk, yet at no extra cost to you.

IDEAL FOR: Deep ambience, clean tone layering, and anyone in need of a versatile reverb. 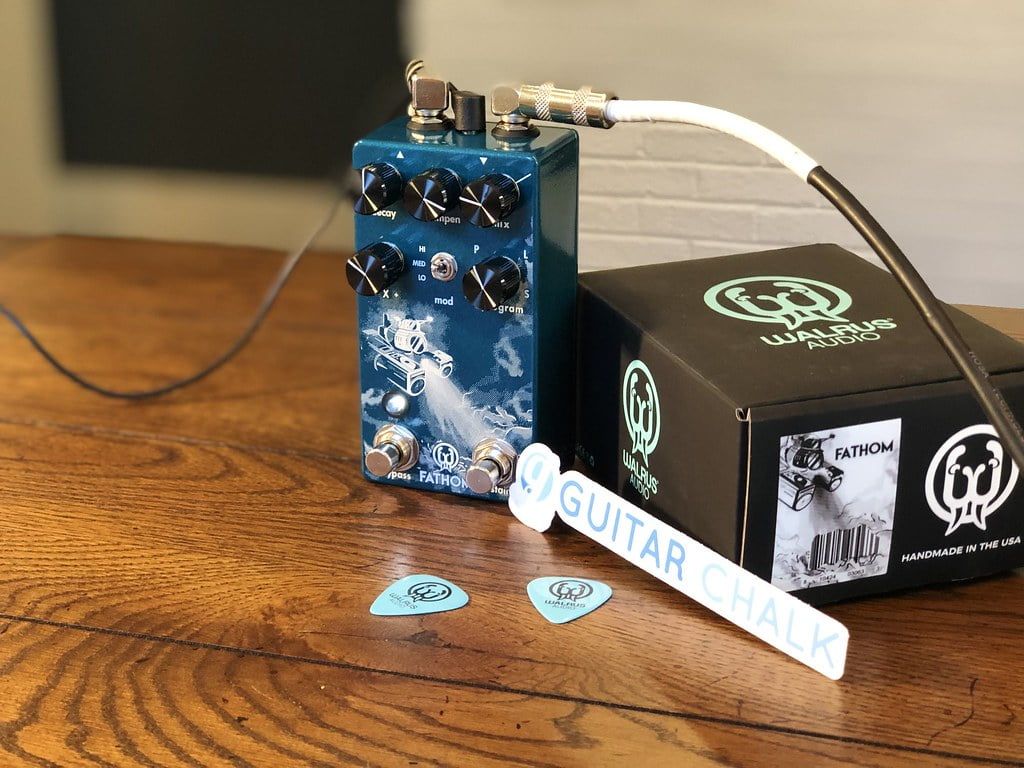 The best word I could use to describe the Fathom is "intense." It creates a deep reverb trail that can be customized in the following ways:

All of this versatility gives you a reverb pedal that can sound like a lot of different things. On most settings, it truly does sound like you're shouting down into a deep, dark cavern, or listening to music underwater.

Here are the four algorithms you have to pick from:

Here's the demo we recorded with the Fathom in-house:

You can hear that the algorithms are distinct from one another, giving you plenty of variety to choose from. We also really like the "shimmering" effect with some of the higher filter settings, which basically highlights those higher bits of the reverb trail to give you a sort of glistening, ethereal feel.

There's some basic modulation on the pedal as well, though we thought that the ambience itself sounded modulated, even without much knob tinkering.

It's just a very deep and menacing reverb.

If that's what you're looking for, you'll love the fathom's tone. 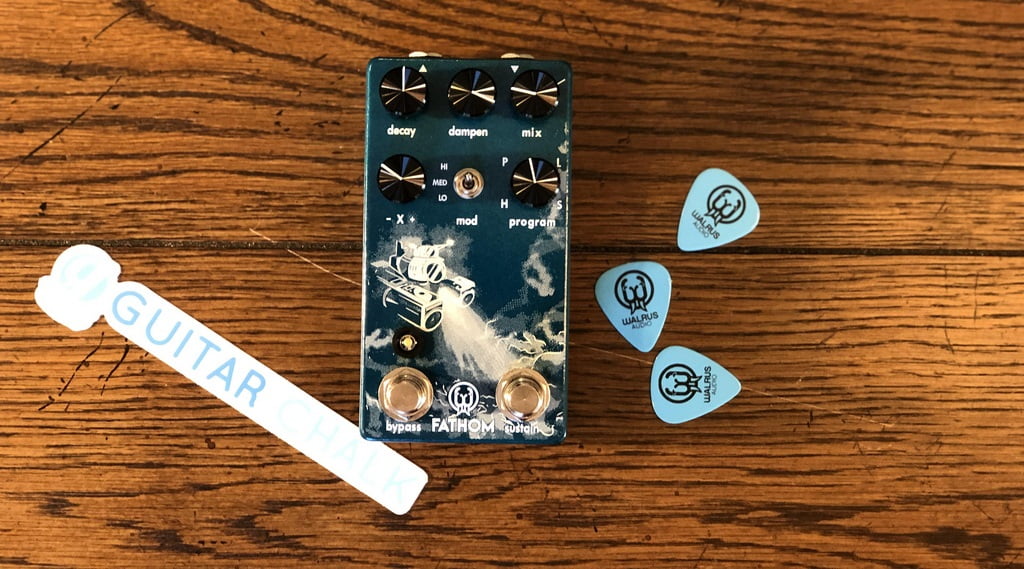 The control scheme is basic, but effective.

In other words, it's not just mixing an effect over your dry/natural amplifier tone. It's actually using the wet signal as a separate entity. 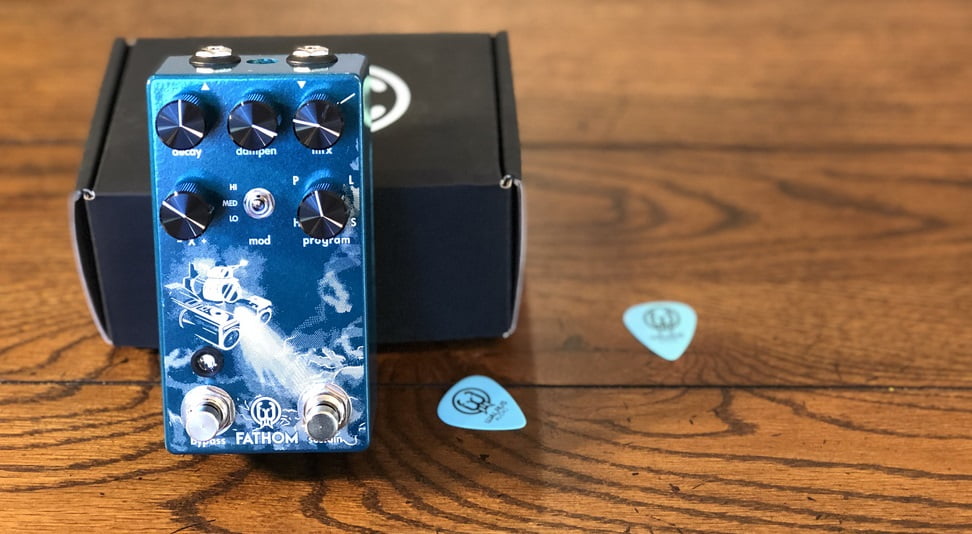 Just hanging by its box.

I found that even just small changes in the controls gave me some big transformations in the effect.

Again, this is shown clearly in the above demo.

Here's a full list of controls and pedal specs:

$200 is a fairly common price for boutique guitar pedals, which carries into the Walrus Audio Fathom without any wiggle room. We've seen used options go cheaper, but $200 is the going rate and doesn't seem to be changing anytime soon.

While we'd like to see the Fathom a little cheaper, it's such a great-sounding pedal that we have a hard time complaining about the price.

The folks at Walrus Audio clearly put a ton of work into their algorithms and pedals.

It's enough to justify the price point and to keep us from complaining about having to pay it.

For one of the best guitar pedals in existence, $200 is fair.

The Fathom is probably better suited for more advanced pedalboards or those that want more than what is offered to them in an amplifier's reverb. But it's hard for us to think of a situation where we'd avoid recommending it. Any time you're need an ambient effect, the Fathom is going to be at or near the top of our recommendation list.

If you have questions about our Walrus Audio Fathom review, or the evaluation process, feel free to drop them in the comments section below.