What kind of amp does slash use?

While the exact specifications have changed over the years, Slash has consistently used Marshall JCM800 amp heads, both live and in the studio. Modified versions of the JCM800 have served as the base model for Slash's signature amp heads.

In this article we’re looking at one simple aspect of Slash’s guitar setup, namely, his amplifier.

Which amp does he use in the studio and for the live shows he’s been doing over the past few years? Does he still have a signature amp? What about the older issues of those amps?

We’ll answer these questions and seek to give a simple answer for the broad question:

What kind of amp does Slash use?

We’ll highlight the type of amps he uses, both live and in the studio for the bulk of his work with the following groups:

Before we get into the details, I’ll outline the basic answer to our question. In short, it’s all about Marshalls.

Table of Contents (click to jump)
Slash’s Most Common Amp Choice
Older Versions
What about the ADF100?
Is the JCM 800 a must?
Conclusion

For all the groups we’ve mentioned above and for all the albums he has contributed to, the JCM 800 has been front and center.

To illustrate, here’s a diagram of his rig, showing several of these amplifiers from 2012: 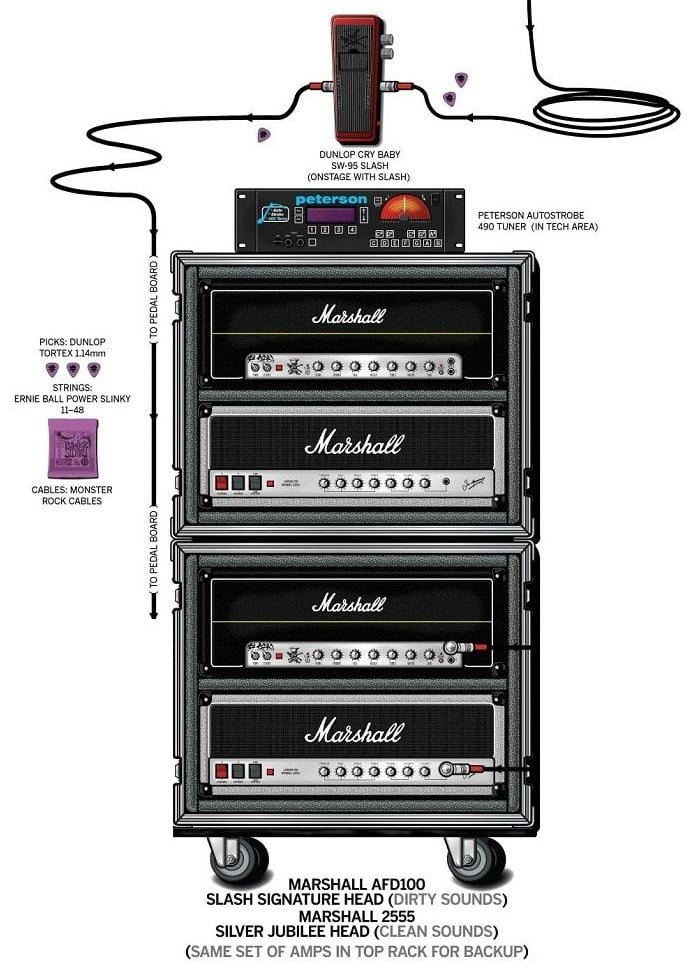 Part of Slash's guitar rig from back in 2011 with plenty of Marshall amp heads.

These are all older variations of the JCM 800, which is pictured below in more recent footage of Slash’s guitar rig by Sweetwater (I think it’s from 2019). This particular version is an updated issue of the JCM Slash Signature amp head. 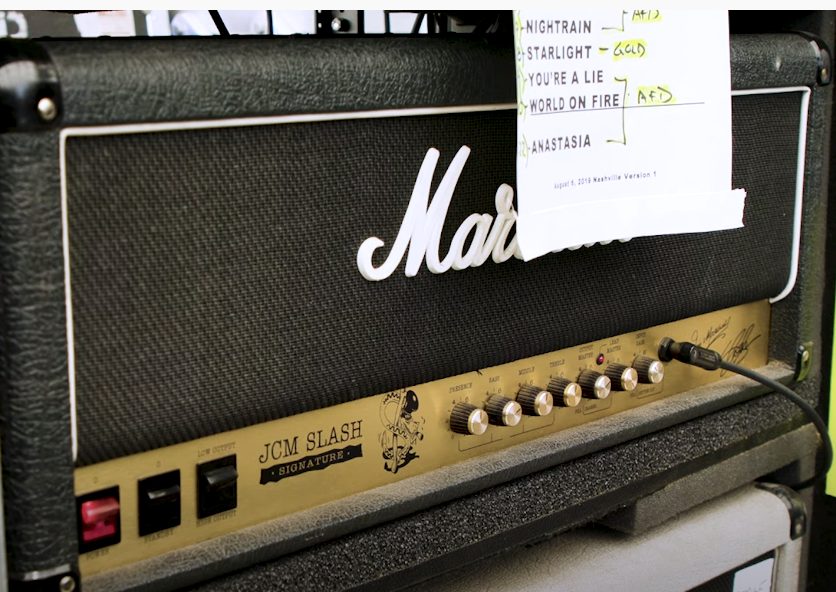 A modified version of the JCM 800, the JCM Slash Signature amp head.

This is a modified version of the original JCM 800, is the amp that Slash uses most often, both for live performances and in the studio.

In the same video you can see that he also uses one of the original Model 2555 heads that you see in the above rig diagram. This is an issue of the same amp from years past, that has since been re-tooled and outdated. Though he does still use the 2555, which is pictured below: 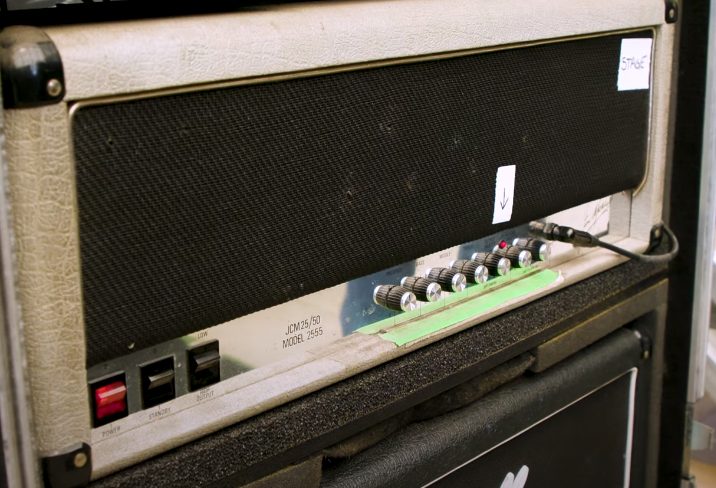 All of these signature amps are built out of the base version of the JCM 800, which is one of the most widely used and popular Marshall amps of the past several decades. Tons of pro guitar players have relied on this amp, including Billy Joe Armstrong (Green Day), Adam Jones (Tool), Joe Satriani, Tom Morello, and many more.

Here’s a stock photo of the JCM 800 as it ships, without Slash’s modifications:

The Marshall JCM800 in all its glory.

The Marshall ADF100 that you might have noticed in the drawn rig diagram is just an older issue of the JCM800 signature, similar to the 2555. While Slash still uses the 2555, we haven’t seen the ADF100 pop up in recent versions of his rig.

We’d expect that the ADF100, aside from the occasional entry on Reverb, isn’t going to show up again in Slash’s rig anytime soon.

For those wanting to capture Slash’s tone, it’s not absolutely necessary to buy a JCM 800. Other Marshall alternatives can get close to Slash’s sound without forcing you to spend a ton of money.

The simple answer is that Slash’s amp is always about the Marshall brand, particularly the tube-driven circuits and the vintage appeal of the JCM 800. Again, I would not argue that you must have the JCM 800 to get a similar sound.

But I would highlight recommend some kind of Marshall amp and, if you can handle the price tag, something with a tube-powered circuit.

Regardless of what you end up with, The Marshall JCM 800 and Slash’s tone are always going to be closely tied.

It’s the amp of choice for the true Slash fan.

Which effects and pedals does Slash use? Past & Present

Which effects and pedals does Slash use? Past & Present