Though both programs take a  different approach to teaching and have significant weaknesses , we'd give Yousician the edge in a direct side-by-side comparison.

And while they use two very different formats to teach (more on this later), they cater to a similar audience of beginners and new players. Both programs are designed to be engaging and entertaining and to keep people interested in music or the guitar specifically.

I've reviewed both programs in great detail. One of them I like, and one of them I'm pretty unhappy with. You can checkout the full reviews of each program via the links below, or read on for a direct Yousician VS Fender Play comparison.

My experience with both of these programs is fairly extensive. I've paid for and used each one (in addition to the free trials) to get an idea of what the consumer can expect and what kind of value you get. For Guitar Chalk VS articles, I use tables and a grading system to do a direct side-by-side comparison of each program. Before we get started, there are a couple formatting differences between Yousician and Fender Play that I should point out:

Even with the different formats, we can still compare the value of each program head-to-head. If you have any questions, feel free to drop those in the comments section below.

Let's start with some of the more basic FAQ items like member count, pricing, and free trial information:

The main reason this table doesn't look great for Yousician is because they're very cryptic about their membership and the amount of material they offer. It's also hard to qualify what they cover in terms of styles because of their format.

They're also a significantly more expensive option than Fender Play.

Here's a quick look at the home pages from each program. Both are slick, modern, and up-to-date.

The Fender Play home page as of October 2022.

The Yousician home page as of October 2022.

If you pay the yearly amount, Yousician is about the same price as Fender Play, but the monthly option doubles in price, which is a big negative for Yousician's sign up process.

However, once you get into the content, Yousician's value starts to show through and somewhat justifies their price tag, at least compared to Fender Play.

Let's jump into some of those more meaty details.

As I mentioned, both programs do a decent job of catering to beginners or those who are just starting out with guitar. At the same time, they both lose a significant amount of value as you get into the more advanced stages of learning.

Fender Play is particularly weak in this area.

Let's look at the side-by-side comparison:

While I've found both programs to be weak after the beginner material, Yousician is the lesser of two evils, getting a solid C for all the non-beginner rating categories. You can definitely learn and improve with their intermediate and advanced material, but it's not the best option, by a long shot. The Fender Play lesson dashboard for logged in users. 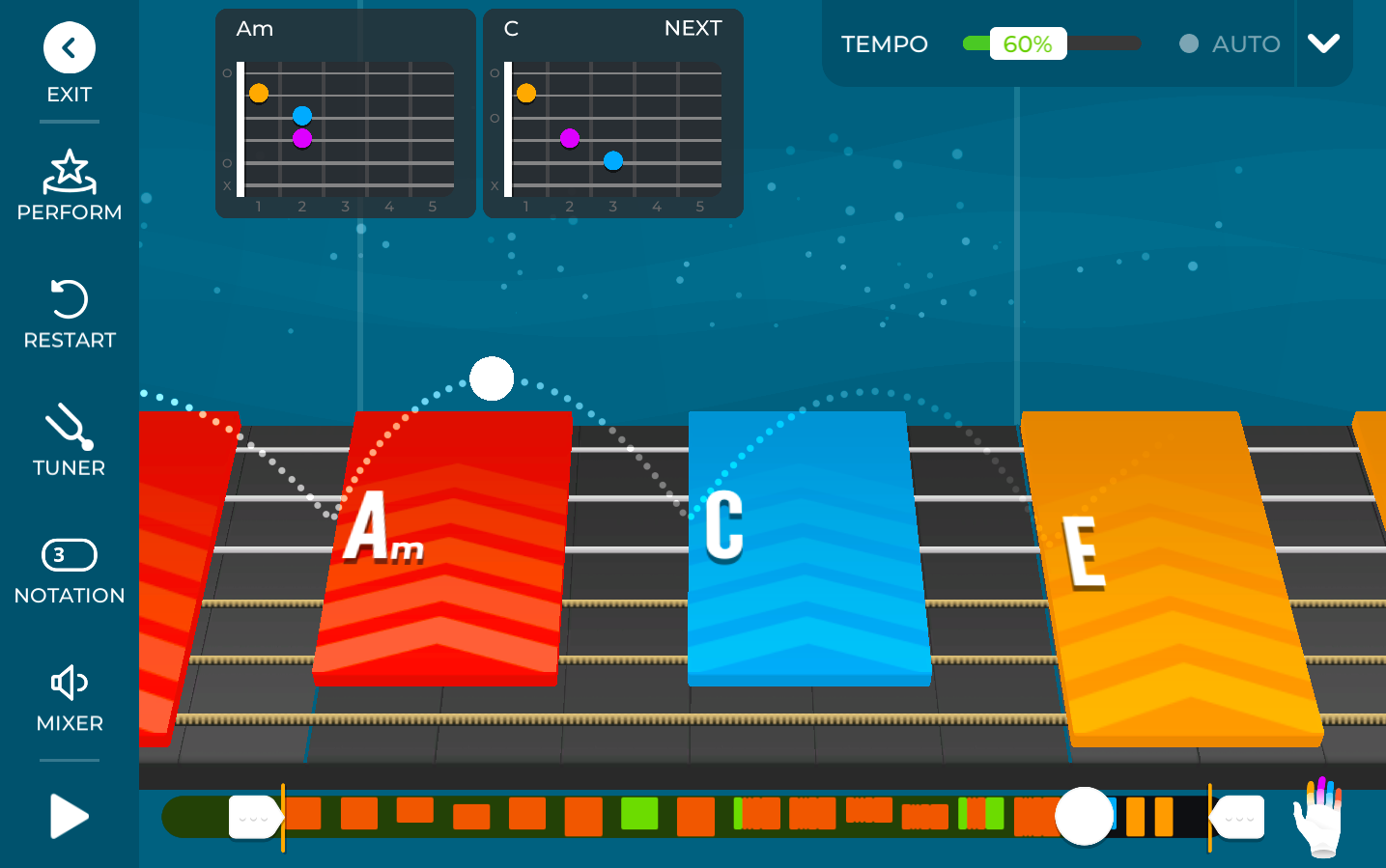 Both sites fair quite well in terms of their interface and overall design. Yousician also runs off an application that is installed on your computer, which I'm lumping into this design grade as well.

Both the Yousician and Fender Play interfaces are smooth, modern, and fairly easy to navigate, though Fender Play perhaps has a small edge in terms of pure ease of navigation.

Yousician's course organization isn't quite as intuitive as Fender Play. In a lot of places I wasn't sure where to go or what I should be looking for. Otherwise, the two are similarly designed with easy-to-read panel navigation for courses and lessons and a sleek, modern user interface. 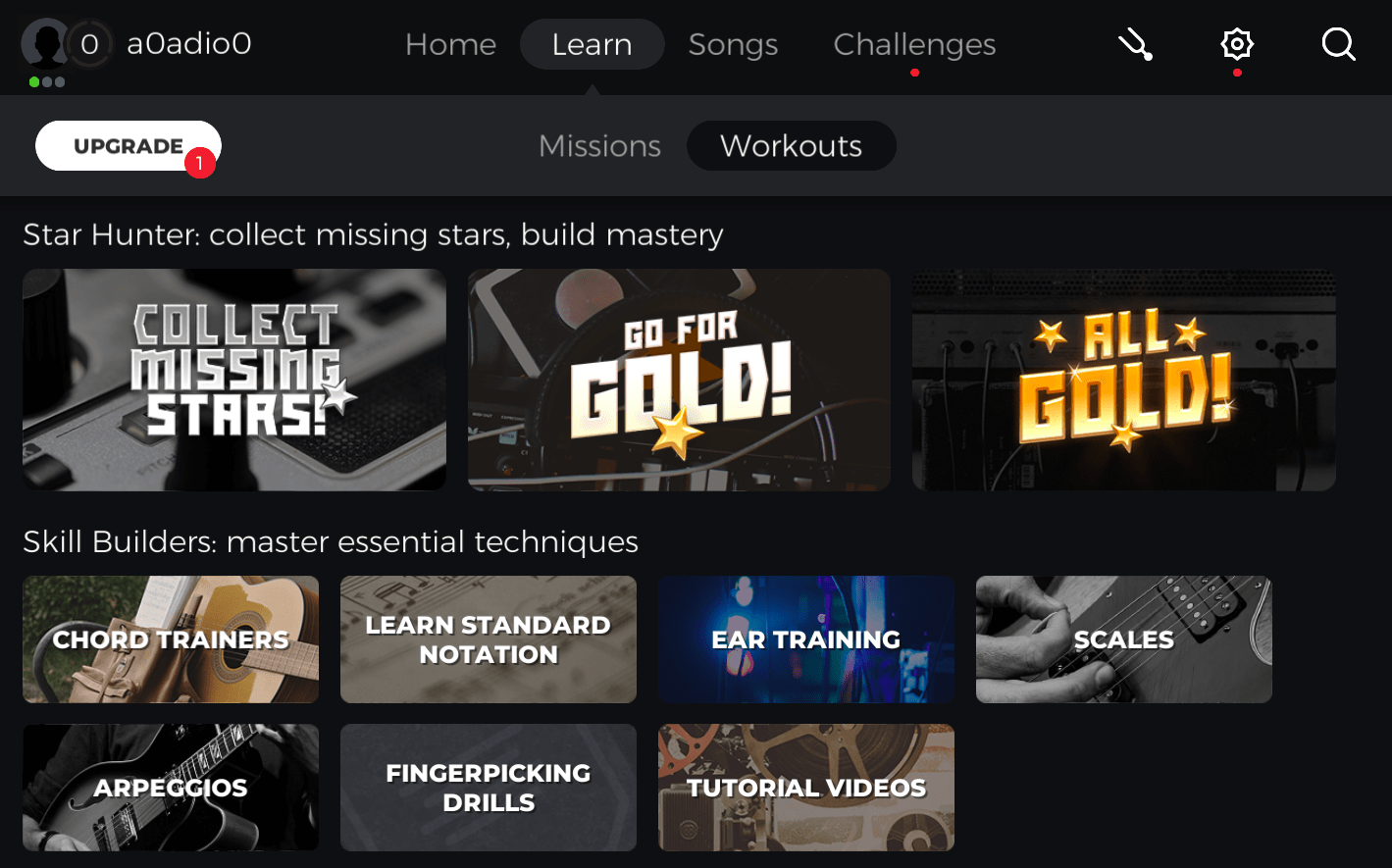 Navigation elements in the Yousician app.

The Yousician Guitar Hero-style interface isn't a perfect comparison for Fender Play's video player. However, it does have enough similarities that we can grade them side-by-side.

Most comparison are a wash, though Yousician's game is naturally more interactive and more engaging than Fender Play's videos.

For Yousician, things like tabs, chord diagrams, and audio are a huge part of their program. Calling it supplemental might not be giving it as much credit as it deserves.

Because of the tabs used in the video game interface, Yousician gets strong marks - and handily beats Fender Play in most of these categories with the exception of "Instructor Interaction" since Yousician doesn't actually have any instructors.

Supplemental material section for one of Chris Liepe's lessons. 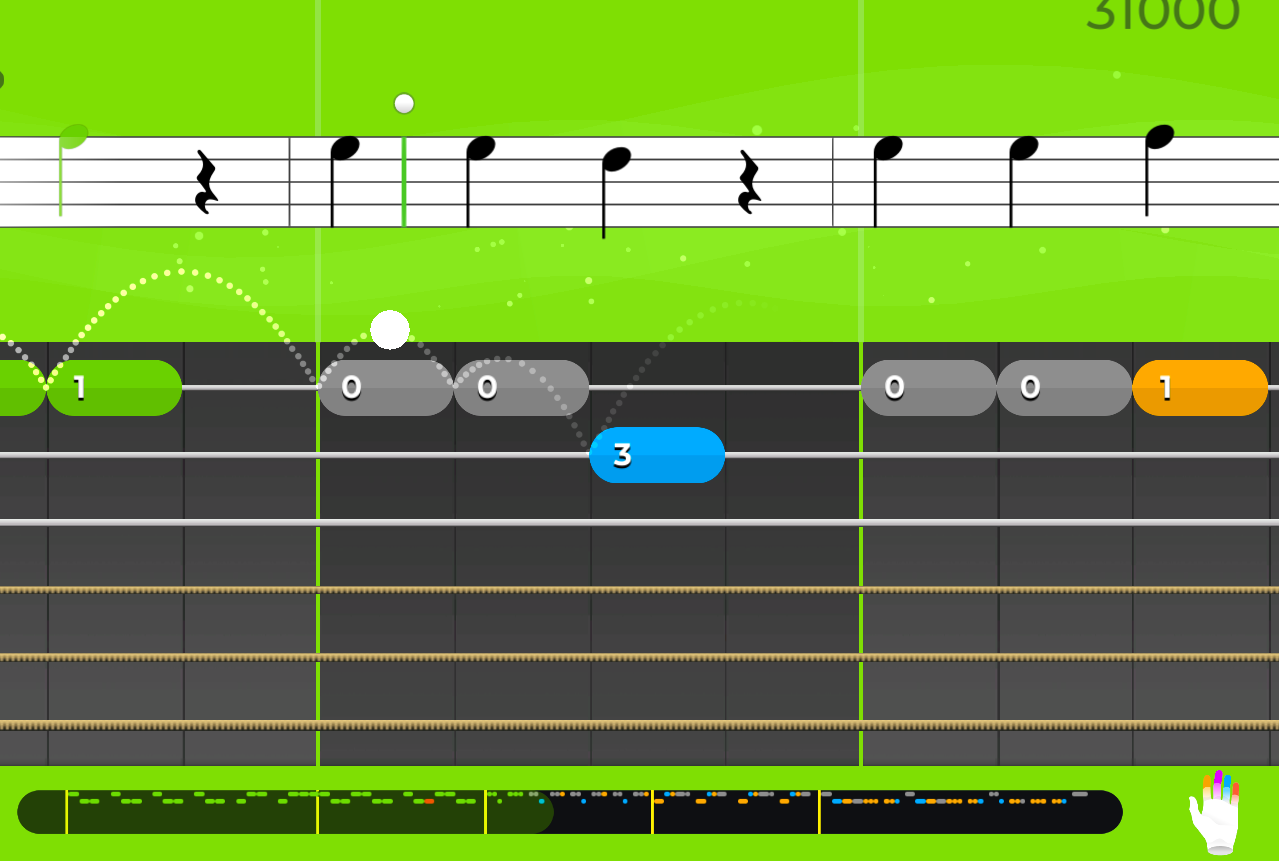 Most of Yousician's licensed song lessons are actually behind a second pay wall, which is a huge disappointment, considering it's already more expensive than Fender Play for the standard account.

This second pay wall is a "Premium" Yousician account that gives you access to all the songs by famous artists.

For a standard membership, you only get access to the generic song lessons.

If you don't mind paying more, the Yousician songs are fun to learn in the video game format. It's just expensive, not only by Fender Play's comparison, but also by most other online guitar programs.

There's no question that the pay wall issue hurts Yousician in this area.

Because otherwise, the song lesson portion of their content base is quite good and really engaging.

They should make it available to the $19.99 per month customers, and let one of the program's main strengths make it around to more people.

While the comparison between these two programs is imperfect, my impression is that Yousician is more engaging, and more unique than what Fender Play has to offer. As I've stated in my Fender Play review, they don't really have a direction or an identity, while their content is just really basic and entry-level.

Yousician - while falling short in a lot of ways - at least has the uniqueness of their approach to rely on and an engaging method of learning.

In a direct comparison between the two, I'd recommend Yousician over Fender Play, primarily because of FP's under-performing.

If you're looking for more details on  other programs, here are a few reviews I've done that might be helpful:

If you have questions about either of these programs, feel free to drop me a line in the comments section below. I've used paid versions of both programs extensively, so I can speak to a lot of the mystery behind each company's pay wall.

JamPlay VS Yousician (side by side comparison)

JamPlay VS Yousician (side by side comparison)