The single biggest factor concerning most people looking to buy an electric guitar is cost.

With a ton of brands, models, and styles to choose from, our budgets inform the process from start to finish, regardless of our playing ability. For those new to the economy of electric guitars, we're going to look at the typical cost of an electric guitar in this article.

Let's start with a simple answer.

Electric guitars range in cost from about $200 to $2000, with most falling in the $600 to $900 price range. A high-end Epiphone and a Fender Player Stratocaster might both cost around $650 without any kind of modifications or parts upgrades.

As you can see, this is quite broad.

However, you can easily start to narrow down your options if you look at the type of electric guitar you want and the brand you want to target. For example, brands can loosely be broken up into their own price ranges:

Keep in mind, these are just estimates for each brand. To get a more detailed answer, let's look at some specific models with price taken from their Sweetwater listing.

How much do electric guitars typically cost? It's complicated. 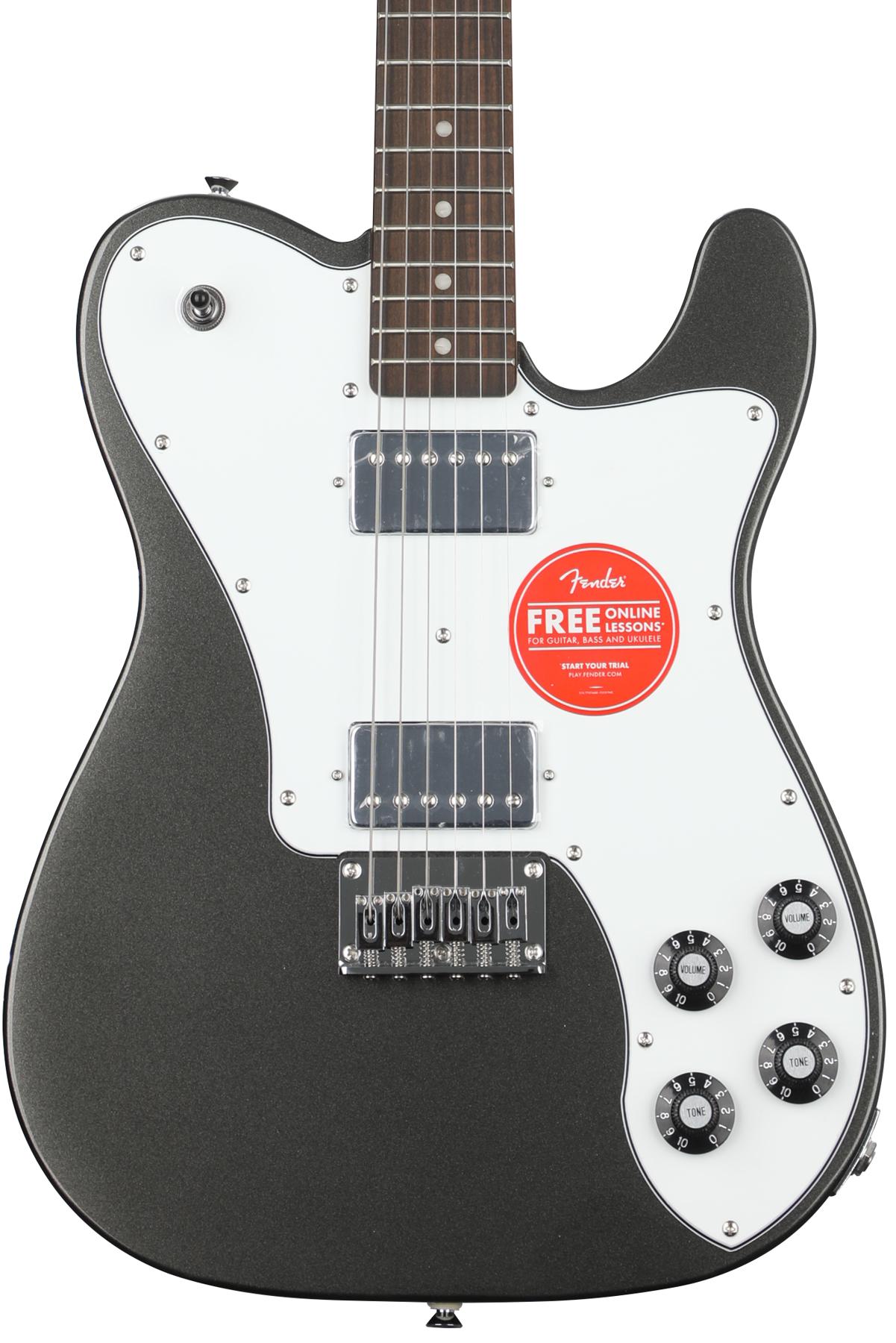 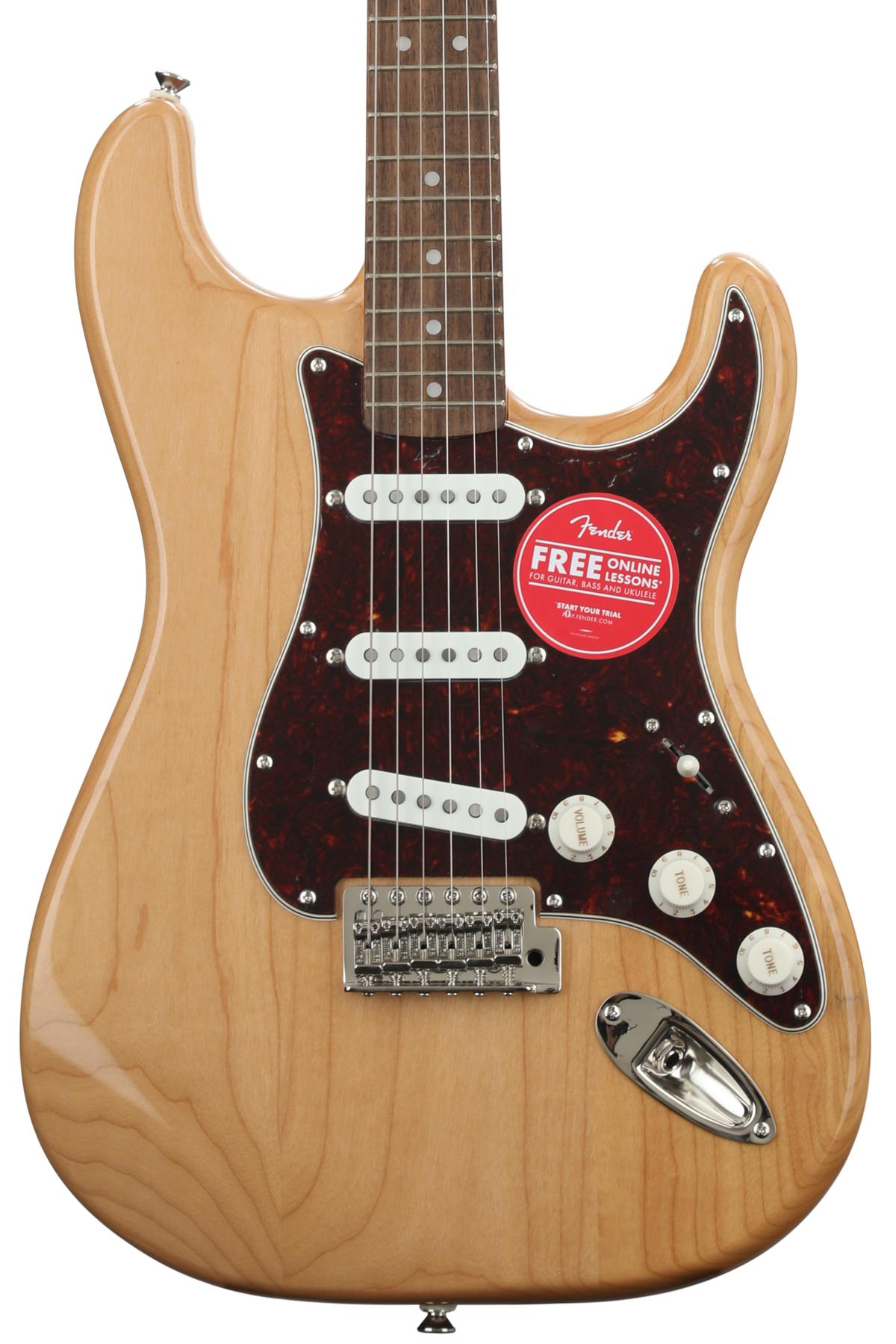 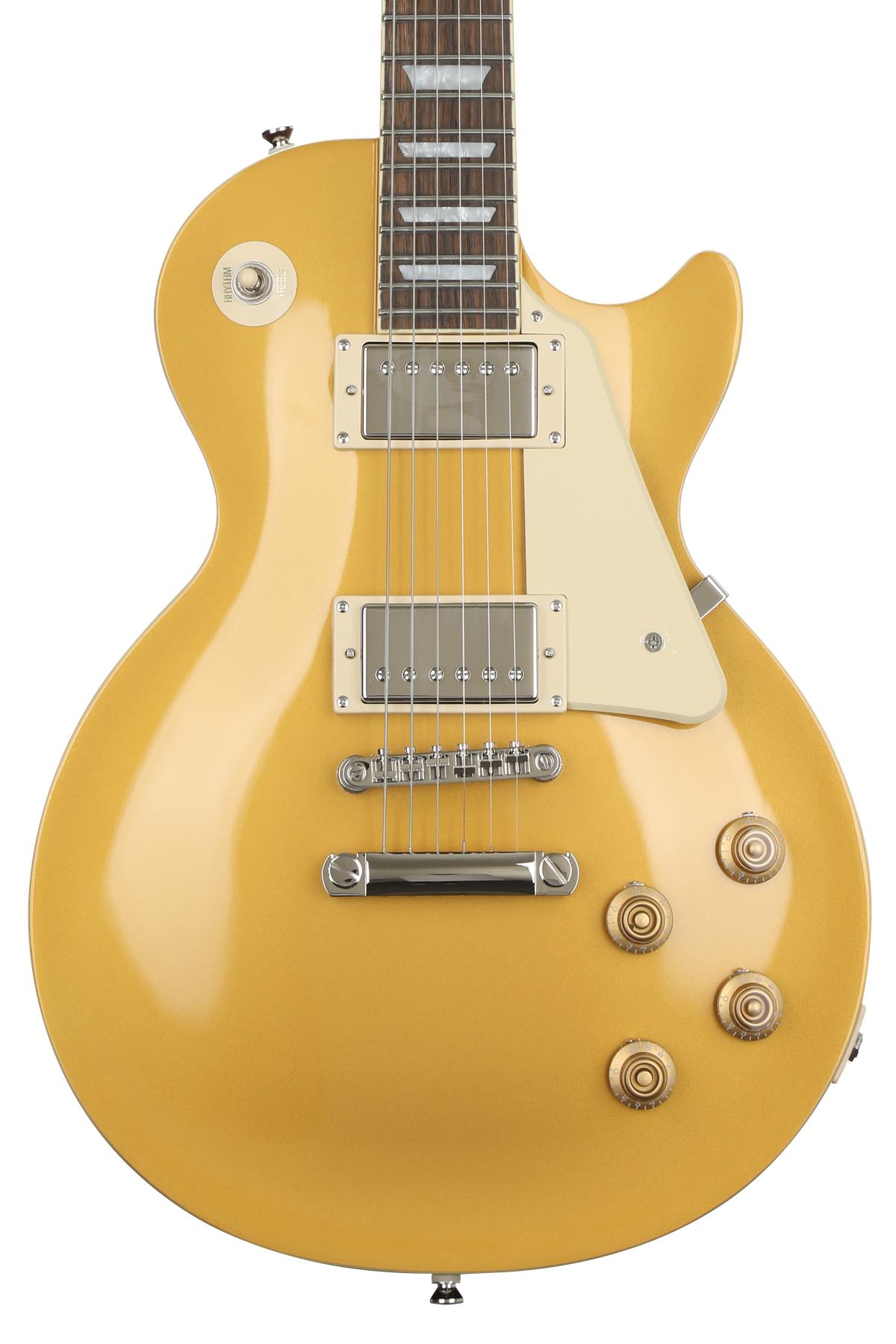 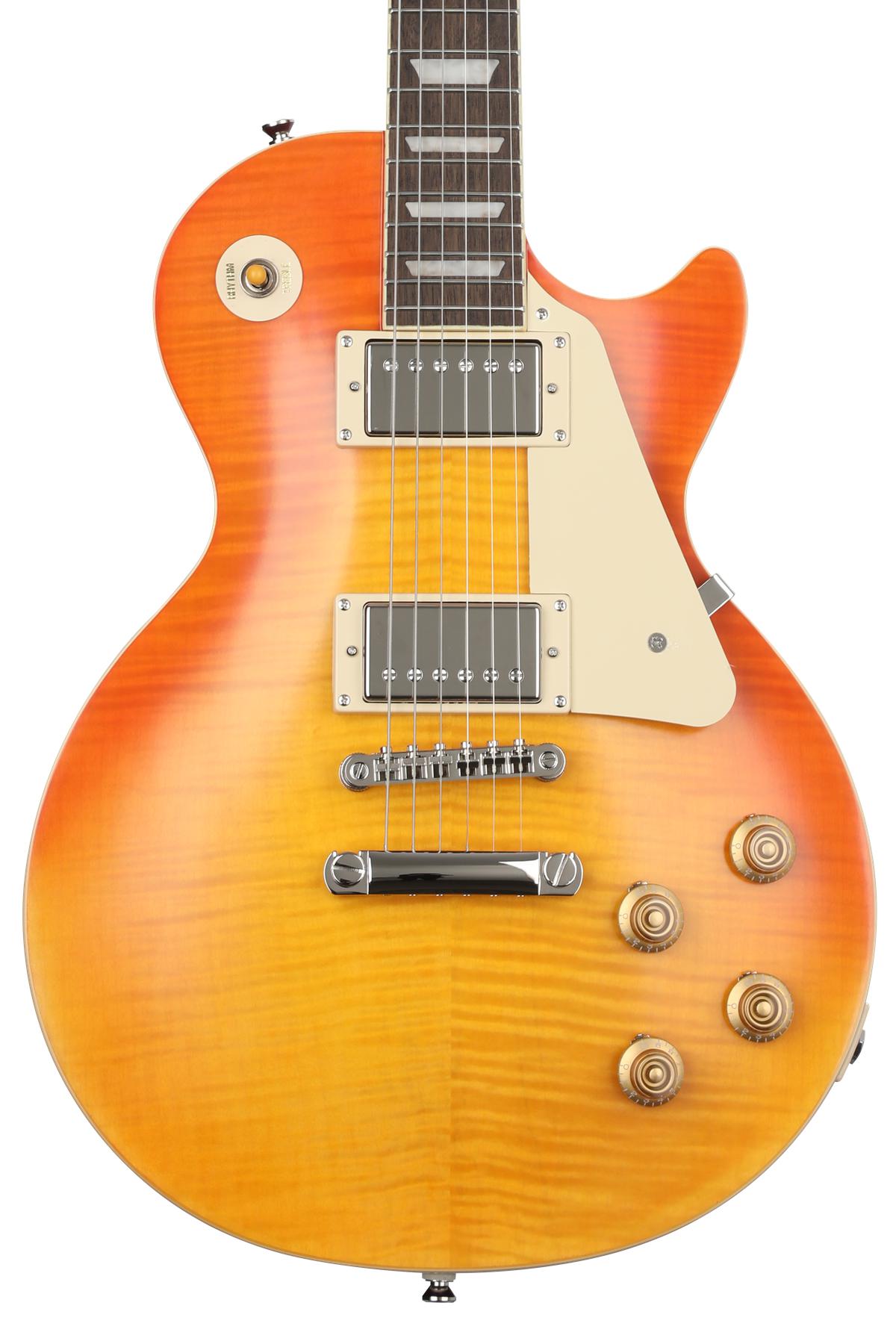 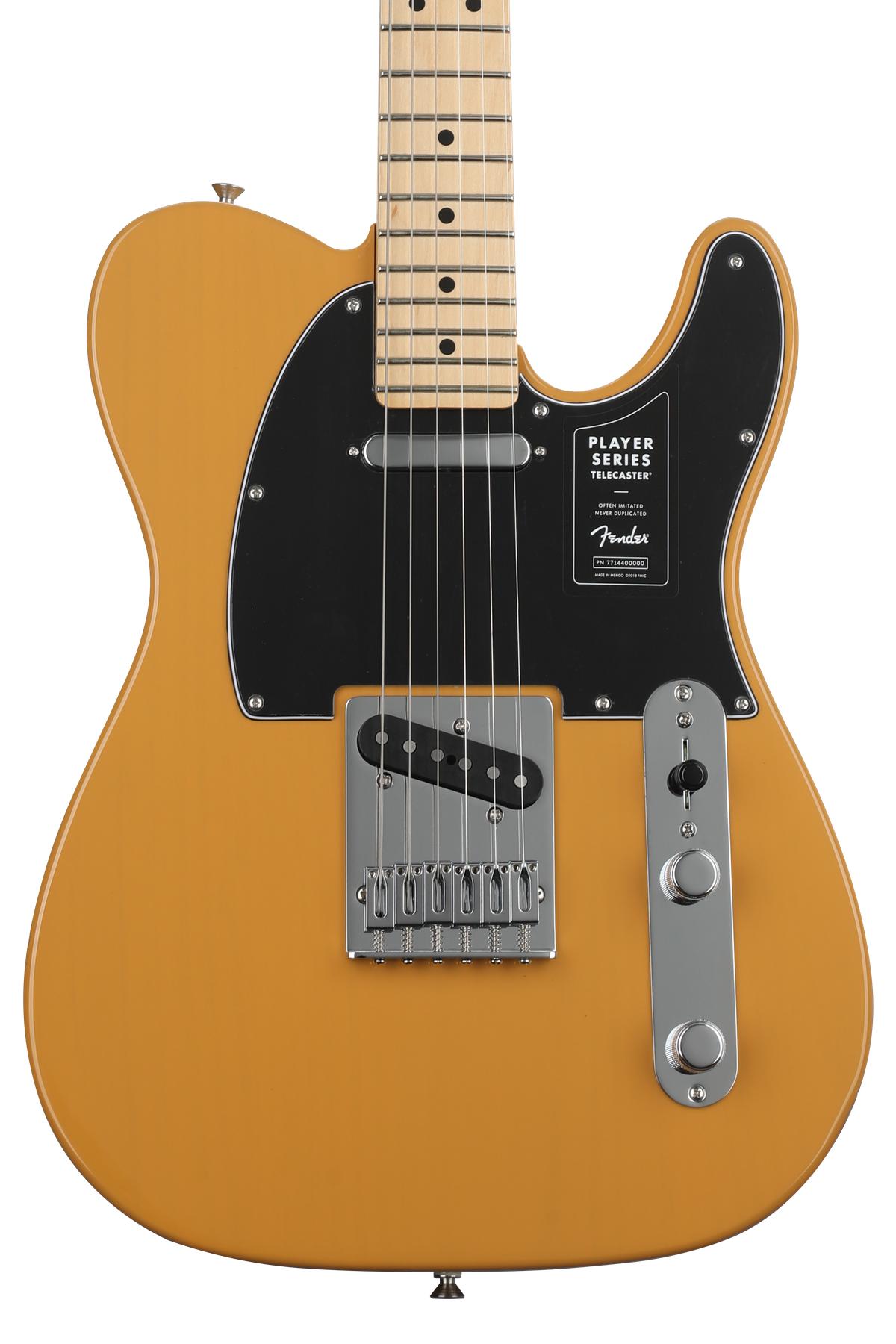 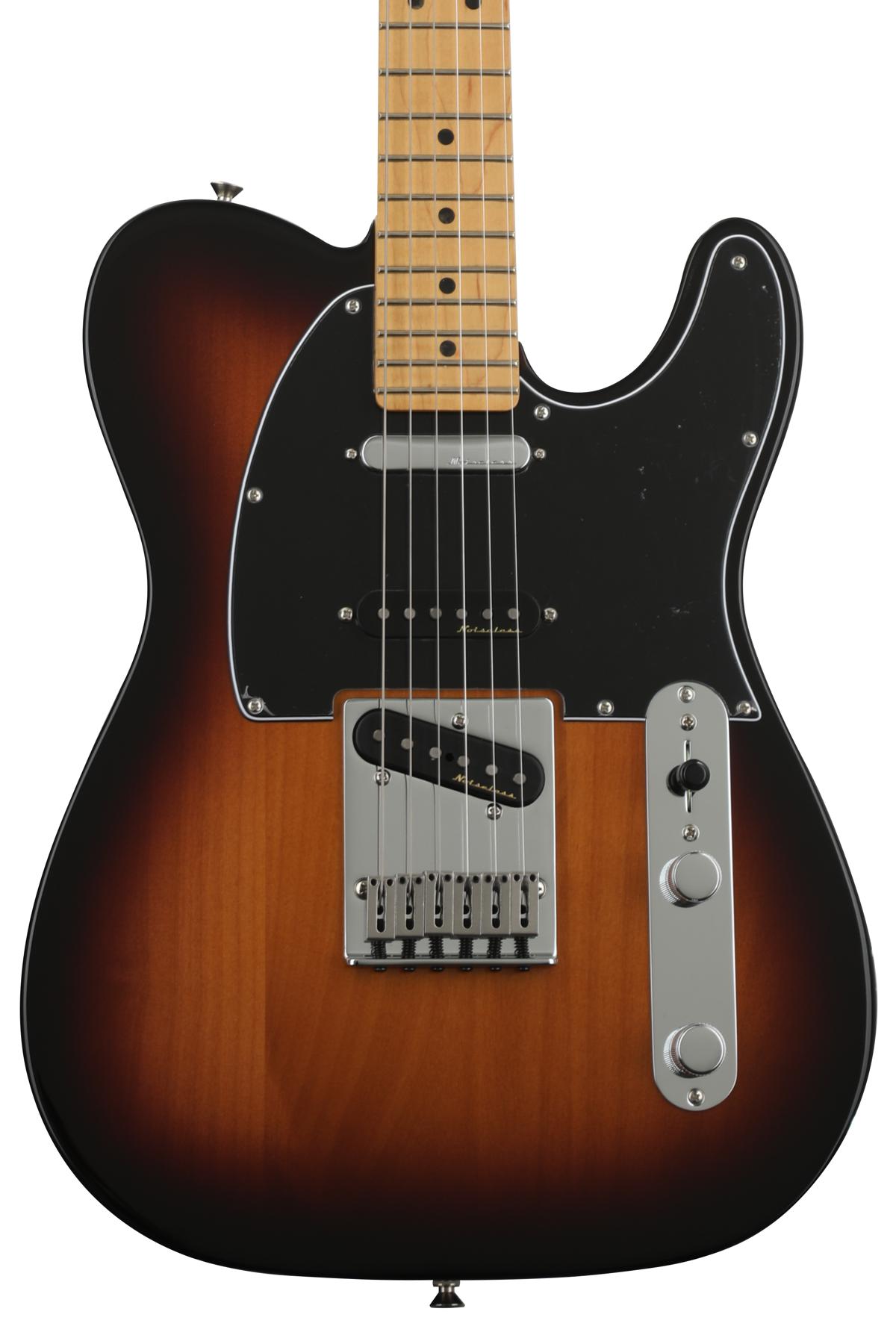 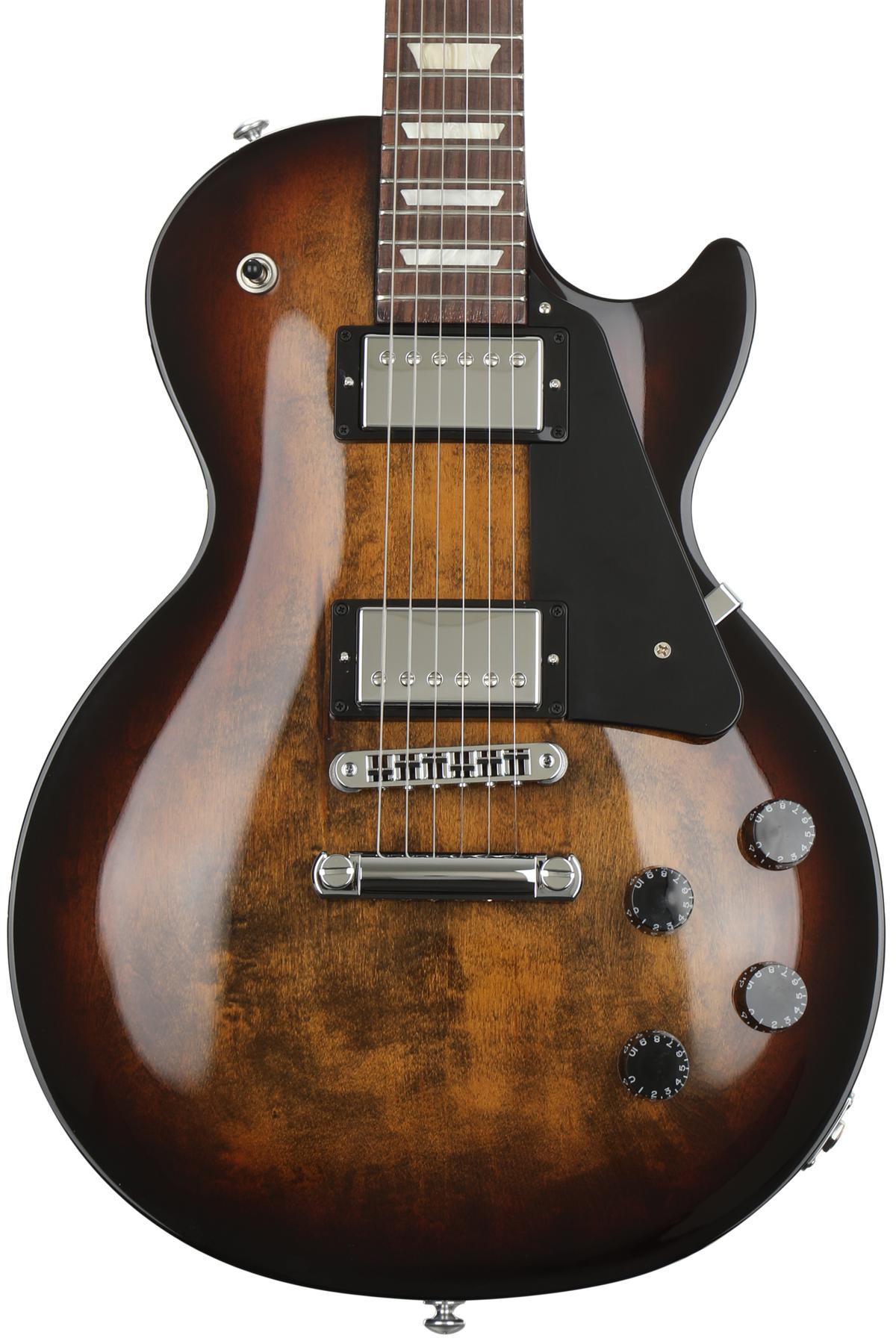 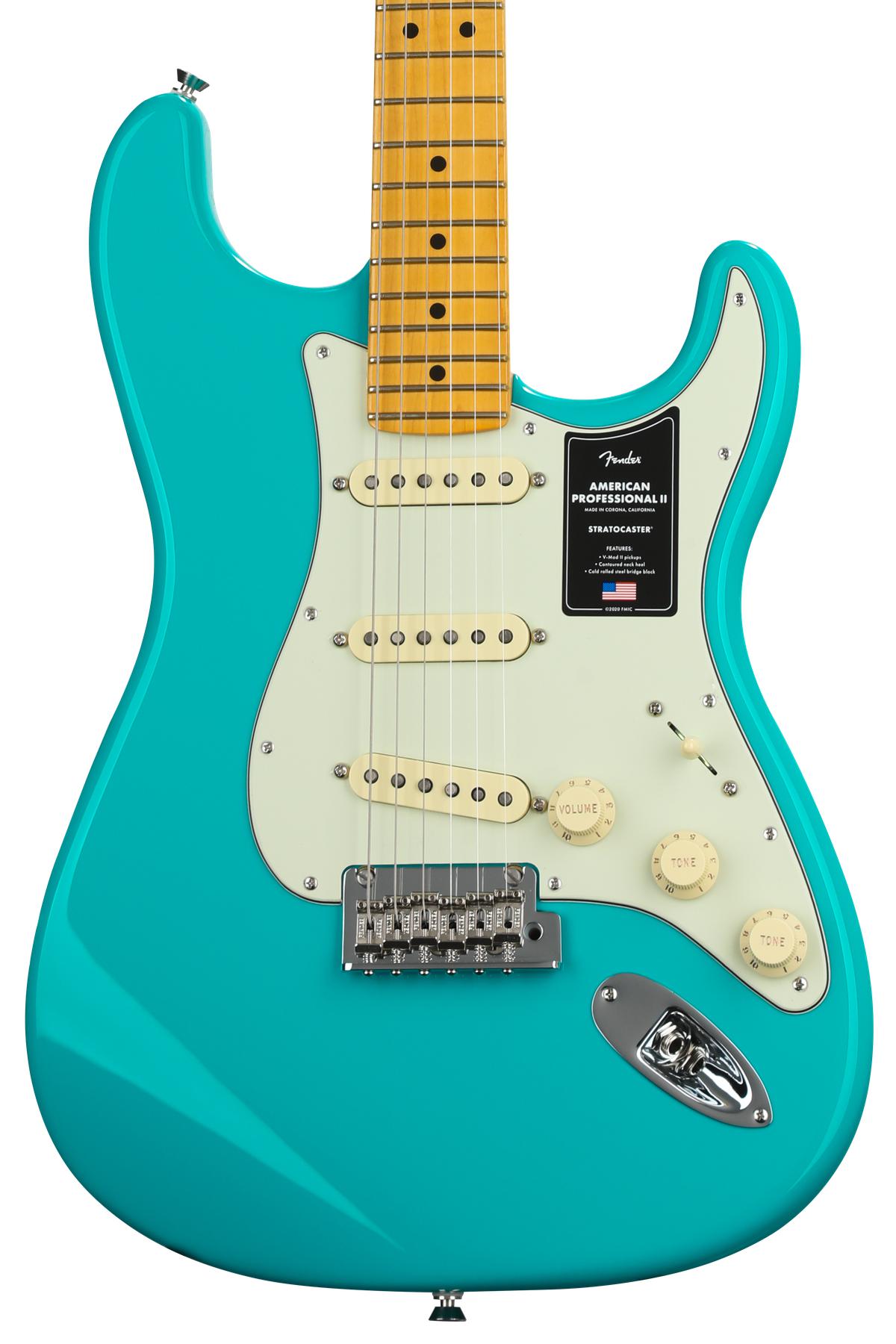 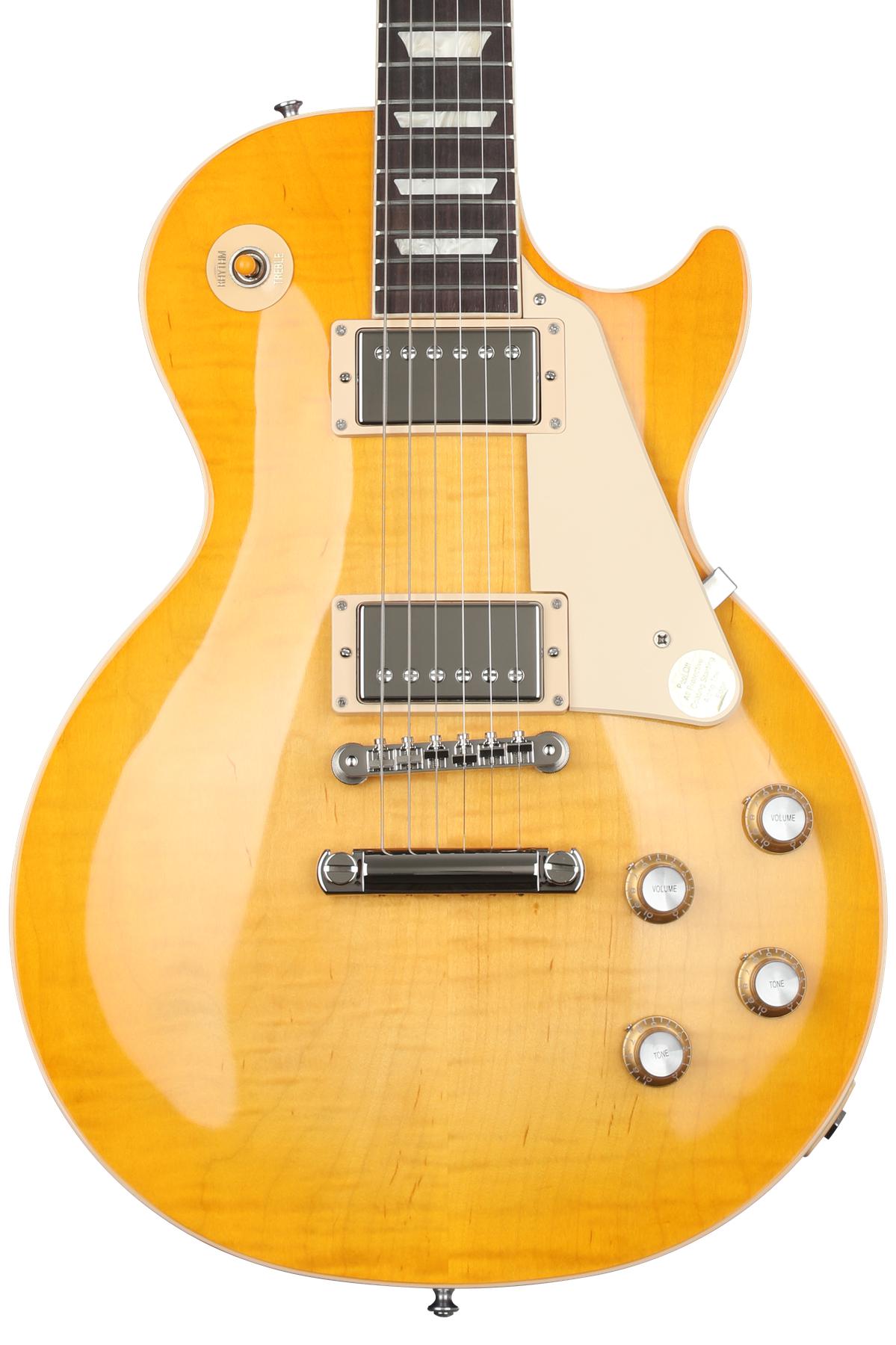 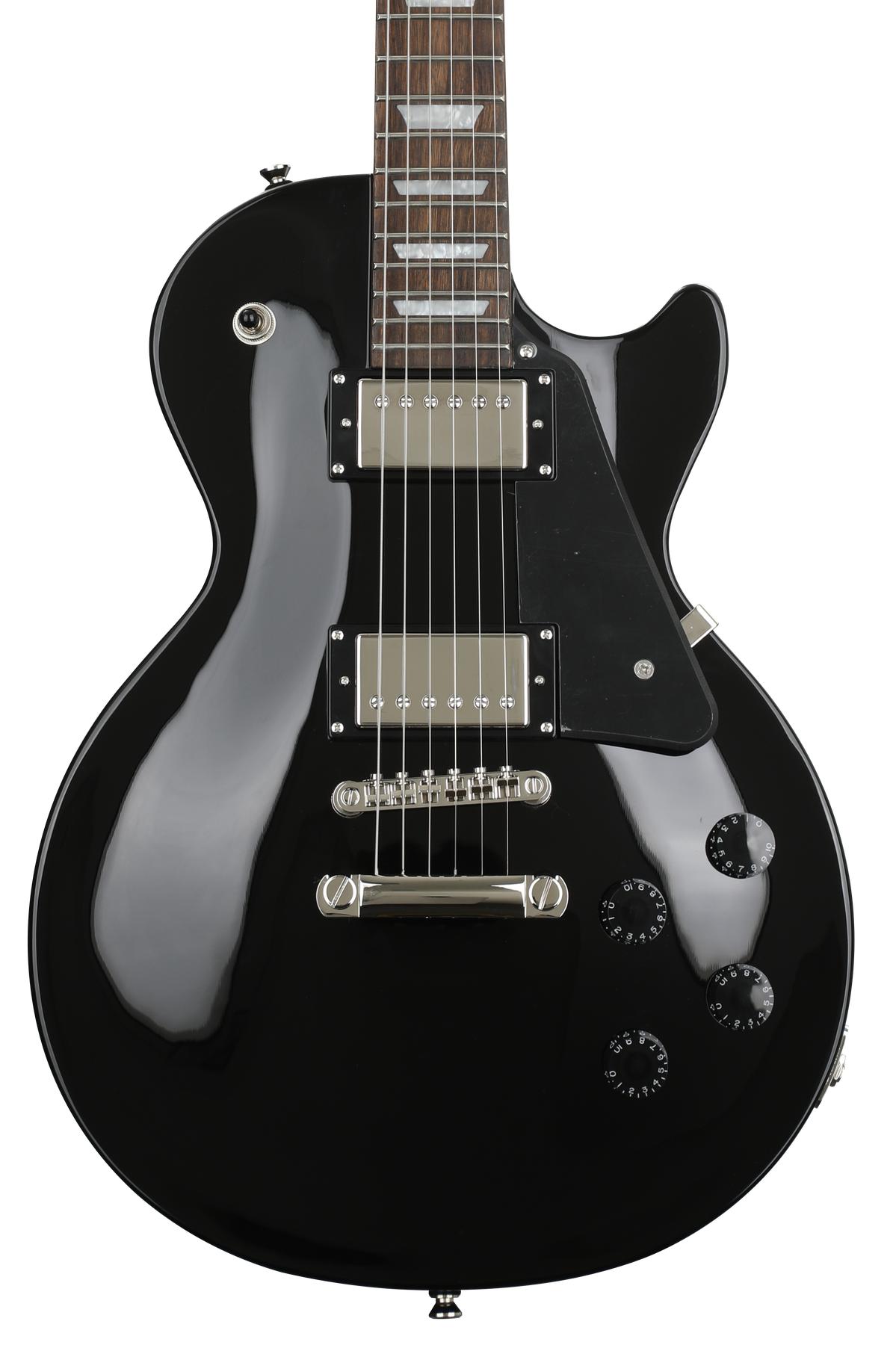 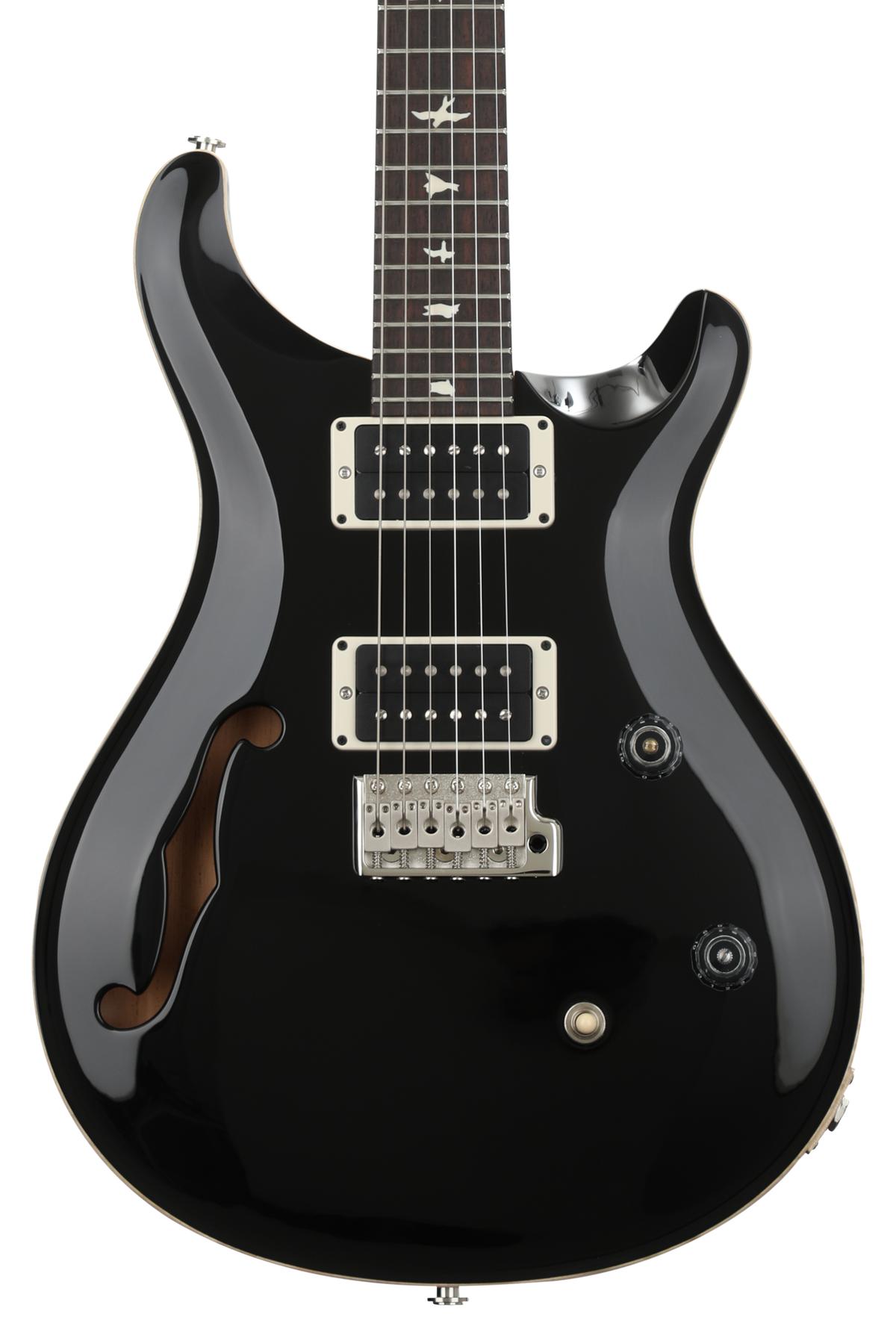 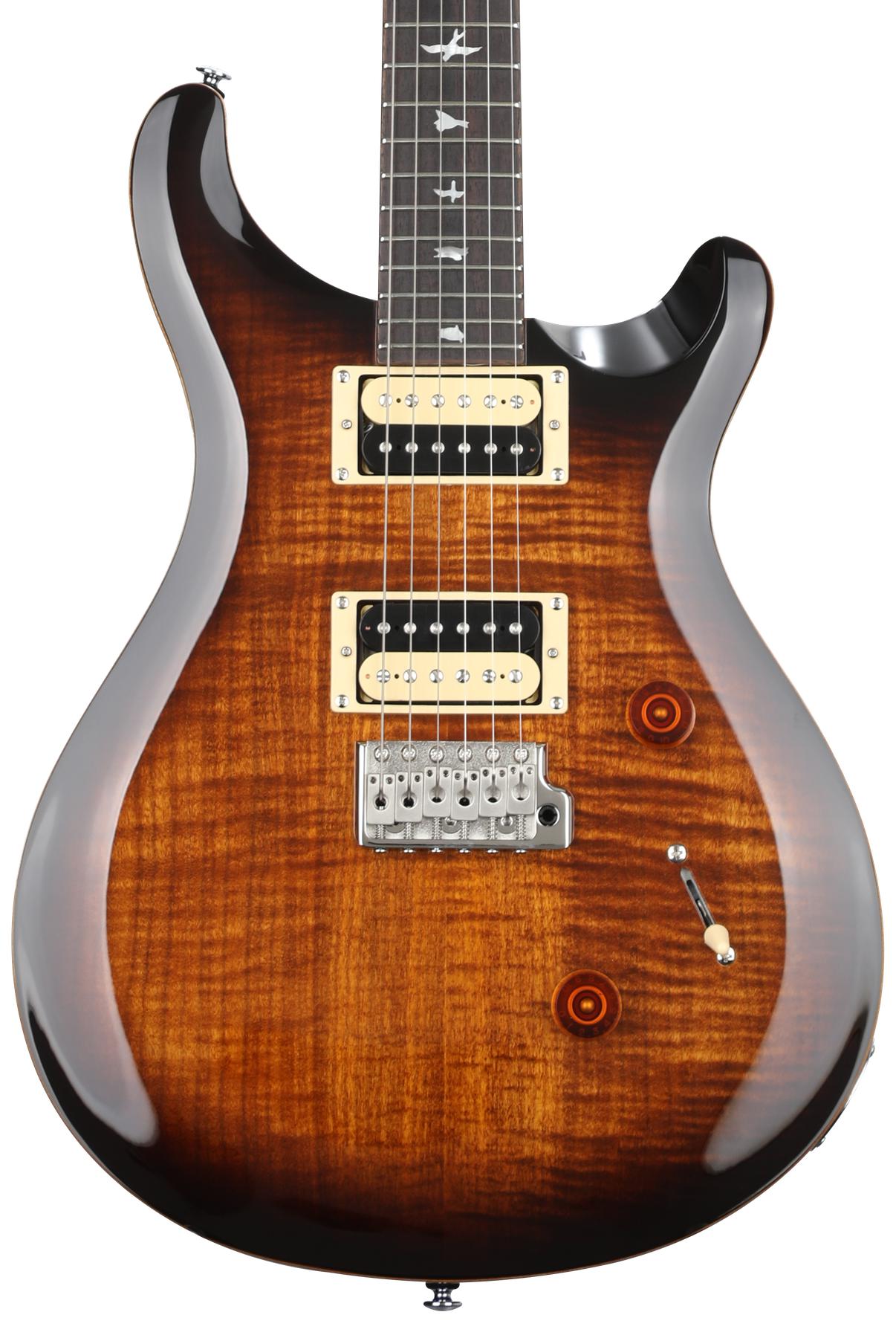 Note that many of the products we recommend are from retailers we partner with. If you click through our orange buttons and make a purchase, we might get a commission at no extra cost to you. It's a great way to support us if you're going to buy some new gear anyways.

What accounts for the differences in price?

While all of these guitars enjoy a similar level of popularity (they're some of the best-selling models in the world), you can see that the prices vary pretty dramatically.

Why is there such a drastic price difference between the Gibson Les Paul Standard and the Epiphone Les Paul?

Here are some of the reasons cost will differ:

Though it matters more in the context of acoustic guitars, tonewood types like Alder, Mahogany, and Maple, have a significant impact on what it costs a company to manufacture a guitar.

The more rare and better quality type of wood, the more expensive the guitar.

For example, it's better to have Mahogany as opposed to Pine.

There's also a more nuanced method of determining the quality of wood which is called hardwood grading.

This method is outlined in detail by the American Hardwood Export Council, and is also a factor in determining the cost and quality of an electric guitar. 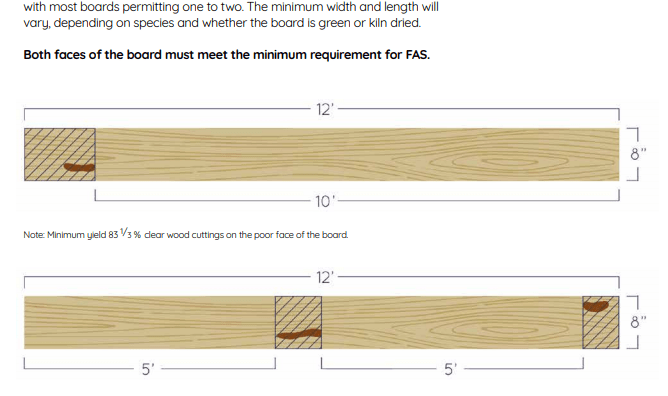 Hardwood grading is extremely thorough and takes every aspect of a piece of lumber into account.

After the body of the guitar, the next biggest factor when determining price is the pickups.

In cheaper electric guitars, pickups will often be "stock" or a cheaper parent company brand. Nicer guitars will use a reputable third-party brand like Seymour Duncan or DiMarzio. 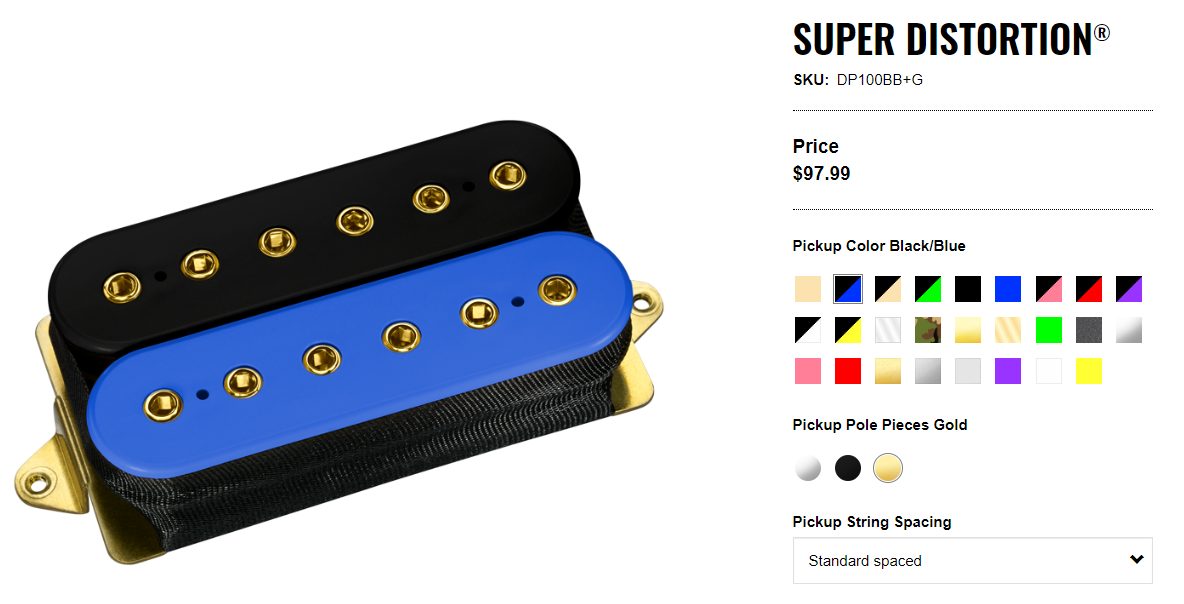 Name brand pickups that are stock will run up the price of an electric guitar significantly, though in most cases they're worth the added cost.

For example, Ibanez is known for making electric guitars and not pickups. Thus, cheaper Ibanez guitars have stock Ibanez pickups while the nicer models have DiMarzio or EMG pickups installed.

Hardware components like the bridge, tremolo system, and tuning machines are in the same camp as pickups.

You can have cheaper stock parts or higher-quality branded pieces, like Grover or Stewmac. 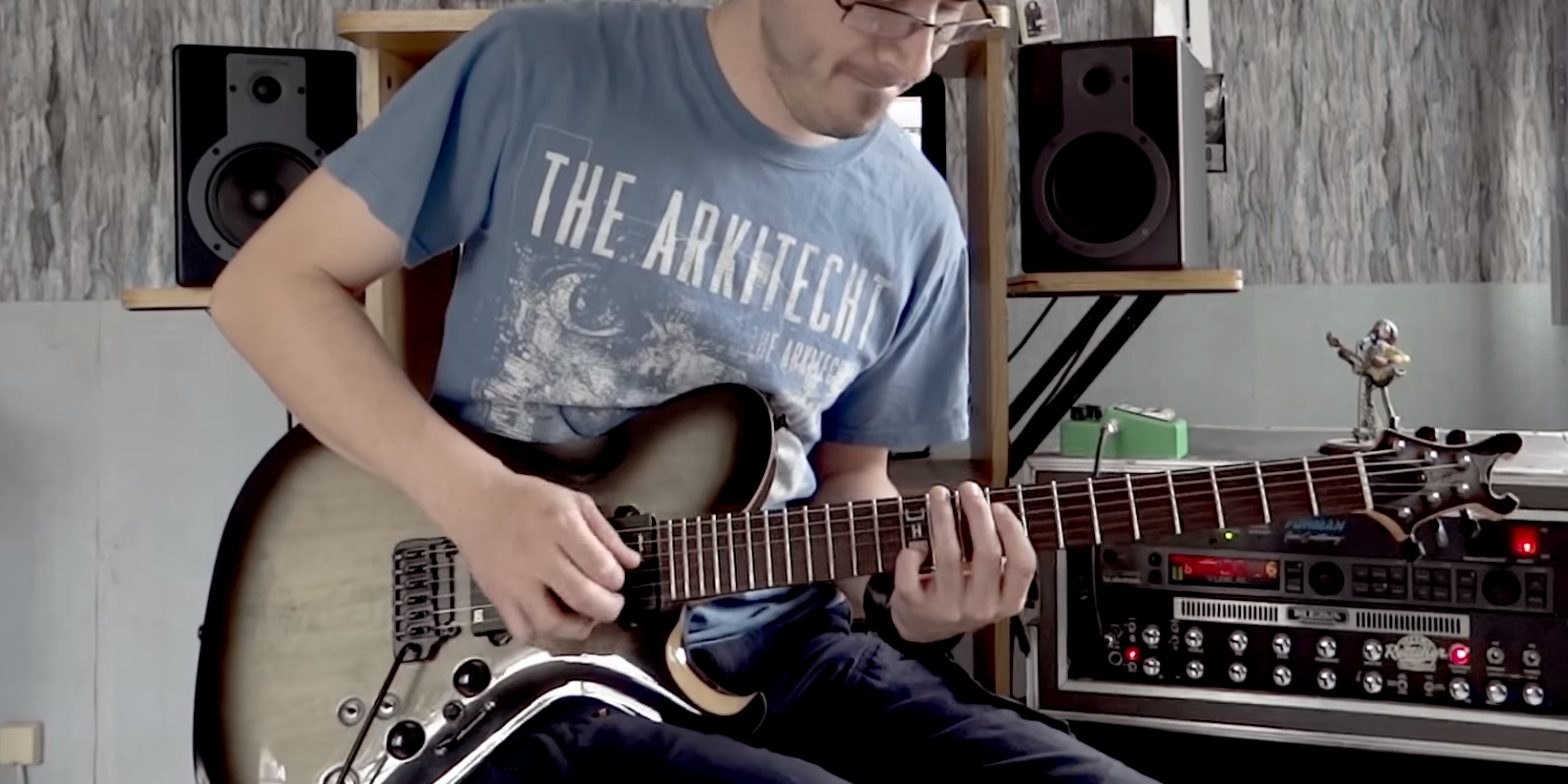 Cesar Huesca's custom-built guitar has a lot of additional controls which run up the cost in the electronics category.

However, these are largely dependent on the pickup type and configuration.

A lot of the more expensive guitar brands will also have a subsidiary that is cheaper and more affordable. Fender has the Squier series, Gibson the Epiphone lineup, and PRS has the PRS SE line.

The SE models are actually manufactured outside of the United States, while mainline PRS models are built in Maryland.

While this means price can differ widely within each brand, you definitely have pricing conventions depending on which brand you prefer.

Check back to our bulleted brand list from earlier for examples.

7. Year the guitar was built

This means that used electric guitars will usually have a year attached to them, again, just like a used car.

For example, my PRS CE 24 was much cheaper when I bought it back in 2012 because it was a 2005 model. If you're buying used, paying attention to the year of the guitar is definitely worth your time, as it can save you a ton of money. 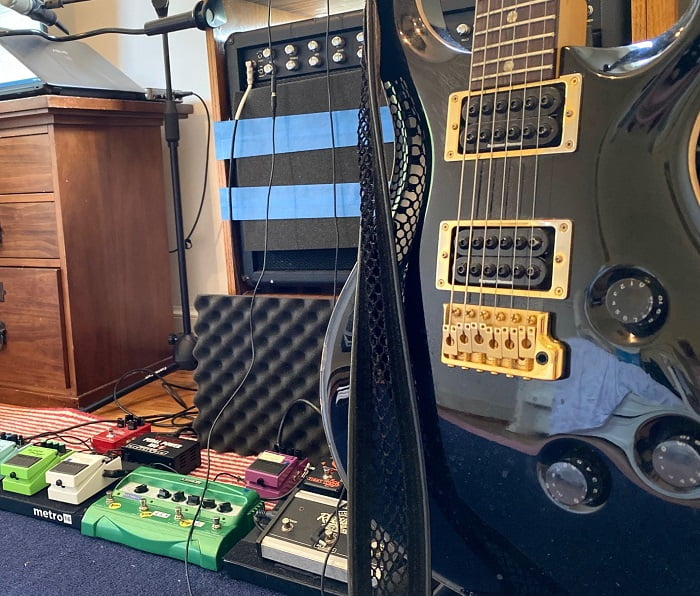 These days, Reverb is the primary authority on used guitar gear. Checkout their electric guitar section for some examples of older year guitars.

8. How many were built and how long they were available

Some specialized or custom models of electric guitars are only produced for a limited time or in a limited amount. Not surprisingly, this typically pushes the cost up pretty significantly.

Choosing Between Popular Electric Guitars and Their Prices

Now that we've established some pricing guidelines, I'm going to talk about some of the more popular guitar brands and models.

We'll cover what type of player might benefit from each guitar to help you make a more informed buying decision. 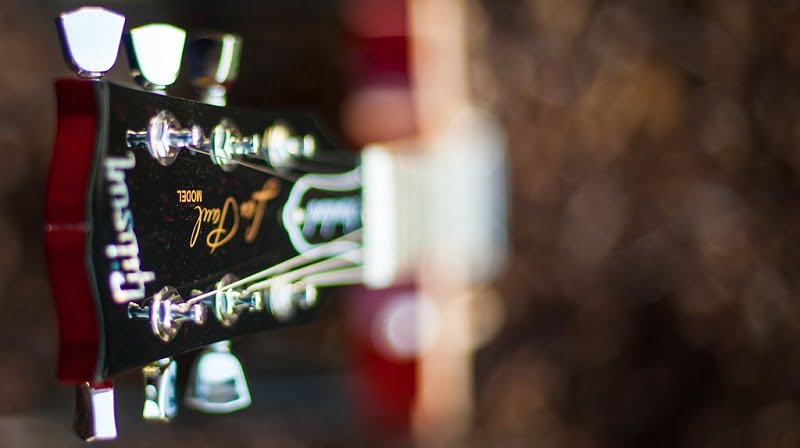 Gibson guitars are a lot of things. "Cheap" is not one of them. Flickr Commons image via Martin Hesketh

Gibson Les Pauls are considered a high-end guitar, good for a wide range of styles, though popular within rock and metal circles. They're expensive, so we'd recommend them for advanced players or those firmly committed to investing in the instrument.

Though it's often used in more of a classic rock context, there are plenty of modern players that use Les Paul electrics heavily.

Originally its own company, Epiphone became a kind of Gibson "economy brand" after being purchased by Gibson. Their guitars are - by comparison - much cheaper.

From a looks perspective Epiphone Les Pauls are difficult to distinguish from their older Gibson siblings.

In fact, many people believe they sound just as good and provide a very similar playing experience. At the same time, you're typically getting much cheaper parts and pickups, so we recommend Epiphone for beginners or intermediate guitar players.

Within that context, they make great modding guitars, meaning you can buy the Epiphone and add nicer pickups or hardware.

All skill levels and musical styles (again rock and metal in particular) are good fits as the Les Paul - even in the Epiphone brand - has universal appeal.

The Fender Stratocaster is one of the most popular guitars ever made with several current series. It's a good barometer of what the average electric guitar cost might be. Flickr Commons image via Merijinloeve

Though in general, they're preferred for lighter musical genres like blues, jazz, and more melodic styles.

It uses single coil pickups, which means its tone isn't as heavy as something like the Les Paul. However, the Stratocaster is the most popular guitar model of all time, making it a great option for all skill levels and a wide range of stylistic application.

Here's how the used pricing shakes out on Reverb:

Pricing trends for the Fender Player Stratocaster as of August 2020.

Similar to the Stratocaster, the Fender Telecaster falls into the same price range for several series within the brand. Flickr Commons image via MGStanton

Fender's second most popular model is the Telecaster, which is well-liked in similar styles of music, though particularly popular in country music circles. Again, it's good for a wide range of pricing and skill levels, providing a unique tone with the neck pickup and single coil slanted pickup at the bridge.

The SE models are the PRS economy line, made in South Korea, and much cheaper than the mainline of PRS made in Maryland. Flickr Commons image via Artbrom

The SE models are made in South Korea and aren't as nice as the mainline PRS options (we'll get to those next). However, they do a good job of capturing a similar level of tone and quality, and they certainly feel like a real-deal PRS.

We love recommending SE models as second guitars, as they're ideal for those getting into the intermediate stages of learning who want to upgrade their beginner electric.

Used options on Reverb can go more often in the $500 range. Notice in the recent sales below, one even going for $120. 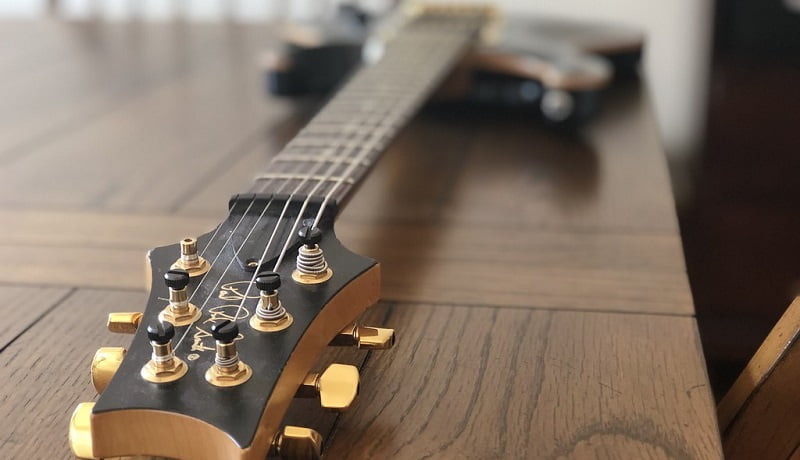 The mainline PRS guitars typically cost north of $2000, unless you look for used deals.

Like the Gibson Les Pauls, most mainline PRS models - like the Custom 24 and CE - series are pretty expensive, limiting them to more advanced and committed players.

Their tone is thicker, similar to the Les Paul, but with some of the playability and speed of the Stratocaster design.

We like it for heavier and more modern styles, but PRS electrics can truly handle any musical style. 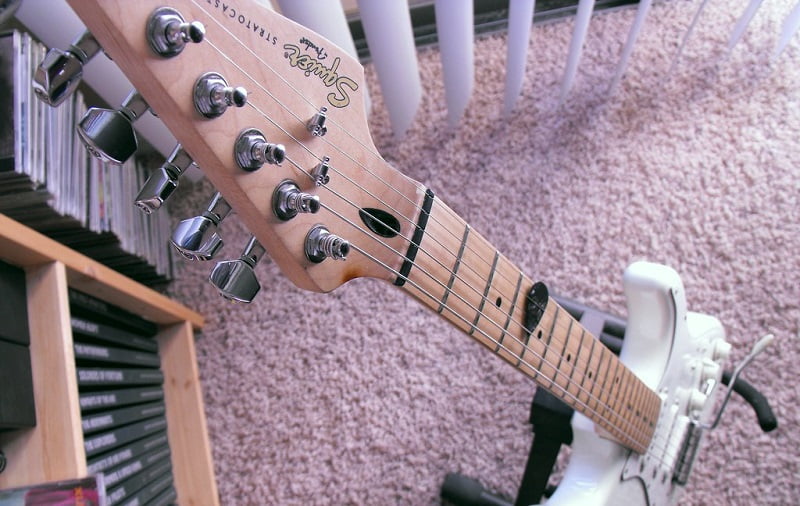 Squier is Fender's economy brand that usually cuts significant percentage off of their Stratocasters and Telecasters.

Squier is a Fender economy line with plenty of low-cost options that are ideal for beginners and even liked by some intermediate level players.

Most of the same appeal you get from the Fender Stratocaster and Telecaster models will apply here.

Buying an electric guitar is a big jump.

It's an investment, even if you're just a beginner, which means it's going to be really helpful to have a range of costs that you can expect. Pay attention to the age of the guitar, manufacturer, model, pickups, and other features we mentioned that can impact price.

As you browse between models, these will be the primary mechanisms driving the price up or down.

Do you have questions about the electric guitars we've listed here, or how we've explained the pricing systems?

If so, leave a comment below and I'll see what I can do to help out.