If you look at pro guitar rigs you might see an overdrive on occasion, but the distortion pedal, as most amateurs understand it, is usually nowhere to be found.

Because professional guitarists almost always get their distortion from their amplifiers, what might be called the "dirty channel" and a subsequent high gain setting. This works for them because they typically have high-end guitar amps with tube-driven onboard distortion.

This almost always sounds better than what you can get out of a pedal.

It's also the more correct way to produce distortion, because true high gain occurs when you have volume pushed past the clipping point at the preamp level, and then a volume control on the power amp that caps overall output.

If you're trying to settle on a distortion source, we'll walk through deciding between relying on an amplifier or a distortion pedal.

Table of Contents (click to jump)
Take the Quiz
Amp or pedal-based distortion?
What kind of amp do you have?
How many channels?
How do you switch between channels?
Type of gain control?
How good does it sound?
Advantages of the Pedal Route
Advantages of the Amplifier Route
Conclusion
Your Questions

What kind of amp do you have?

Take some time to analyze the amplifier you have on hand. If you're thinking about purchasing a distortion pedal, you might be able to save yourself the money by relying on the amp that you've already bought.

Here are a few things to look at:

Does your amplifier have more than one channel? If it does, it's likely that at least one of those additional channels are designed specifically for high gain settings. The following is a pretty common setup:

Sometimes a third channel will be provided simply for having the flexibility of a third gain setting, perhaps to create a less intense form of distortion. If your amp provides multiple channels, see what the dirty channel sounds like and if the distortion satisfies.

How do you switch between channels?

Amplifiers that have more than one channel will also have a mechanism for switching between them. It might be a physical switch a MIDI-controlled footswitch, or a simple knob. 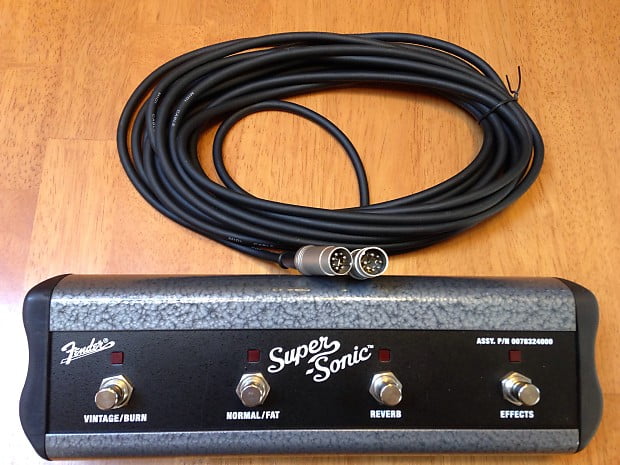 A footswitch like this one - that is usually designed for a specific amp model - will allow you to switch between clean and distortion channels.

If you have a footswitch

If the amp includes a footswitch (or you can buy one) to change the channel, you'll be able to engage a distorted tone from your pedalboard, just like you would a distortion pedal.

This makes the amplifier option even more enticing.

If you don't have a footswitch

However, if you can't procure a footswitch (for whatever reason), you'll then have to switch channels by hand, which I would not recommend.

That's a major downvote for using your amplifier.

Amplifiers with a single channel or no footswitch, should be used for a base clean tone, then supplemented by a distortion pedal.

What type of gain control do you have on your amplifier?

You at least need two controls for dialing in distortion on your amp:

As I've already mentioned, most gain controls will be set at the preamp level while volume or "output" is set at the power amp level. These knobs will look the same on the front panel, but they're set up to allow setting your gain or distortion level to be set before the power amp determines your final volume.

In other words, your guitar's signal goes to the preamp first, then gets pushed out through your power amp to a speaker.

Separation of the preamp and power amp controls on a Fender tube amp.

In this case, the "volume" being placed at the preamp level is technically a gain control.

Either way, the result should be the same. You should have a way to control distortion levels and volume level overall.

Amps with multiple channels might also break it down with gain/volume controls for each individual channel, like we see in the Mesa Dual Rectifier:

Gain and volume controls for each channel in the Mesa Dual Rectifier.

How good does it sound?

The next question you have to answer is a simple one: How good does the distortion from your amplifier sound?

Moreover, does it suit the style of distortion you want to play? Because an amp might have distortion and it might even meet a decent quality standard. But we need to add the context of style, because a bluesy distortion sound is not going to be the same as metal distortion.

While a lot of amplifiers can do both, there are also many that lean to one side or the other.

For example, the Fender Deville has a powerful tube distortion, but it's more bluesy and warm. It's not heavy or saturated enough to pass for metal or modern rock. In that situation you have a great amplifier with onboard distortion, but the distortion isn't well-suited for every style.

Some amplifiers with distortion can handle both vintage and modern styles, like the following:

A couple amp brands that lean more heavily in a modern/metal direction would include Blackstar and Diezel.

Make sure that your amp - or the amp you buy - produces a distorted tone that fits into the style(s) of music you want to play most.

Advantages of the Pedal Route

For this section, I'll assume you don't have a decent amplifier that you trust with your distortion. Maybe you like the clean tone, but the gain? Not so much.

Here, we'll look at some of the implications and advantages of going with a distortion pedal.

Using a distortion pedal is not necessarily bad or wrong.

There are some positives worth noting:

The market has produced some excellent distortion pedals within the last couple of decades. We recommend two in particular: 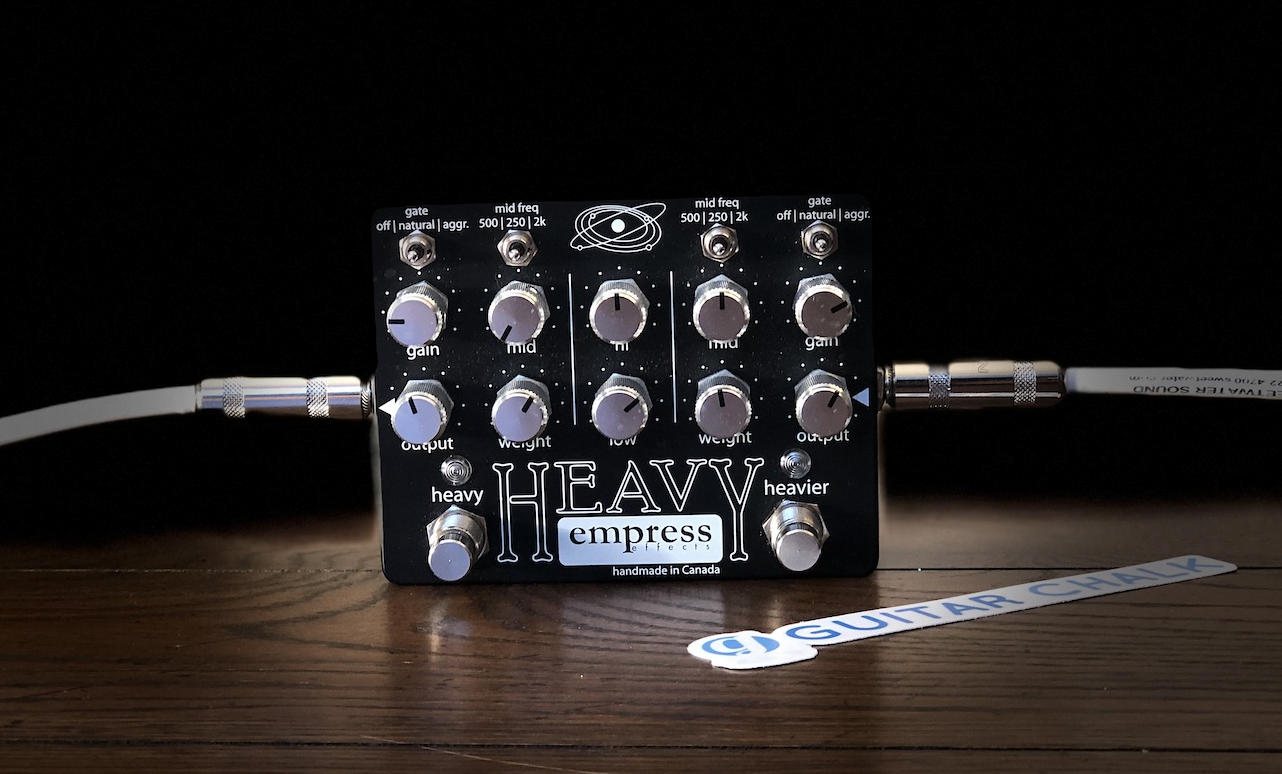 A look at the front panel of the Empress Heavy distortion pedal.

Using a distortion pedal becomes a more plausible route if you don't want to (or can't) spend the money on a decent amplifier. Because cheaper amps can usually handle a clean tone, but few of them compete effectively when it comes to high gain and distortion.

If you're in a situation where you already have an amplifier that's decent, but not to where you trust it with your distortion, going with a distortion pedal is likely the better option.

Advantages of the Amplifier Route

Those with higher end amplifiers - particularly tube amps - are unlikely to need a distortion pedal, and should do everything they can to use the amp they have for as much of their tone as possible.

Here are some of the advantages of using your amp for distortion:

If you have a high-end amplifier with a distorted channel that already sounds great, I wouldn't recommend wasting money on a distortion pedal. All of this really comes down to the quality and functionality of the amp you have on hand.

If that amp can do the job, let it.

Don't get a pedal to do something that amplifiers are uniquely designed to do.

For those who haven't purchased an amp, this is something that you should consider up front. You might have to spend more for a nicer amp, but in the end it'll be worth it because you'll have something that can produce a great clean tone and a great distorted tone.

If you have questions about whether you should use a pedal or amplifier for your distortion, feel free to leave me a note in the comments section below. We've built a decent-sized community on Guitar Chalk, so others are likely to chime in there as well and we can improve this article together.