In the world of guitar amps, you may have seen or heard people referring to preamps and power amps. If you're like me when I first started playing guitar, you may have had no idea what any of that meant.

You just know you have a guitar amp.

In this article we're going to unpack the parts of a guitar amp and the difference between a preamp and power amp.

What's the difference between a preamp and power amp?

The Difference Between a Preamp and Power Amp (the simple answer)

Most of the time, people buying a guitar amp end up with what's called a "combo amp" which is actually made up of three components:

While they're all boxed into one unit, each is responsible for a separate function of your amplifier and a different role in the amplification process.

Preamps are responsible for strengthening the extremely weak output from your guitar. This is also the stage where you'll tweak EQ and add gain, which is basically volume increased before the power amp level, thus creating distortion or overdrive. The power amp is a second layer of amplification that increases the volume coming out of the preamp, also called the "line level signal." This increase is ultimately the "master volume" or what you hear finally projected out of your speaker cab.

This is why you'll often have multiple volume controls on an amplifier, as we see in the following picture:

Multiple volume controls: Three for the preamp (clean, gain, and volume) and one for the power amp (master).

Now, let's get into some of the specifics of what can be controlled at the preamp and power amp levels.

Most tone manipulation happens at the preamp level. This means you'll often have multiple volume knobs, perhaps some labeled clean, gain, or volume as in the above example. You'll also have EQ controls like bass, midrange, and treble at the preamp. Less commonly you'll see presence or bright controls here as well. 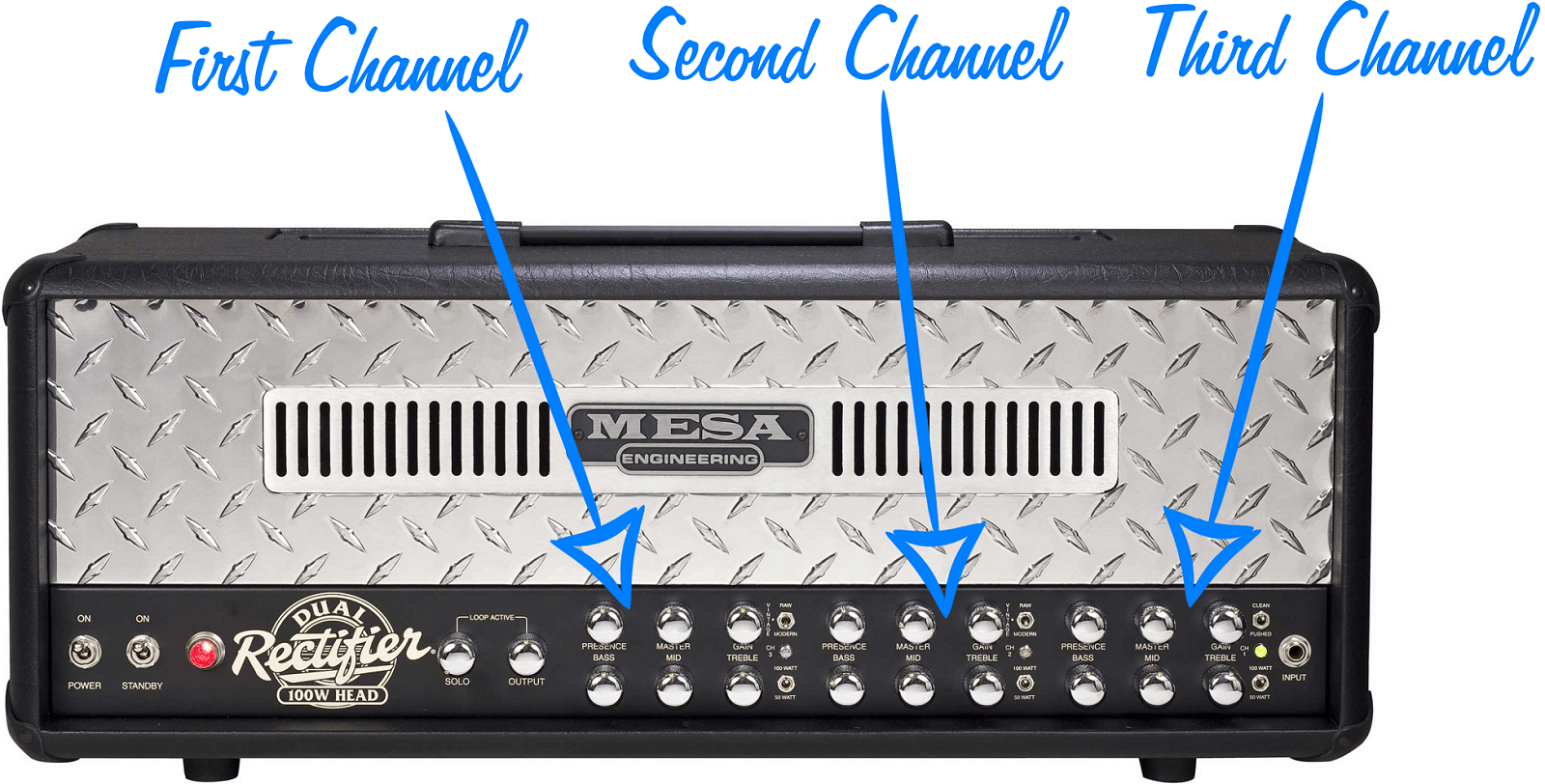 Volume, gain, and EQ for each individual channel will be set before your signal reaches the power amp.

This type of setup lets you switch between channels at your preamp with varying volume levels, while setting a master volume at your power amp.

The power amp's primary responsibility is volume, and making sure your signal is loud enough for open air through a speaker cab. Some guitar amps have a line out that lets you bypass the power amp, which is helpful for recording or going straight into a PA system.

But in the power amp, you typically have the following controls:

If an amp has presence and reverb controls, they'll usually be implemented globally, meaning their settings will apply to each channel coming out of the preamp. In some cases, these can be moved to the preamp level depending on the manufacturer or the type of amplifier.

Master volume - at the power amp level - will set the overall output level of the entire amplifier, regardless of gain or volume settings on individual channels.

It's a far more straightforward process, giving you volume and helping you take full advantage of your speaker cab and amp wattage.

Separating the Preamp and Power Amp

As I mentioned earlier, most guitar amps are purchased as combos, with preamp, power amp, and speaker cab included, like this Fender Deluxe: 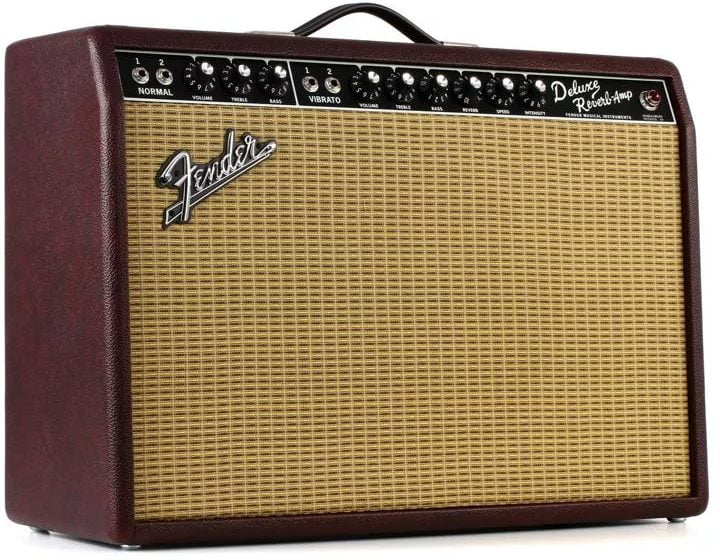 But what if we want them all separate? How does that work? Many professional guitarists prefer to get these elements separately as it gives them a lot more flexibility with their sounds. If you were to do the same, here's how it might look:

Preamps will usually come in rackmount form, with volume, gain, and EQ controls. The Mesa Rectifier preamp is a good example, as it's primarily used for recording and won't be super-loud without a connected power amp:

The Mesa Recording Rectifier is a preamp only.

A rackmounted power amp will look a lot simpler with an on switch, level (volume) controls, and perhaps a presence knob.

The power amp is a much simpler unit, essentially just for that final push of volume.

Once you have a preamp and power amp, the speaker cab is the last piece you need before you've essentially re-created a working amplifier. 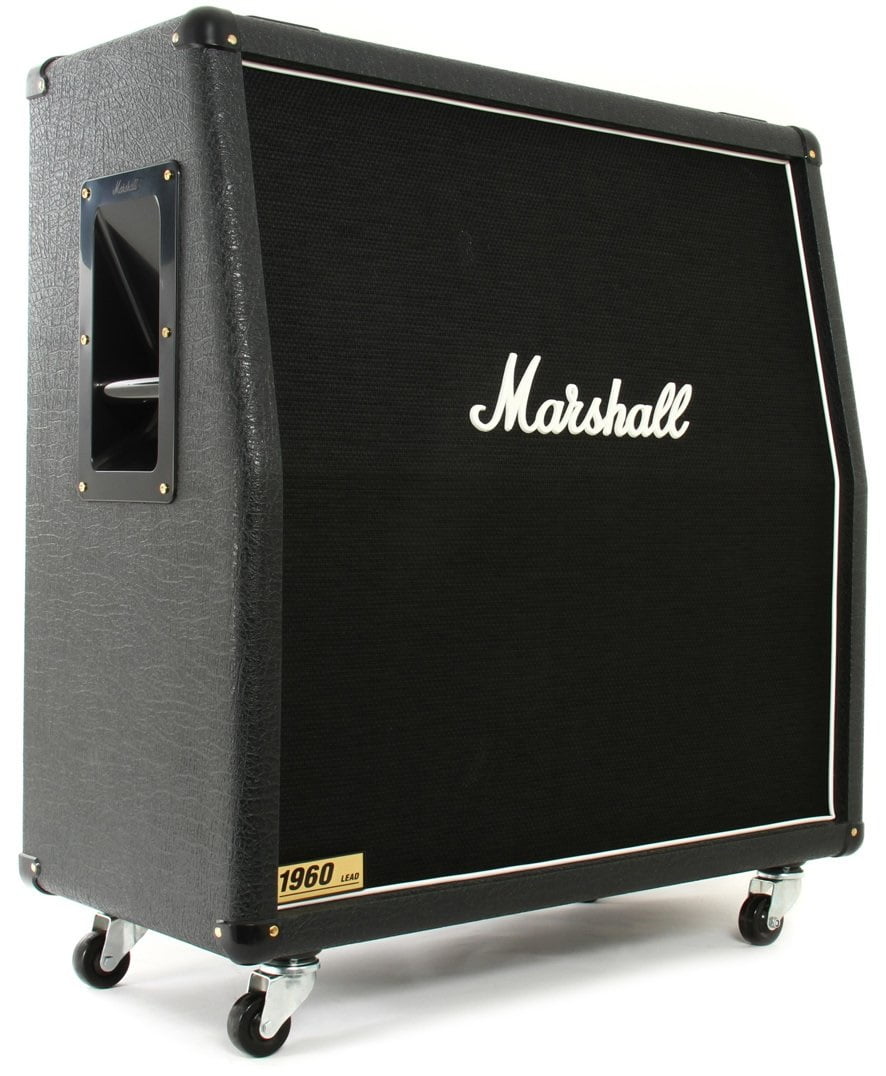 The external speaker cab is the final piece and the end of your signal chain.

In this arrangement, you can see that your guitar's signal travels from the pickups, to the preamp, to the power amp, and then finally to your speaker where it can be heard audibly. The combo amp that we saw earlier is simply a combination of all three pieces in one: 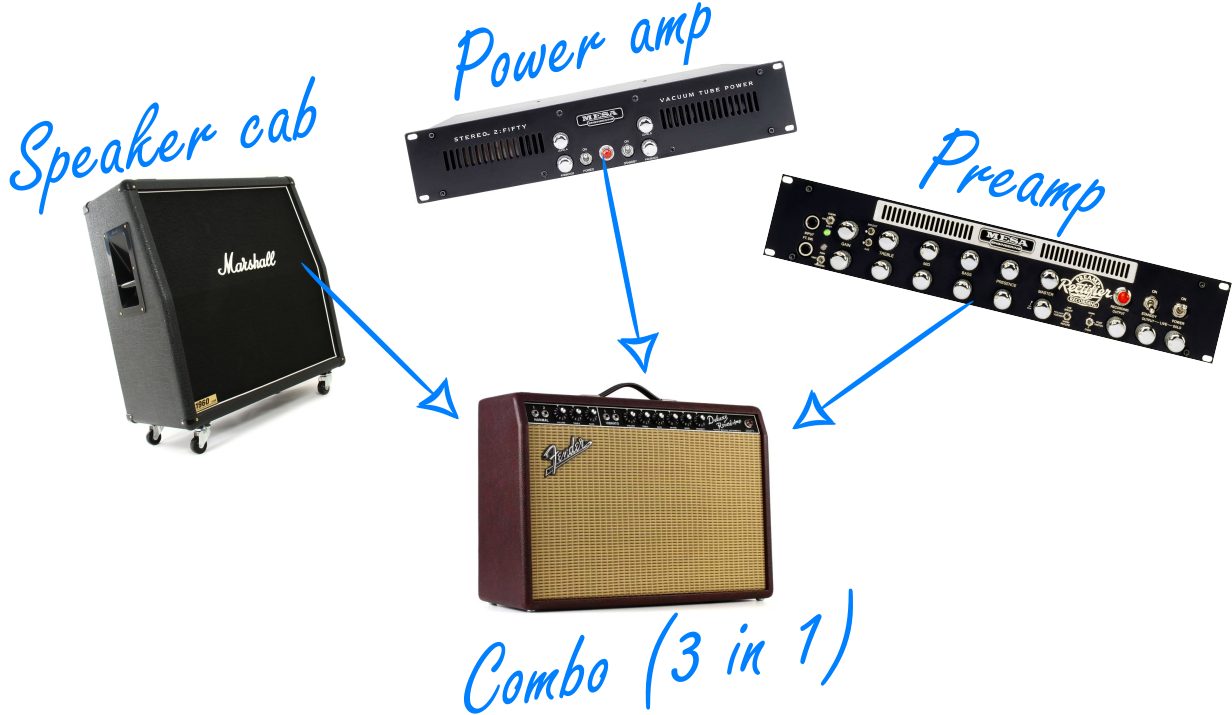 A combo amp includes the preamp, power amp and speaker cab all in one unit.

While the language can be confusing initially, the difference between preamps and power amps is pretty straightforward.

For easy remembering, the preamp handles tweaking and tone while the power amp handles volume and projection. If you're interested in setting up your amp with separated preamp and power amp units, checkout our write-up on how to setup a guitar rack system.

That article also covers the difference between amp heads (heads usually have a preamp and power amp but no speaker cab) and combos as well.

If you have questions about preamps and power amps that we didn't address here, feel free to drop a note in the comments section below and I'll be happy to help out as best I can.